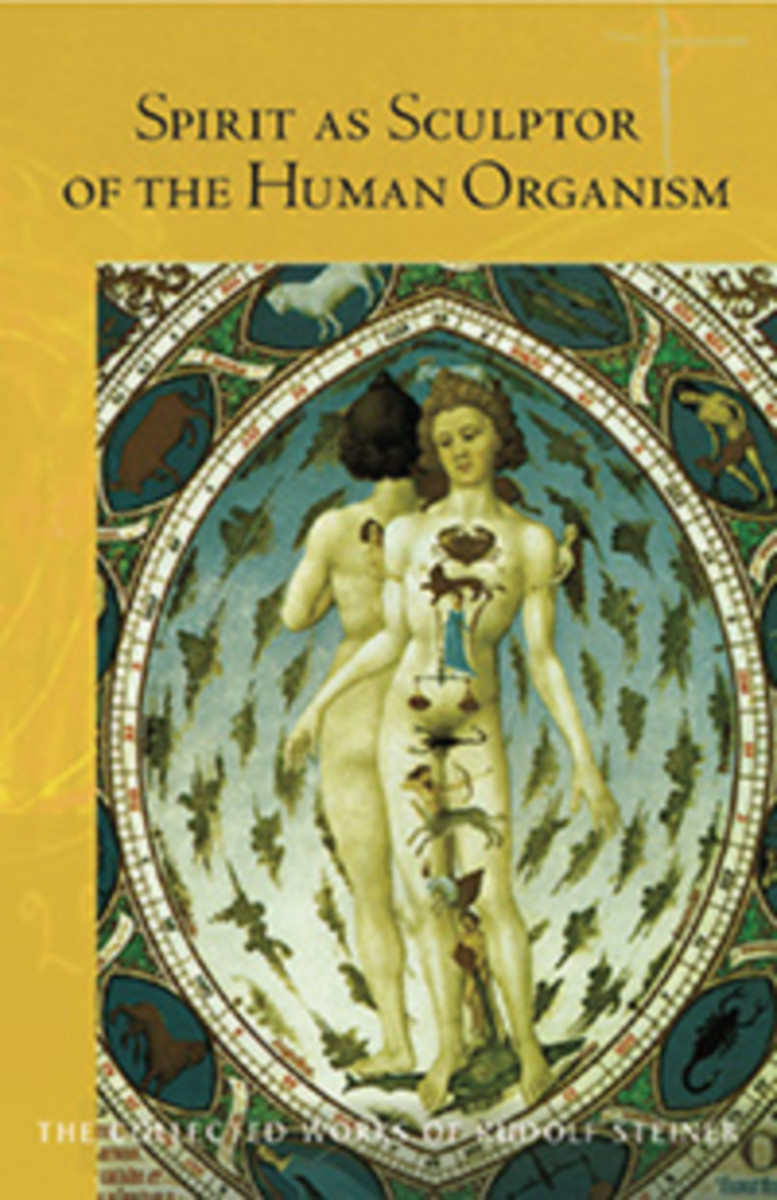 Spirit as Sculptor of the Human Organism

In a wide-ranging series of lectures, Rudolf Steiner demonstrates the integral nature of spirit and matter and their manifold connections. Speaking to audiences in London, Holland, Germany, and Switzerland, Steiner explains how, through a process of evolving consciousness, humanity lost its knowledge and direct experience of the spiritual sources of existence but now needs to reconnect with them. Spirit is the essence and power of life that, in Steiner’s vivid image, “strikes a match in our whole being” when we allow it to inform us fully.

Our world cannot be understood in only physical terms; rather, it is inseparable from the divine realities that continually create and sustain it. Reconnection with the spirit requires us to heal the fractures between ordinary consciousness and the metaphysical realms in which we are already embedded. In Steiner’s descriptions, there is no end to the many reconnections possible—connections among our past, present, and future; between the active, individualizing principle of the “I” and the physical human body that it affects and shapes; between our physical actions and limb movements in one life and the formation or shaping of our head in a future one; and. above all, between our moral actions and insights gained while alive on Earth and our developing “eye” for spiritual reality in the life after death—with all that this can mean for the future of humanity’s evolution.

Taking a truly holistic approach, Steiner tackles an eclectic series of subjects throughout these sixteen lectures, all united by the common theme of rediscovering how spirit pervades life. In addition to a focus on education in several lectures, he discusses experiences during sleep; the human spirit and soul between death and a new birth; how spirit “sculpts” the human organism; Christ from the perspective of Anthroposophy; the battle between luciferic and ahrimanic beings for human nature; karma and the creation of conditions for our return to a new life on Earth; human experience of the etheric cosmos; and the human faculties of hearing, speaking, singing, walking, and thinking.

These lectures offer a cornucopia of spiritual insights and wisdom for today.

This volume is a translation from German of Geistige Zusammenhänge in der Gestaltung des menschlichen Organismus (GA 218).

The Connection between the Living and the Dead
(CW 168)

The Influence of the Dead on Destiny
(CW 179)