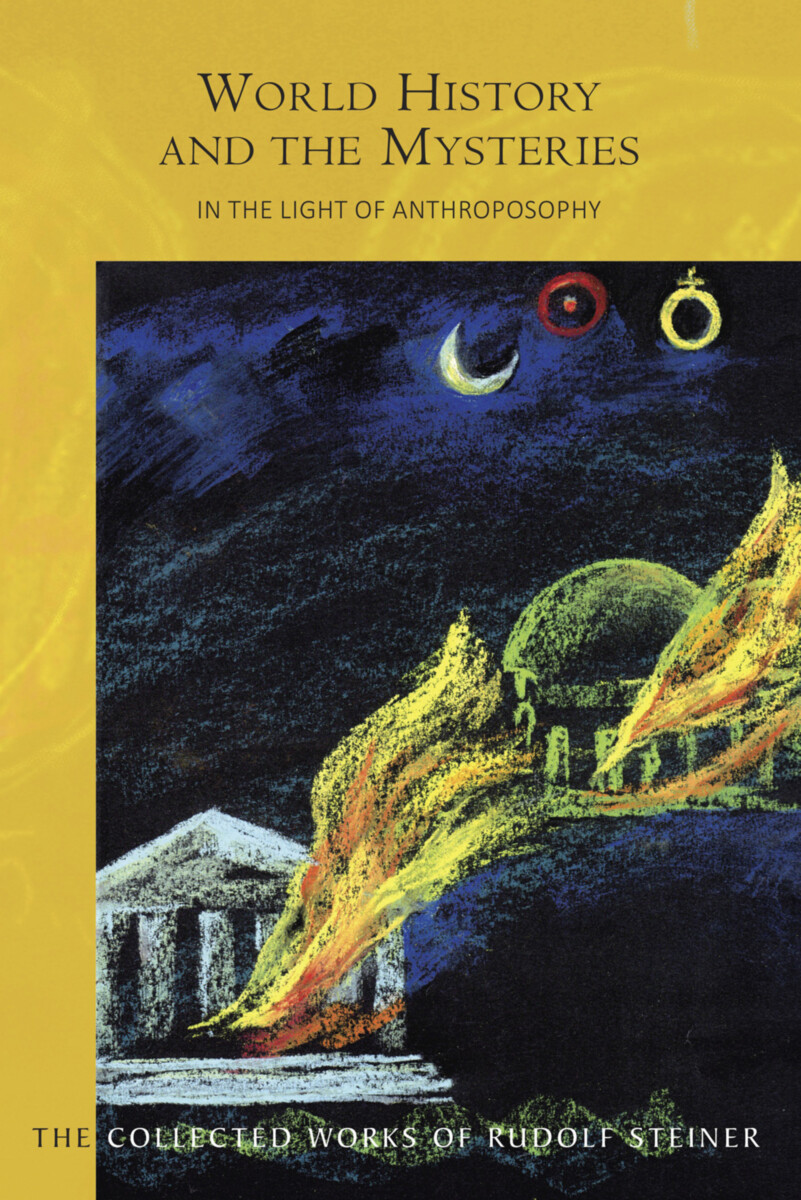 World History and the Mysteries

In the Light of Anthroposophy (CW 233)

In this landmark series of lectures, Rudolf Steiner challenges the notion that human consciousness has in essence remained the same throughout history. On the contrary, we can only see the past in its true light when we study the differences in human souls during the various historical eras. Consciousness, he says, evolves constantly and we can only comprehend the present by understanding its origin in the past.

Delivered in the evenings during the course of the “mystery act” of The Christmas Foundation Meeting—when Rudolf Steiner reestablished the Anthroposophical Society and for the first time assumed a formal role within it—these lectures study world history in parallel with the ancient mysteries of initiation, showing how they are intimately linked. Steiner describes consciousness in the ancient East and follows the initiation principle from Babylonia to Greece and its influences on present-day spiritual life. He also discusses Gilgamesh and Eabani, the mysteries of Ephesus and Hibernia, and the occult relationship between the destruction by fire of the Temple of Artemis and the burning of the first Goetheanum in Dornach, Switzerland.

Published for the first time with color plates of Steiner’s blackboard drawings, the freshly revised text is complemented with an introduction, notes, and appendices by Professor Frederick Amrine, plus an index.

This volume is a translation from German of Die Weltgeschichte in anthroposophischer Beleuchtung und als Grundlage der Erkenntnis des Menschengeistes (GA 233). A prevous edition of these lectures was published as World History in the Light of Anthroposophy (1977).

1. Dornach, Dec. 24, 1923
The development of memory in the course of human evolution

4. Dornach, Dec. 27, 1923
The Hibernian Mysteries and the Mysteries of the Logos of Artemis at Ephesus

5. Dornach, Dec. 28, 1923
The conception of nature and spirit in nature of the oriental mysteries and its shadow image in the Greek civilization

6. Dornach, Dec. 29, 1923
The time between the burning of the Temple of Artemis and the death of Julian the Apostate—the working of Aristotelianism up to the spiritual revelations in the last third of the nineteenth century

7. Dornach, Dec. 30, 1923
The losing of insight into the relationships between humans and the universe in modern times

9. Dornach, Jan. 1, 1924
The right entry into the spiritual world—the responsibility incumbent on us

APPENDICES:
1. The evolution of consciousness
2. Representation
3. The hierarchies
4. Cosmic evolution
5. The etheric and the astral bodies
6. Ahriman and Lucifer
7. Ita Wegman

At the Dawn of a New Consciousness
Art, Philosophy and the Birth of the Modern World

War, Progress, and the End of History
Three Conversations, Including a Short Tale of the Antichrist
OR