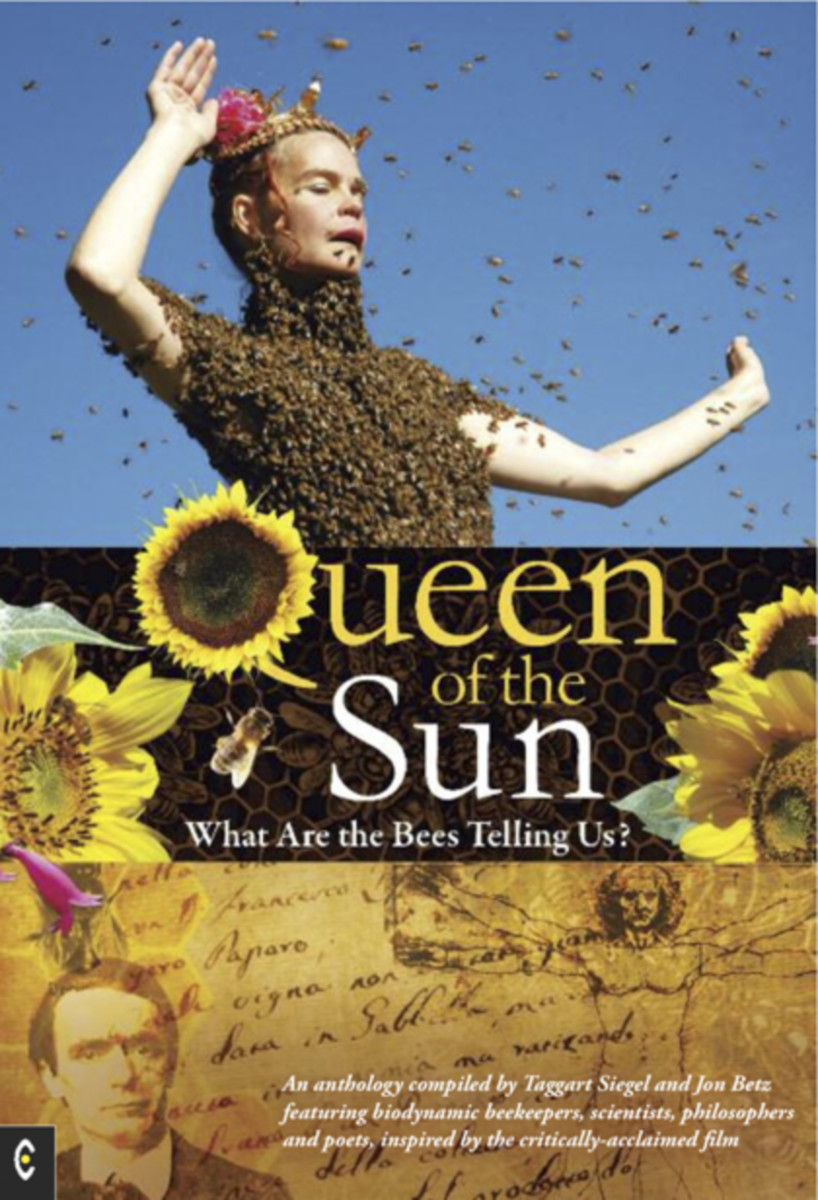 In autumn 2006, an unnerving phenomenon hit the United States; honeybees were mysteriously disappearing from hives across the nation, with beekeepers reporting losses of between thirty and ninety percent of their colonies. The problem soon spread to parts of Europe and even Asia, earning the name Colony Collapse Disorder. To this day no one is quite sure why it is happening or the exact causes. However, in 1923 Rudolf Steiner predicted that bees would die out within a hundred years if they were to be reproduced using only artificial methods. It is startling and worrying that his prediction appears to be coming true.

Queen of The Sun: What Are the Bees Telling Us? is a companion book to the critically acclaimed film of the same name. Compiled by the film's director Taggart Siegel, it makes a profound examination of the global bee crisis through the eyes of biodynamic and organic beekeepers, scientists, farmers, philosophers, and poets. Revealing the mysterious world of the beehive and the complex social community of bees, the book unveils millennia of beekeeping, highlighting our historic and sacred relationship with bees, and how this is being compromised by highly mechanized and intensive corporate agribusiness practices. The bees are messengers, and their continuing disappearance is a resounding wake-up call for humanity.

With full-color, stunning photography throughout, this engaging, alarming, but ultimately uplifting anthology begins with an account of how Siegel's film came to be made. It continues with a wealth of articles, interviews, and poems that offer unique philosophical and spiritual insights. In addition to investigating many contributory causes of Colony Collapse Disorder, the book also offers remedies and hope for the future.

PRAISE FOR THE FILM QUEEN OF THE SUN:

“[B]rings together a vibrant array of ideas, information, musings, and art about the honey bee. From the poetic and esoteric to the scientific and specific, there is something for everyone in this book.”
—Thea Maria Carlson, Biodynamics Blog

“Visually sumptuous...lovingly shot, near-psychedelic imagery, which serves as an unusually visceral reminder of the rich variety in nature—and what's at stake if bees bug out for good.”
—Village Voice

Toward Saving the Honeybee

The World of Bees
From the Work of Rudolf Steiner
OR