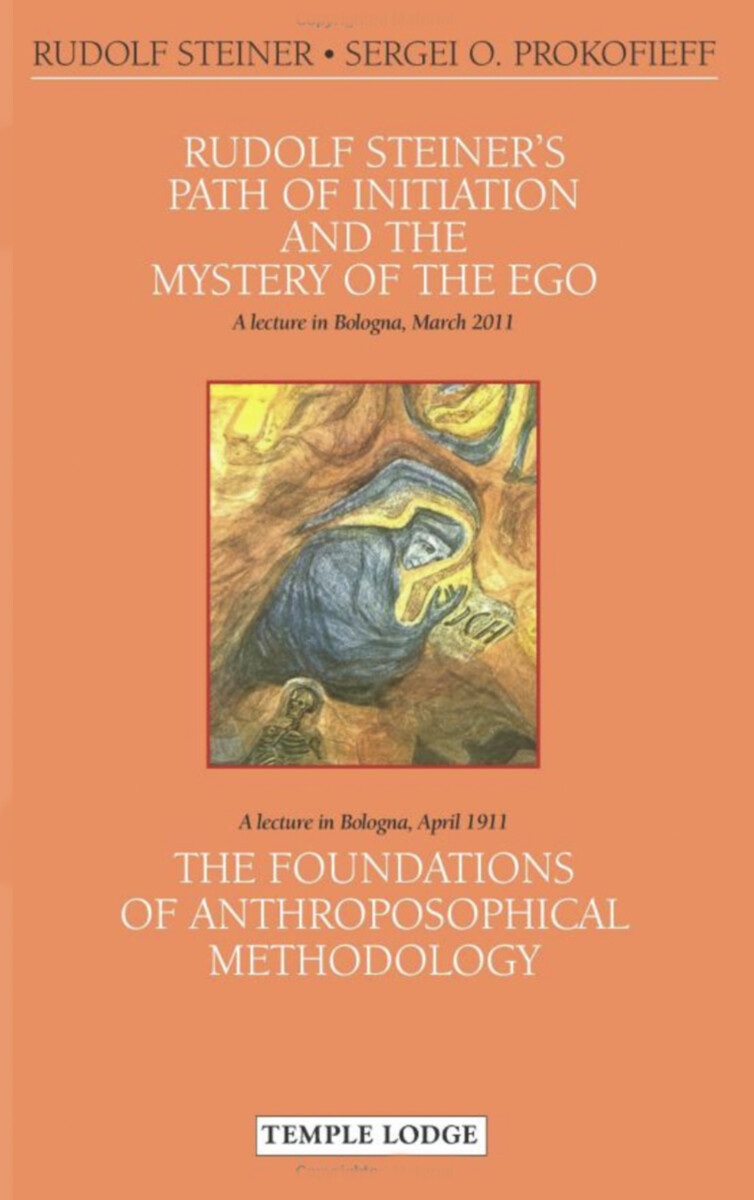 Rudolf Steiner's Path of Initiation and the Mystery of the Ego

and the Foundations of Anthroposophical Methodology

A special conference took place in Bologna in spring 2011, marking the hundredth anniversary of a unique lecture Steiner delivered to a philosophically trained audience in the same city. In his key exposition, Steiner had given a concise description of the spiritual-scientific theory of knowledge as well as a brief outline of the anthroposophic path of training.

In his contribution to the 2011 congress, Prokofieff tackles two principal aspects. On the one hand, he describes how Steiner’s Bologna lecture contained the essential foundations for a new “science of the human ego” (the human “I”). On the other hand, Prokofieff states that Steiner was the first person to transform this theory into a practical path of knowledge, following it to its very conclusion. Thus, the words of Steiner’s lecture were based entirely on personal experience.

Together with a transcript of Steiner’s full Bologna lecture, Prokofieff’s lecture is reproduced here in an expanded version. In addition, this volume features Steiner’s important “summaries of essential points,” in which he develops and connects some of his key thoughts with further aspects of Anthroposophy, especially in relation to their Christological foundations.

PART ONE: SERGEI O. PROKOFIEFF
RUDOLF STEINER’S PATH OF INITIATION AND THE MYSTERY OF THE EGO

1. Lecture in Bologna, April 8, 1911
- The Psychological Foundations of Anthroposophy
- A Spiritual-scientific Mode of Perception Based upon Potential Psychological Facts
- The Experiences of the Spiritual Researcher and the Theory of Knowledge

2. Two Summaries of Essential Points from the Lecture in Bologna
- Theosophy and Modern Cultural Life
- A Statement about Theosophy at the Fourth International Philosophy Conference

Initiation Science
And the Development of the Human Mind (CW 228)

The Stages of Higher Knowledge
Imagination, Inspiration, Intuition (CW 12)
OR