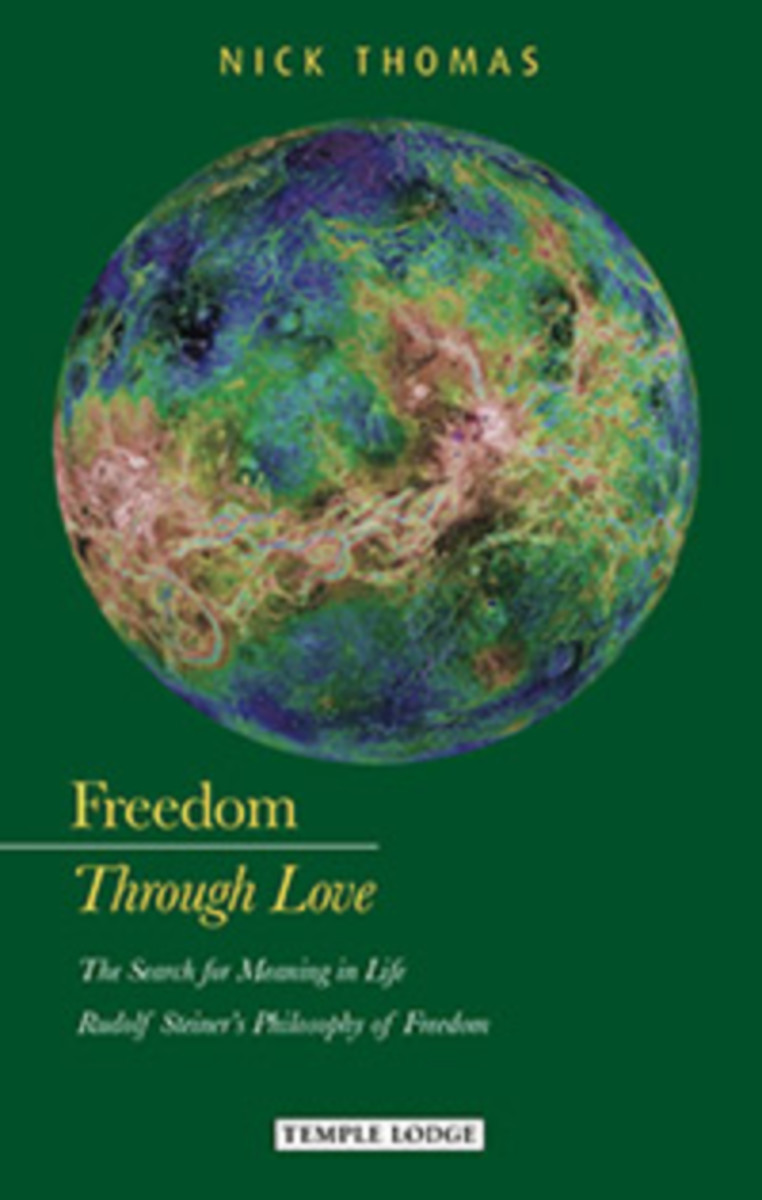 The Search for Meaning in Life: Rudolf Steiner's "Philosophy of Freedom"

What does it mean to be human? What is knowledge? What is freedom? Philosophy offers answers to these questions. However, are its rarefied arguments relevant to people today or merely abstractions? Aren’t we really more occupied with daily survival and the unending problems that surround our human relationships?

Nonetheless, most if not everyone looks for meaning in life. It is less than satisfying to think of ourselves as specks on a random planet in a solar system and part of a vast, clockwork universe. To dismiss consciousness as meaningless or merely a play of chance is to give up our efforts to find any true meaning in existence.

Freedom through Love offers possibilities for dealing with some of these big questions and leads us to satisfying and convincing conclusions. Although based on Rudolf Steiner’s “Philosophy of Freedom,” Nick Thomas does not begin his book with complex philosophical arguments, but with themes that reflect the modern time. “Let us not start with abstract questions far from life, but from life itself,” he suggests in his opening page. Thus, the search for meaning, truth, freedom, and love begins with the realities of our daily life—people and human relationships, which constitute the most difficult, though real, issues of contemporary society and life

Freedom through Love
Levels of Freedom
The Role of the Senses
Concepts
The Role of Thinking
What Are Inner Experiences?
Spiritual Activity
Summary and Conclusion

Nick C. Thomas has been the full time General Secretary of the Anthroposophical Society in Great Britain since 1985. He trained as an electrical engineer in the Royal Air Force, serving as an engineering officer for sixteen years and, subsequently, worked in data communications for Nortel. With Lawrence Edwards and John Wilkes he researched the practical application of projective geometry. His major research interest is the development and application of Steiner's discovery of negative space to building a bridge between natural and spiritual science. He lectures widely on this and on other anthroposophic subjects.