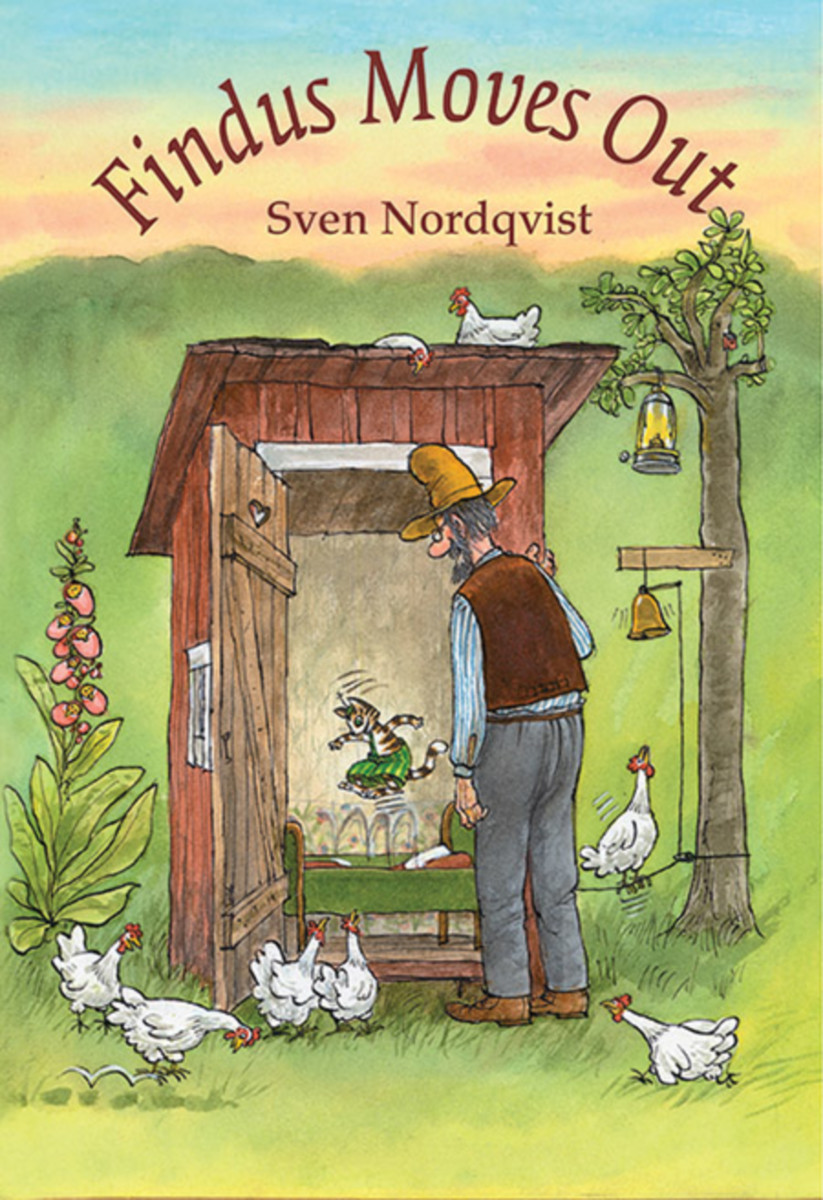 Every day at four o'clock in the morning, Findus likes to jump up and down on his bed. He wakes Pettson, who tells him to stop.

Because cats really need their early morning exercise, Findus decides to find a house of his own where he can jump and bounce when he likes.

But jumping on beds is one thing...living without Pettson is quite another.

“Their friendship is robust, profound, sincere, and—I dare to claim—one of the best anywhere in children’s literature. They have their ups and downs, their arguments and makings up, and along the way there is always a great deal of madcap humor.”

—Playing by the Book

“The Madhouse Mini-testers have requested this book several times at bedtimes and have been squealing excitedly before I’ve even got to the first page. Juliette does always end up doing impressions of Findus bouncing around on the bed though, so I may have to move it forward to a mid-afternoon read so that the excitement doesn’t prevent them going to sleep!”