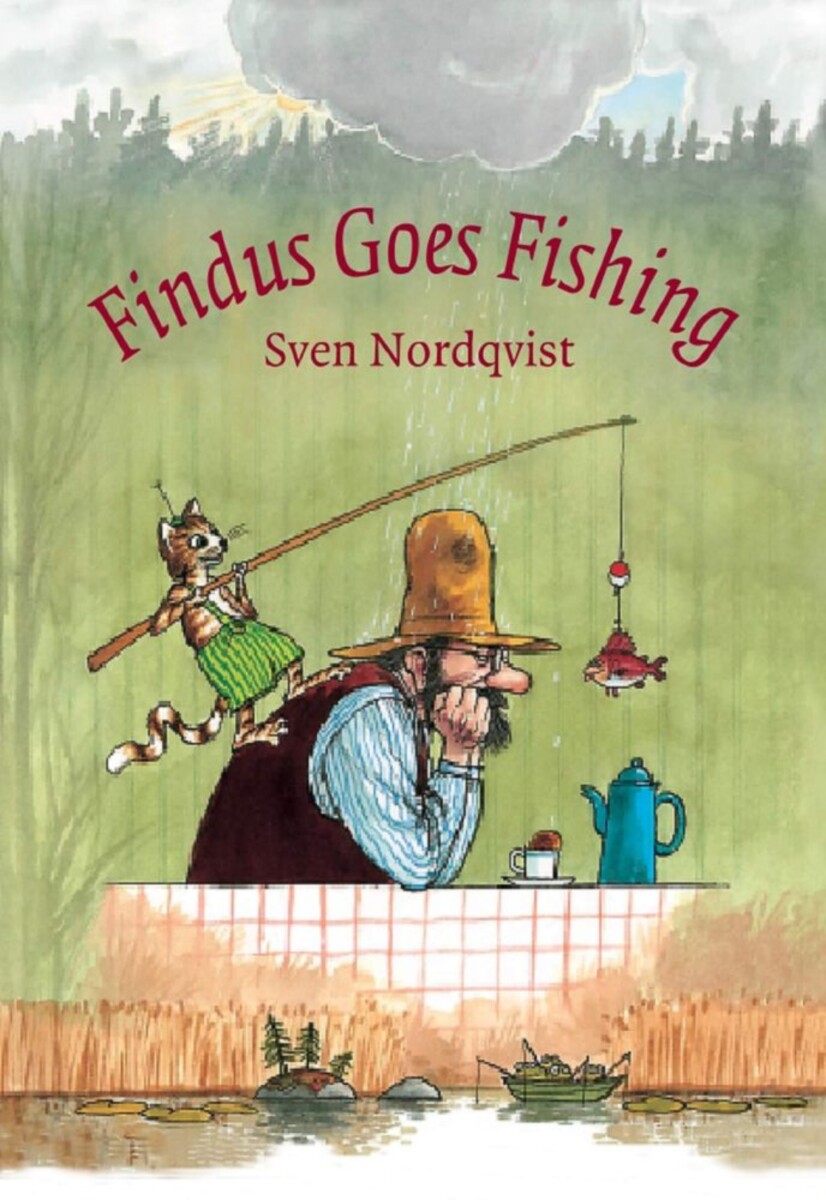 "I’m in a bad mood and I want to be left alone," says Pettson.

Findus the cat stares at him. He’s never seen the old farmer so grumpy. I must cheer him up, he thinks. Somehow. "Can’t we go fishing?" he says. "Then you’ll feel better."

But Pettson doesn’t want to go fishing. It’s cold and wet, and he must dig over the potato patch and chop wood.

But Findus knows how to make Pettson smile. Maybe he can get him to play instead of toiling in the soil. After all, Findus is a very unusual cat...

Findus goes Fishing is the ninth story published by Hawthorn Press about Findus the talking cat and his farmer. The series has sold more than six million books in 44 languages, and is beloved by children around the world.

"Findus goes Fishing is yet another wonderfully enjoyable, funny-yet-not-afraid-of-being-serious story really all about that most important of things: love and how we share it.” —Playing by the Book

"The stories are ingenious, the characters are quirky and original, and illustrations are absolutely delightful… I can’t recommend them highly enough!"’ —Philip Pullman, author of His Dark Materials trilogy (The Golden Compass)

“Get it for yourself! Never mind the little ones.” —Bookwitch on Findus Goes Fishing

“Describing the latest antics from Pettson and Findus, this is a wonderfully illustrated book about a grumpy farmer who feels much better after heeding his cat’s advice and going out for some wild time.” —Saffia Farr, Juno Magazine, issue 44

When Findus Was Little and Disappeared
OR