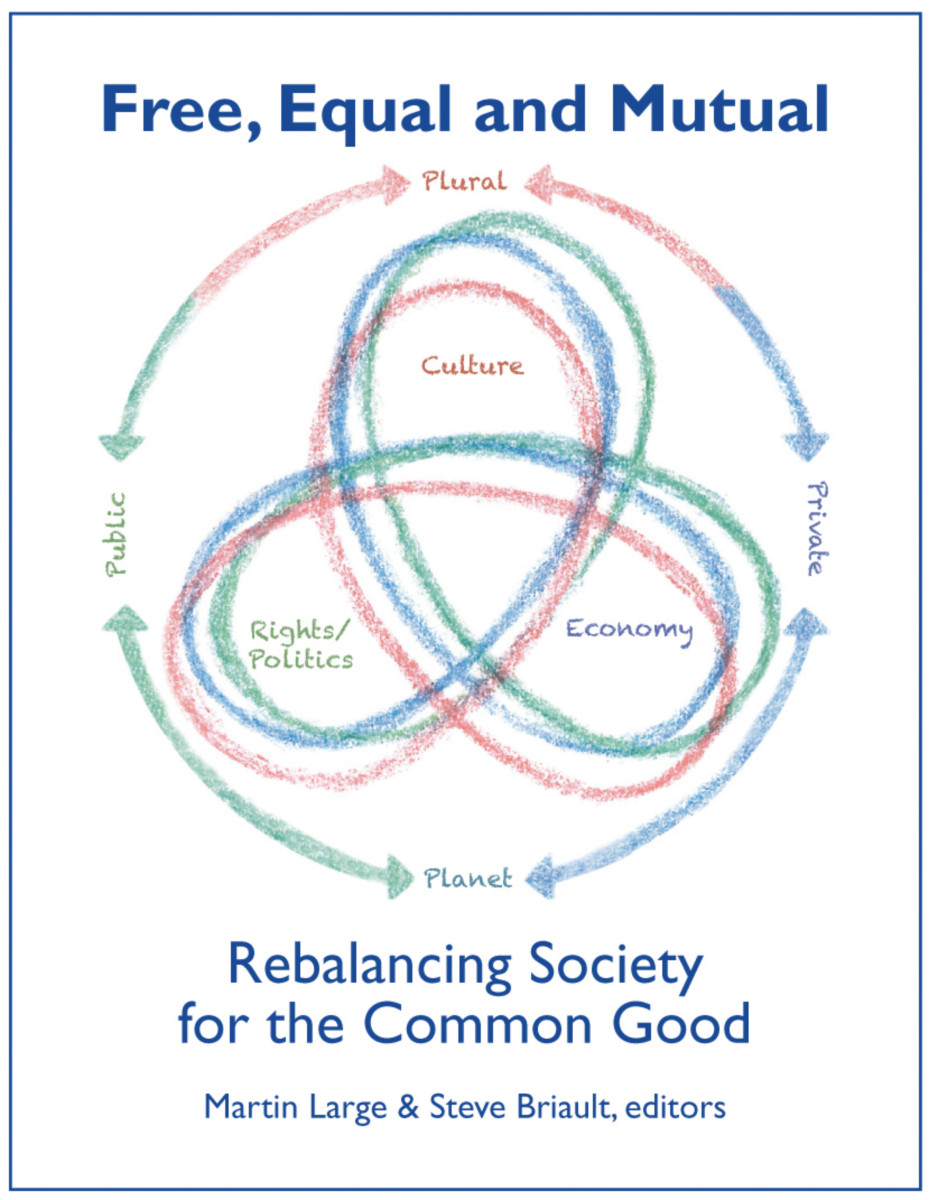 Rebalancing Society for the Common Good

“We are living in a crisis-ridden ‘Brexit and Trump’ time, with the rise again of toxic nationalism and populism, and with both Britain and the USA and also countries of the EU exploring their social futures. This affords a golden opportunity for re-imagining a Europe—and a world—with distinct-but-connected, vibrant narratives of cultural flourishing, of respecting fundamental human rights, of thriving social businesses, and of care for the planet, which is our common home.” — Nicanor Perlas (from his foreword)

Rudolf Steiner (1861–1925) saw the dangers of this unstable “market/state” duopoly. He suggested the radical conditions and three-way dynamics of politics, economy, and culture. He saw the urgent need for creating the conditions for lasting peace when campaigning for a threefold “commonwealth” society in war-torn Germany of 1917–1919. He saw self-determination for individuals as healthy, but prophetically saw “national self-determination” under Versailles as a recipe for toxic nationalism and more wars. His alternative was a dynamic society based on mutuality, equality, freedom, and earth-care for the wellbeing of people and the planet.

“Free, Mutual and Equal shows a way ahead for rebalancing society through a cooperative commonwealth economy based on ‘voluntary socialism,’ and a rights-based state and a flourishing civil society, all working for the common good.”
—David Drew, MP, Shadow Minister for Rural Affairs, UK

“Celebrates the growing diversity of ways to secure a pluralist commonwealth. Land reform, democratic ways to control money, and cooperative ownership are exemplified as core foundations for building a new economy for the common good.”
—Pat Conaty, Common Futures

PART ONE: PERSPECTIVES ON SOCIETAL THREEFOLDING

1. Steve Briault: Rudolf Steiner’s Threefold Image of a Healthy Society
2. Andrew Scott: Images of the Human Being and Their Effect on Humanity’s Relationship to Power
3. Christopher Schaefer: Nine Propositions in Search of a Threefold Social Order
4. Steve Briault: Threefold Development at Work in Organizations
5. John Bloom: A Primary Approach to Threefold Thinking
6. Edward Udell: Rudolf Steiner and Social Threefolding during and after the First World War

7. Martin Large: Rebalancing Society for the Common Good
8. Christopher Schaefer: The Dance of Shadows in America: Reflections on the US Presidential Election of 2016
9. Gerald Häfner: Great Again? Thoughts about the World Situation

About the Contributors
Index

Steve Briaultis Director of Development at Emerson College, Sussex, and an international consultant in organisation and community development.  Author of The Mystery of Meeting – Relationships as a Path of Discovery, and Liquidity – Flowing Forms in Water and Money.

Common Wealth
For a Free, Equal, Mutual, and Sustainable Society

Steinerian Economics
A Compendium
OR