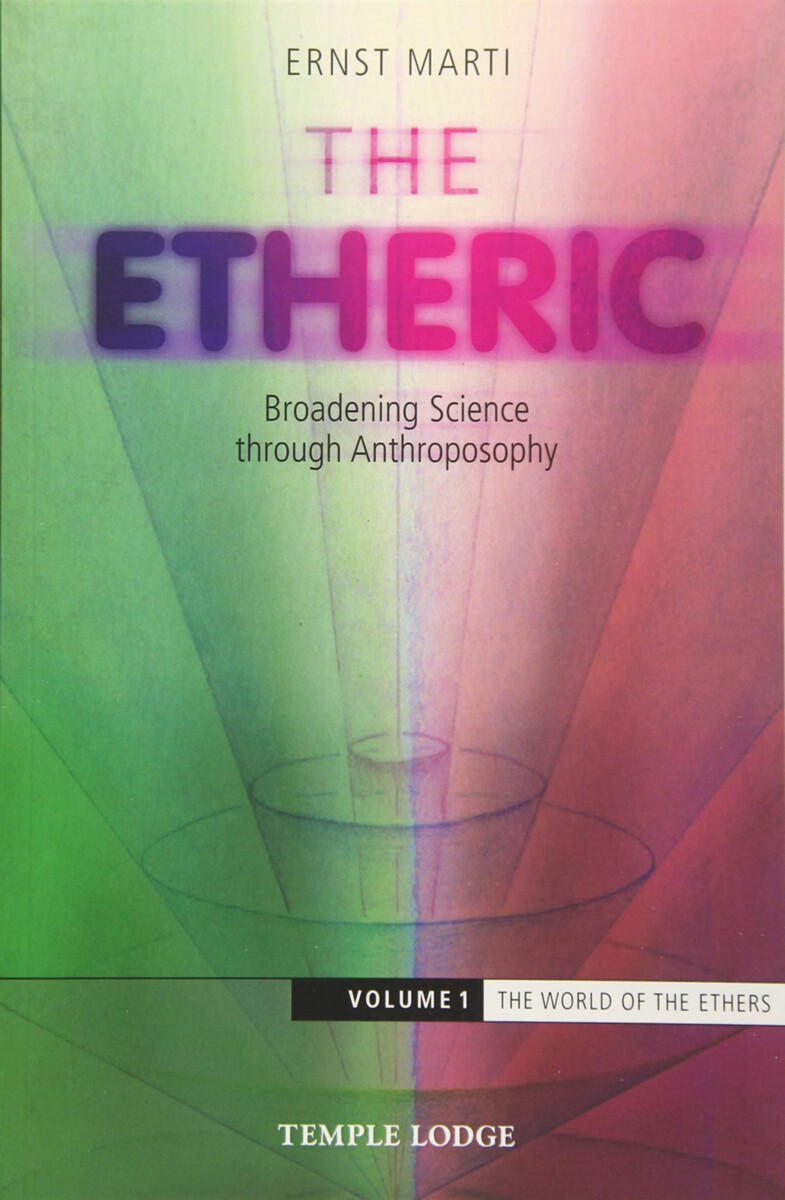 The World of Formative Forces Series 2

Ernst Marti devoted his life to researching the “etheric realm”—a subtle area that exists between the physical and spiritual. Taking the numerous statements and references by Rudolf Steiner as his starting point, Marti develops our understanding of the etheric world in various fields—from the theory of knowledge to the natural world, through to music, the realm of colors, eurythmy and medicine. In doing so, he proposes exciting bridges from the ancient and medieval worldview to the present and future of natural and spiritual science.

The Etheric explores the fourfold realm of the ethers. Giving an overview of their cosmic origins in the evolution of the earth, Dr. Marti shows how the ethers work in phenomena of warmth, light, sound, and organic life. He brings a contemporary understanding and insight to the classical elements—fire, air, water, and earth—as the media through which ethericity manifests and works in the world. Four physical forces are also explored which, as opposites of the ethers, have a constant tendency to break down and annul what life-giving ether creates. Dr. Marti then studies the shadow aspects of the ethers connected to what he terms the ‘sub-natural’ forces of electricity, magnetism, and nuclear force.

Given that the author was unable to complete this book in his lifetime, his pupil and colleague Irmgard Rossmann edited the final version in the spirit of her teacher. It is published here in two volumes, with this first focusing on the world of the ethers, with the second volume on the world of formative forces.

Ernst Marti (1903–1985) was born in Switzerland and studied medicine in Vienna and Basel. He worked as a doctor in Solothorn and Arlesheim, Switzerland, where he met Ita Wegman. She entrusted him with the task of researching the etheric forces, to which he then devoted his whole life. He worked for more than forty years as a doctor in Basel and founded the Society of Anthroposophical Doctors in Germany. He gave many lectures and courses for doctors as well as the general public and wrote numerous essays and papers that were published in specialist periodicals. He died at the Ita Wegman clinic.