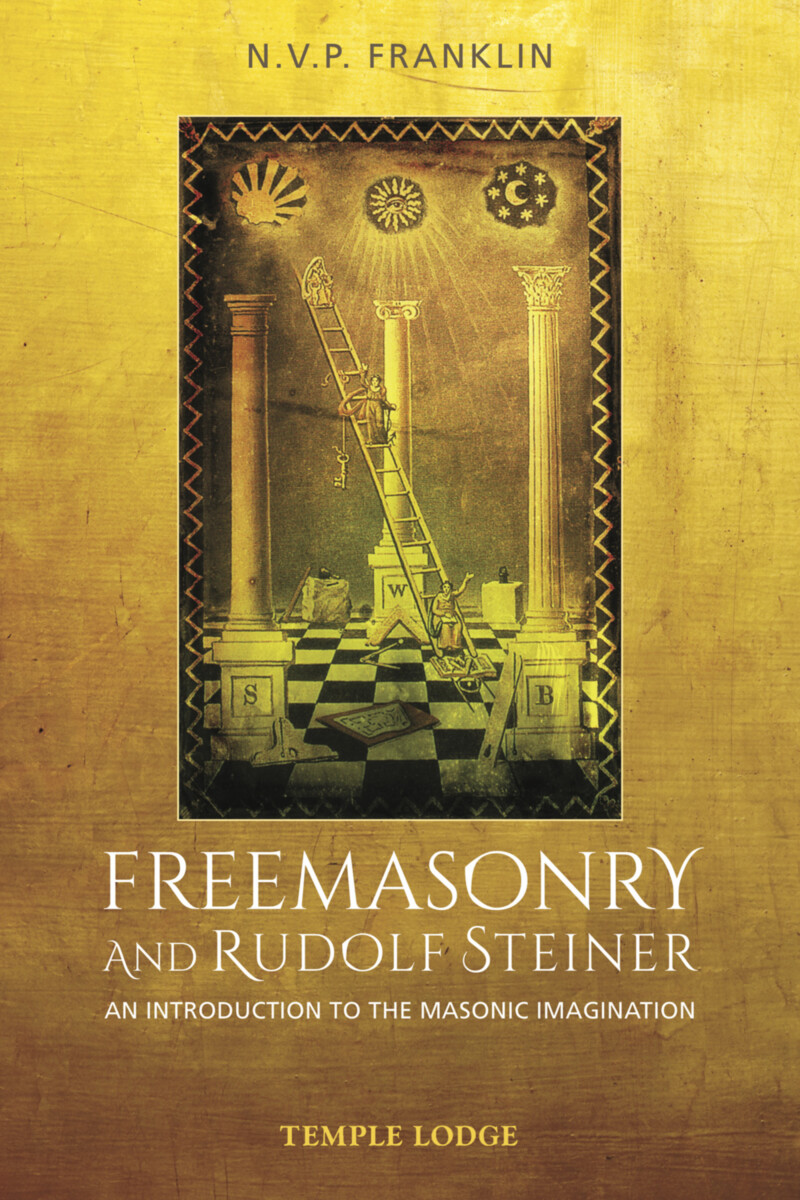 An Introduction to the Masonic Imagination

“The question facing us, of course, is not ‘Was Rudolf Steiner a Freemason?’ but rather ‘Which elements of Freemasonry did Rudolf Steiner find to be valuable?’” (from the introduction).

Today some six million Freemasons around the world continue to perform their rituals regularly—an enormous legacy of spiritual endeavors, kept largely in secret. In Britain alone there are over 7,000 Lodges, with a quarter of a million members. What is this wealth, this appeal, and how did the philosopher and spiritual   scientist Rudolf Steiner reinterpret or reconstruct Freemasonry’s timeworn legacy?

For those who are not Freemasons, the masonic world, with its arcane conventions and language, remains largely unknown—an obscurity that is nearly impossible to fathom. Nonetheless, understanding its traditions and style are invaluable when approaching the works of Goethe, Mozart, Herder, Lessing, and Novalis—as well as Rudolf Steiner, who renewed the “Royal Art” of Freemasonry from 1906 to 1914 through his ritual work known as Mystica Aeterna.

When Steiner invigorated education, medicine, the social concepts, and religion, he fully intended for committed and professional individuals to assume responsibility for those new initiatives. However, this was not intention for the “Masonic Order” he founded, whose leadership he took on himself. Even the celebration of his passing in 1925, overseen by Marie Steiner, had an entirely Masonic character.

In the context of continuing resistance and misrepresentation, N.V.P. Franklin uncovers the living heart of Freemasonry and reveals why it was—and remains—immensely relevant to Anthroposophy. With profound research into its older rituals and teachings, this detailed and conscientious study forms a unique contribution for comprehending both Freemasonry and Anthroposophy—historically and today.

N. V. P. Franklin is a retired university lecturer currently living in South Devon, UK. His first study concerned Jakob Böhme and William Blake’s Four Zoas (1979), while his second addressed Rudolf Steiner’s Christology and Freemasonry (1989). He has also published on Böhme’s understanding of speech sounds and has taught in the Open University and the University of California. Since 2014, his main task has been coediting the Complete Works of Hermann Beckh in English translation. He is neither a member of the Anthroposophical Society nor a Freemason.

Secret Brotherhoods and the Mystery of the Human Double
(CW 178)