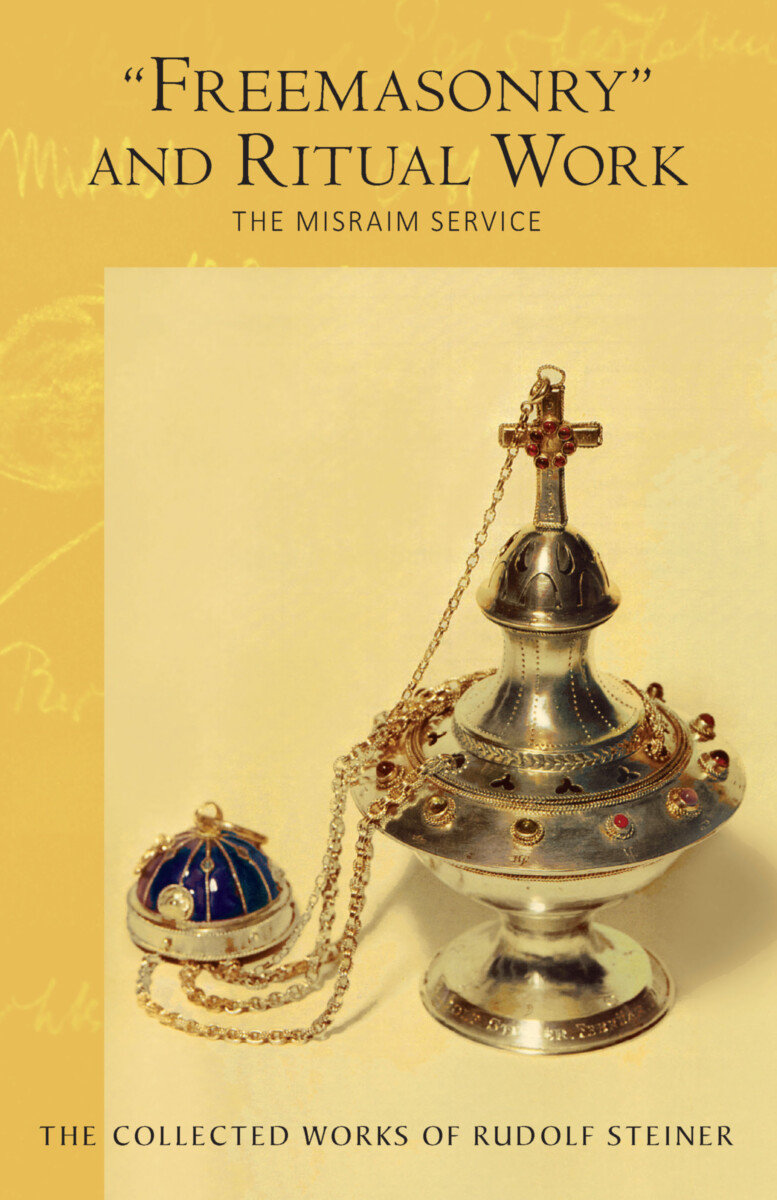 To ground his project of founding the new mysteries of Anthroposophy in spiritual history, Rudolf Steiner always sought to unite with and transform where possible the older initiatory streams such as Freemasonry and Rosicrucianism.

In November 1905, both Steiner, who was General Secretary of the German Section of the Theosophical Society and Arch Warden of its Esoteric Section, and Marie von Sivers were invited to “join,” in a purely formal way, the Order of Ancient Freemasons of the Memphis and Misraim Rite, allowing him to form his own Mystic Temple, Mystica Aeterna, in Berlin.

On this basis, Steiner created—freely and out of his own spiritual experience and inspiration—the Cognitive–Ritual Section, or Misraim Service, of the Esoteric Section. “Everything was done as it must be when spiritual reality is to be investigated directly and experienced in full consciousness.”

Though outwardly similar to existing Masonic rituals, forms, and legends, the spiritual content Steiner gave was new and vital. Especially important was the ritual work, reverently undertaken with a deep sense of responsibility and of the sacramental nature of all human activity.

This astonishing volume of rich, primary materials contains letters, documents, ritual texts, meditations, and lectures pertaining to Steiner’s teaching of the Misraim Service. Ritual symbols (such as the mallet, the triangle, the right angle, the compass, the rule, the Rose Cross, and the pillars of Jachin and Boaz), as well as the Temple Legend of Hiram Abiff and Solomon and the story of Cain and Abel, all find their place here. The ritual texts are given in full, with illustrations and descriptions of making the ritual objects.

There are numerous fictional and superficial books available on Freemasonry, but this unusual volume reveals the deep, esoteric nature of true Masonic rituals and practices and how they form some of the roots of Anthroposophy.