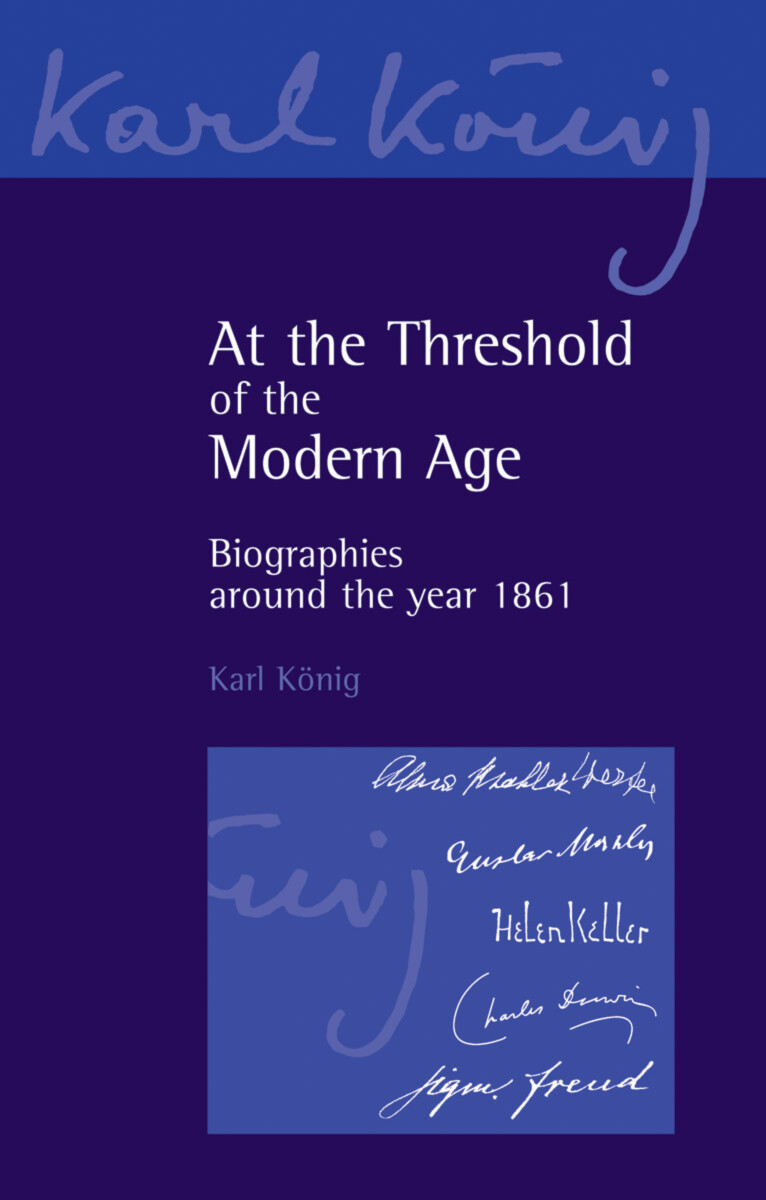 At the Threshold of the Modern Age

Biographies around the Year 1861

Karl König explores the personal stories of twenty-nine pioneers whose work and experiences helped shape that era. They include artists and writers, social reformers, philosophers and political activists, and scientists. He considers how they responded as individuals to the challenges of the changing world around them. His insights and conclusions are relevant for us today, as we face our own time of change and upheaval.

At the Threshold of the Modern Age is volume 10 in the Karl König Archive series.