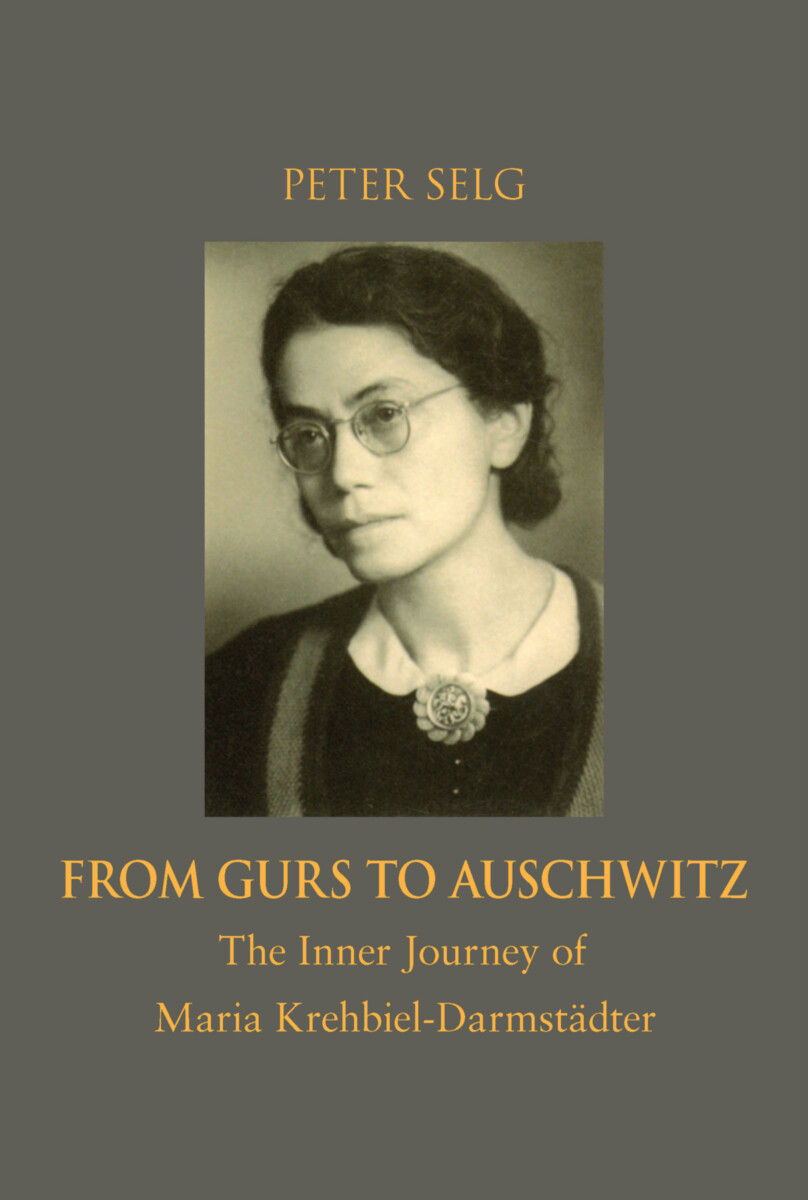 From Gurs to Auschwitz

The Inner Journey of Maria Krehbiel-Darmstädter

“It is this we have to learn in our times: to live with pure trust, without any existential certainty, trusting in the ever-present help of the world of spirit. Truly, there is no other way.” — Rudolf Steiner

Maria Krehbiel-Darmstädter (1892–1943), who was murdered at Auschwitz, was a highly gifted pupil of Rudolf Steiner and a member of The Christian Community. Born into a Jewish family in Mannheim, she was deported to Gurs camp in the Pyrénées on October 22, 1940, where she survived harsh conditions and helped many of her fellow inmates. Following temporary sick-leave (under police supervision) in Limonest near Lyon, and a failed attempt to flee to Switzerland, she was brought to Drancy transit camp near Paris before being taken to Auschwitz.

This book offers unique testimony of an individual, rooted in esoteric Christianity and Spiritual Science, who found sources of inner resistance during one of history’s darkest periods. As the portrait of a highly ethical and sorely tried woman amid catastrophic conditions, it describes her existential efforts to summon powers of concentration, meditation, and dedication to others, showing how these continued to inform her outlook and actions to the very end.

Polish Jews in Drancy referred to Maria Krehbiel-Darmstädter as Mère Maria. They experienced her distinctive spirituality and personal qualities and a profound religiosity that retained an inner connection with the Christian sacramental world, even in the most desolate circumstances.

“Egoism grows ever less; the joy of humbling oneself to help others kindles the heart and broadens one’s mind to infinity. Even the simple life, the landscape—the routine—the isolation, even the severity: these are useful. I, at least, attempt to take everything that happens as a tool for learning. And the time spent here: I see it on a grand scale. A most earnest consecration.” — Maria Krehbiel-Darmstädter, Gurs, March 24, 1941

From Gurs to Auschwitwitz adds an important voice to literature on the Holocost and shines a light on the nature of spiritual, inner resistance during the dark years of World War II in Europe.

I. “Living in Dignity to the End”

II. “No Separation where Love of Being and Truth in Christ Prevail”

Alfred Bergel
Sketches of a Forgotten Life—from Vienna to Auschwitz