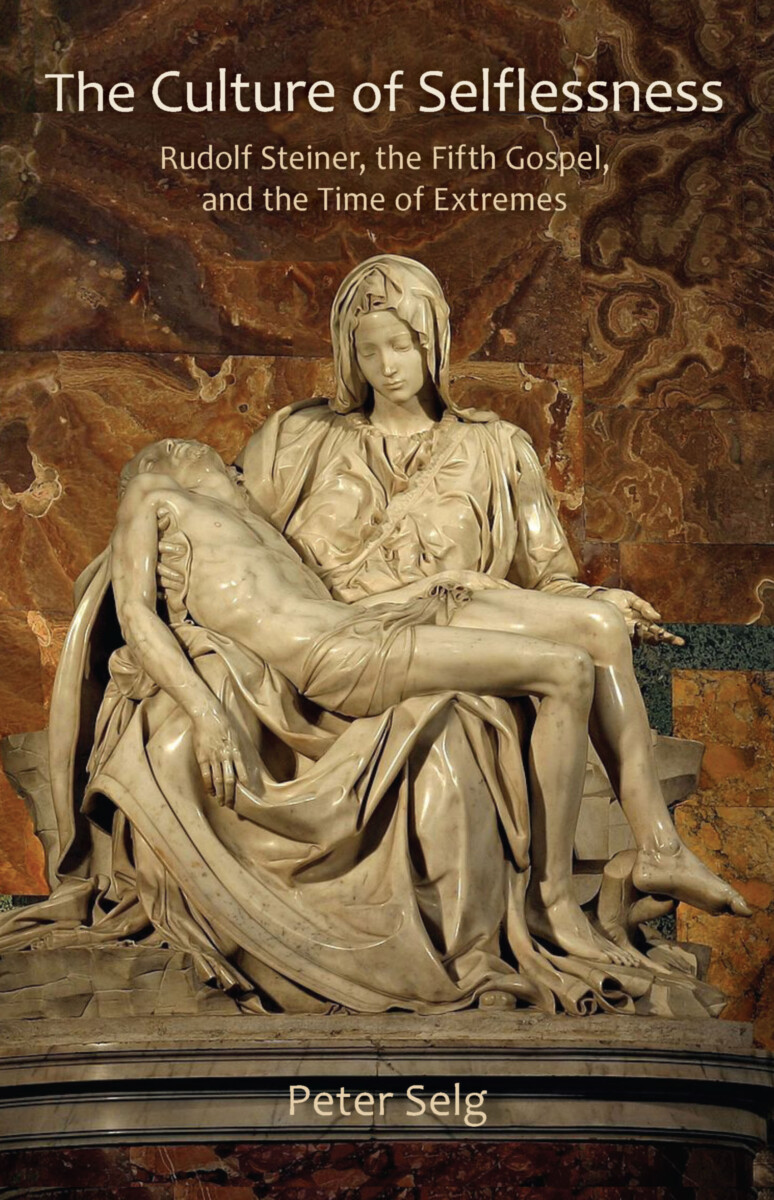 The Culture of Selflessness

Rudolf Steiner, the Fifth Gospel, and the Time of Extremes

“People will have to exchange the spirit of mere thinking for the spirit of direct vision, of direct compassion and shared experience of the Christ who is spiritually alive and walks at the side of all human souls...”

“We must first become selfless. That is the task of culture today for the future. Humanity must become more and more selfless; therein lies the future of right moral life deeds, the future of all acts of love that can occur through earthly humanity” (Rudolf Steiner, Approaching the Mystery of Golgotha, CW 152).

In a lecture eight weeks before the outbreak of World War I, Rudolf Steiner, conscious of developments to come, coined the phrase “culture of selflessness” to describe the culture that would develop in the future. The far-reaching social implications of his primarily Christological lectures on the Fifth Gospel, given in 1913/14 under the same political circumstances, were foreign to many of Steiner’s contemporary audiences, who largely failed to understand his dramatic accounts drawn from the Fifth Gospel (or that gospel itself) as a “source of comfort” for the future, or (as Rudolf Steiner said of them) as “needed” for future work.

The subsequent catastrophes of the twentieth and early twenty-first centuries, however, have sensitized us to Steiner’s central themes and contents of 1913/14. He spoke of spiritual development and self-preservation in the face of great suffering; of truly participating in the misfortunes of others; and of acquiring “true selflessness” that takes the human “I” fully into account.

During the 1930s, during the National Socialist reign of violence, a few of Rudolf Steiner’s pupils took this path of moral resistance and all-embracing therapeutic action. One example is described in the second chapter of this volume. Many other destinies are less well-known; by now, they can no longer be saved completely from oblivion. They include the great life work of Maria Krehbiel-Darmstädter, an anthroposophist of Jewish origin who was murdered in Auschwitz in 1943 (see Peter Selg's biography, From Gurs to Auschwitz: The Inner Journey of Maria Krehbiel-Darmstädter).

However, both now and in the future, in a world that must find humane ways to endure continued calamities of tremendous magnitude, the task Rudolf Steiner described remains relevant in all cultures and all parts of the globe. “A single great community covers the earth. Its name is suffering and strength.”

1. The Fifth Gospel
2. The Culture of Selflessness
3. The Connection with Rudolf Steiner

May Human Beings Hear It!
The Mystery of the Christmas Conference