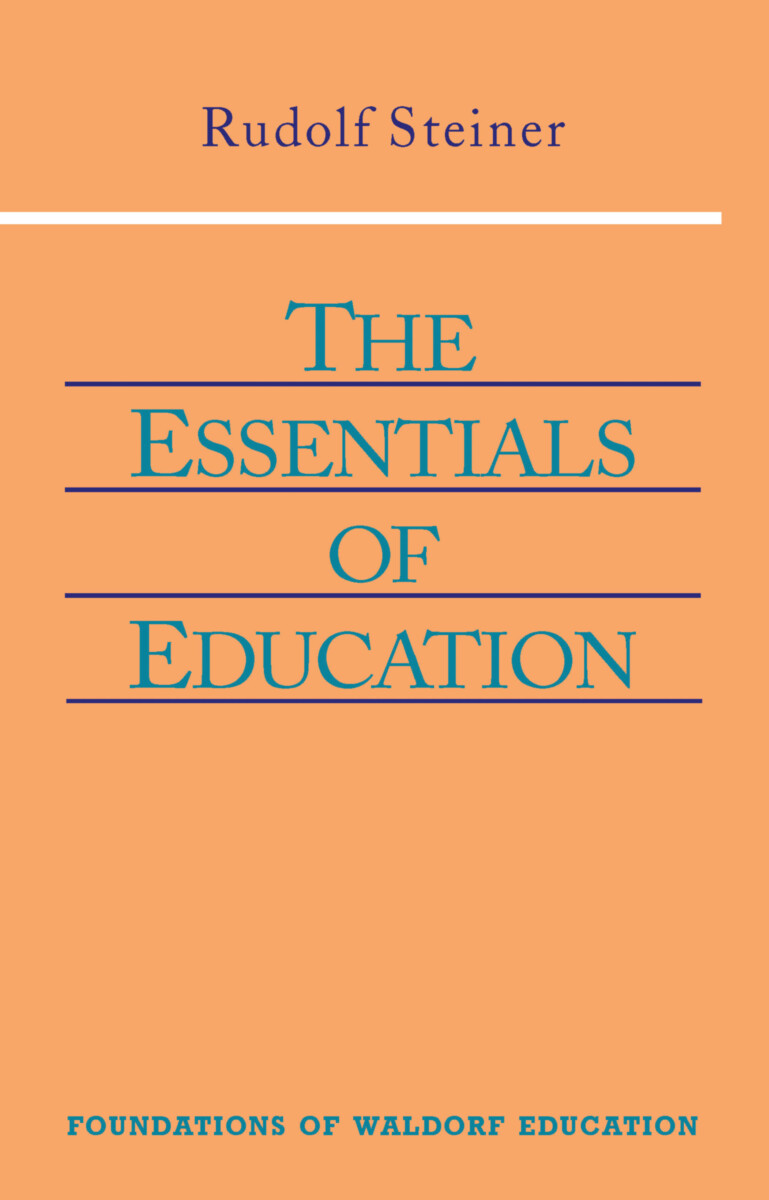 The Essentials of Education

These talks were given during an educational conference in 1924. They are the last public lectures given by Rudolf Steiner in Germany. According to one member of his audience, "Seventeen hundred people listened to him; the prolonged applause from this great crowd at the end of every lecture was deeply moving, while at the end of the last lecture the applause became an ovation that seemed as if it would never end." This kind of adoration was the result not only of who Steiner was as an individual but of what he accomplished as well. People had already begun to realize the potential and the promise for the future that Waldorf education held out to the children of the world.

The Essentials of Education, together with its companion book, The Roots of Education, present a remarkable synthesis of what Waldorf education is and what it can become. The Waldorf "experiment" had matured for five years since 1919, when Steiner helped to establish the first Waldorf school. He had guided that school from its beginning, observing very closely all that happened. As a result, he was able to distill and present the essentials of Waldorf education with elegance as well as with the urgency he felt for the coming times.

1. April 8, 1924: Necessity for knowledge of the whole human being for a genuine education. The relationship between teacher and child is far-reaching. Before seven, the child is a “sense organ,” and the body, soul, and spirit exist as a unity. The effects of the teacher’s temperament on the child. The teacher’s task during the three stages of childhood.

2. April 9, 1924: The demand for proof and the appropriate proof in spiritual matters. The descent of spirit into the body during the first seven years. The small child’s natural religious devotion and the corresponding religious element needed in the teacher. After seven the child needs the teacher to be an artist. Humanity’s development of materialism. The importance of imagery in teaching. Learning letters. Extremes in education.

3. Morning, April 10, 1924: Ancient humankind could “read” nature and human nature intuitively; modern science can “spell” but not “read.” Learning to “read” children. Digestion before and after the change of teeth. Relationship between breath and heartbeat from seven to fourteen and how music harmonizes them. The etheric body and sculpting. The astral body and music. The I-being and speech. Eurythmy, music, and speech.

4. Evening, April 10, 1924: Writing before reading. Understanding Sun and Moon forces in plants. Learning through images after the tenth year. Understanding music and the images of bull, lion, and eagle harmonized in the human being. The human being as a symphony of individual tones that sound in various animals. Images given between seven and fourteen are understood intellectually after puberty.

5. April 11, 1924: Education must be lived. The small child imitates the good, beautiful, and wise. During the first stage a child is naturally religious. In the second stage the religious becomes soul quality through images and respect for authority. Logic after puberty. Kant, Schiller, and Goethe on duty. The effects in old age of reverence in a child. The need to understand the human being in body, soul, and spirit.