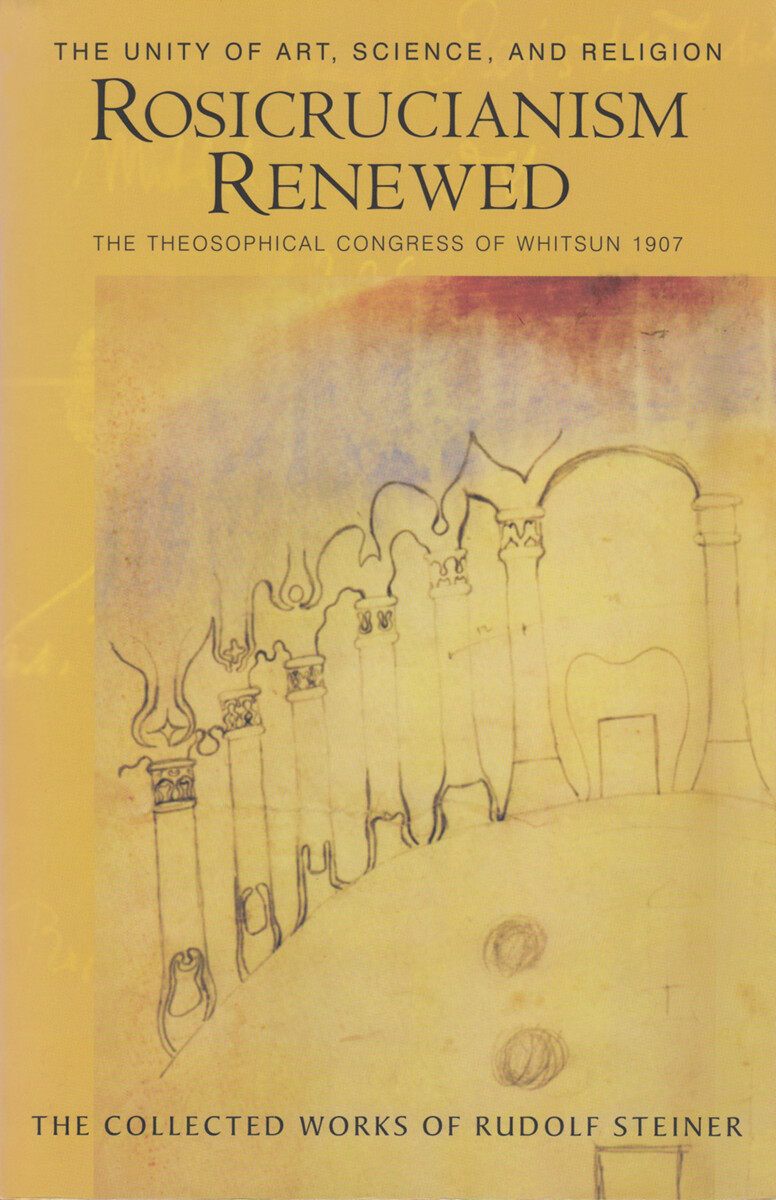 The Unity of Art, Science & Religion: The Theosophical Congress of Whitsun 1907 (CW 284)

“Rosicrucianism was central in Steiner’s life, any close reading of which makes it clear that the spiritual school radiating from the being and personality of Christian Rosenkreutz provided the substance and guiding principles of his teaching and mission. Furthermore, between-the-lines evidence suggests that Rudolf Steiner was actually ‘initiated’ into this school and given the task of revealing it publicly by Christian Rosenkreutz himself.” — Christopher Bamford

Unnoticed by most people at the time, a significant moment in spiritual history took place at Whitsun (Pentecost) in Munich in 1907. Known as “the Congress of the Federation of European Sections of the Theosophical Society,” this event witnessed Rudolf Steiner’s emergence onto the public stage as an independent esoteric Christian spiritual teacher with a world mission to transform planetary culture through what would come to be called “Anthroposophy.”

The event (and hence Anthroposophy itself) was placed under the sign of Christian Rosenkreutz and the cultural impulse of Rosicrucianism, which, since its initial appearance in the early seventeenth century, had gone underground to be transmitted through the centuries by small, more-or-less hidden esoteric groups. In the Congress, however, the original aim of the movement—a “general reform” of human society through the unity of art, science, and religion—was proclaimed anew and with the firm intent to put it into practice.

This volume thus marks not only the birth of Anthroposophy as a spiritual movement of cultural renewal—from which would flow new initiatives in art, science, religion, education, agriculture, medicine, architecture, and drama—but also the articulation of this activity as the evolutionary tip of human consciousness reaching back to the primordial mystery centers.

Collected here, with Steiner’s lectures and descriptions, are essays and reports on the Theosophical Congress of Whitsun 1907, as well as documents relating to some of the direct consequences of the Congress, especially those leading to the design and construction of the first Goetheanum. An extensive color section of facsimiles, photographs, and plates includes the esoteric and symbolic artistic work (the seals and columns) created for the congress hall.

Prologue: Art and Its Future Task

PART I: THE MUNICH CONGRESS OF WHITSUN 1907

Foreword by Hella Wiesberger
The Munich Congress of Whitsun 1907
The Congress of the Federation of European Sections of the Theosophical Society
The Theosophical Congress in Munich, Report by Rudolf Steiner
The Rosicrucian Initiation
Planetary Evolution and the Evolution of Humanity
Explanations of the Arrangement and Décor of the Congress Hall
Report of the Congress in the Berlin Branch
The Apocalyptic Seals
Symbols and Signs as Effects of Chaos
Report on the Congress at the Sixth General Meeting of the German Section
Pictures of the Apocalyptic Seals and Columns
“The History of Our Society: Four-Times-Seven Years ago”
The Congress in Munich (by Mathilde Scholl)
About the Munich Congress (by Ludwig Kleeberg)

PART II: THE EFFECTS OF THE MUNICH CONGRESS

MALSCH:
Foreword by Hella Wiesberger
The Laying of the Foundation Stone of the Model Building in Malsch (by Max Gümbel-Seiling)
Address by Rudolf Steiner at the Foundation Stone Laying for the Rosicrucian Temple of the “Francis of Assisi” Lodge of Malsch (report by Hilde Stockmeyer)
“The History of Our Society: Four-Times-Seven Years ago” (essay by Marie Steiner)
The Congress in Munich (by Mathilde Scholl)

BERLIN:
Foreword by Hella Wiesberger
The Dedication of the New Berlin Branch Space

Rosicrucianism and Modern Initiation
Mystery Centres of the Middle Ages: The Easter Festival and the History of the Mysteries (CW 233a)