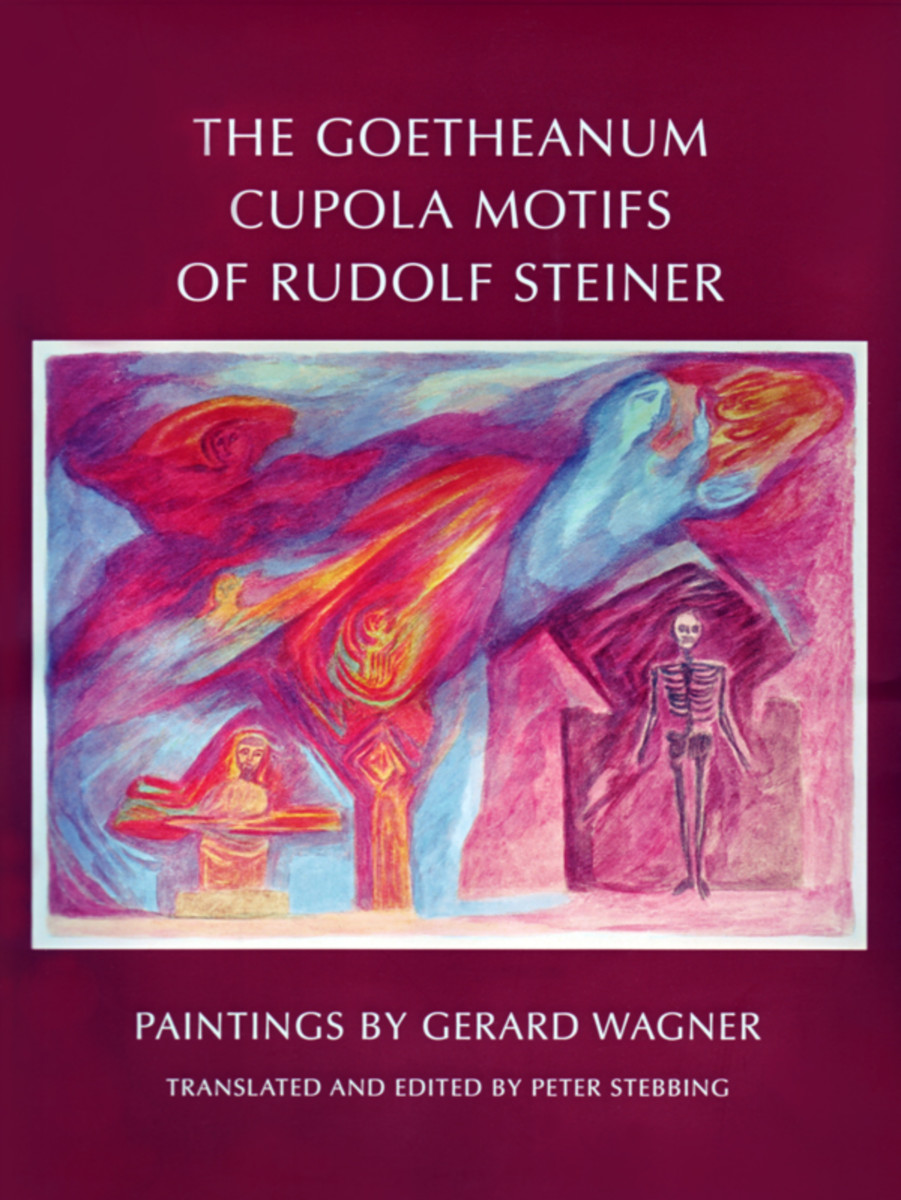 Gerard Wagner’s paintings of Rudolf Steiner's Goetheanum cupola sketches bring these works to a wide audience that would otherwise have little access to or knowledge of those representations of Steiner's artistic spiritual vision contained in the first Goetheanum and lost to the fire that destroyed that great building. Wagner re-created those archetypal motifs in new ways over a period of decades. They constitute an artistic high point of Wagner's work as a whole, but they cannot be separated from the Goetheanum itself, nor can they be fully understood except in the context of anthroposophic spiritual science.

In this sense, The Goetheanum Cupola Motifs of Rudolf Steiner points to the historic and spiritual importance of the first Goetheanum building. Rudolf Steiner's lecture on October 25, 1914, and his lecture on the paintings of the small cupola on January 25, 1920, are published in English here for the first, along with color photographs from 1922. Also included are the little-known colored etchings of the Goetheanum window motifs made by by Assya Turgenieff with Rudolf Steiner, as well as other centrally important contributions to an understanding of this new direction in art.

Though the main emphasis is on visual examples, the book achieves something more than simply cataloging these works of art. The book conveys, too, a sense of the artistic process itself. Thus, Gerard Wagner's observations here have a special relevance. In addition to the two lectures by Rudolf Steiner and the paintings by Gerard Wagner—in full color—The Goetheanum Cupola Motifs of Rudolf Steiner presents essays from Peter Stebbing, Louise Clason, Assya Turgenieff, and Gerard Wagner.

“I found The Goetheanum Cupola Motifs of Rudolf Steiner excellent with regard to content, as well as the layout and the quality of the pictures. One can only wish this book many readers, and that by means of it they will be able to comprehend more profoundly the magnitude of what Rudolf Steiner accomplished in the field of the visual arts—as also what his pupil, the unique artist Gerard Wagner, has achieved in continuing this impulse. Particularly impressive, above all, is Wagner's steadfast loyalty to the art impulse of Rudolf Steiner, combined with his own sovereign and independent work on the basic motifs, which are wonderfully documented in this book.”

I. THE MOTIFS OF THE LARGE CUPOLA

II. THE MOTIFS OF THE SMALL CUPOLA

The Paintings of the Small Cupola / Rudolf Steiner
Small Cupola Studies of Gerard Wagner
The Question of the North Side: "Counter Colors" or "Complementary Colors"? / Peter Stebbing