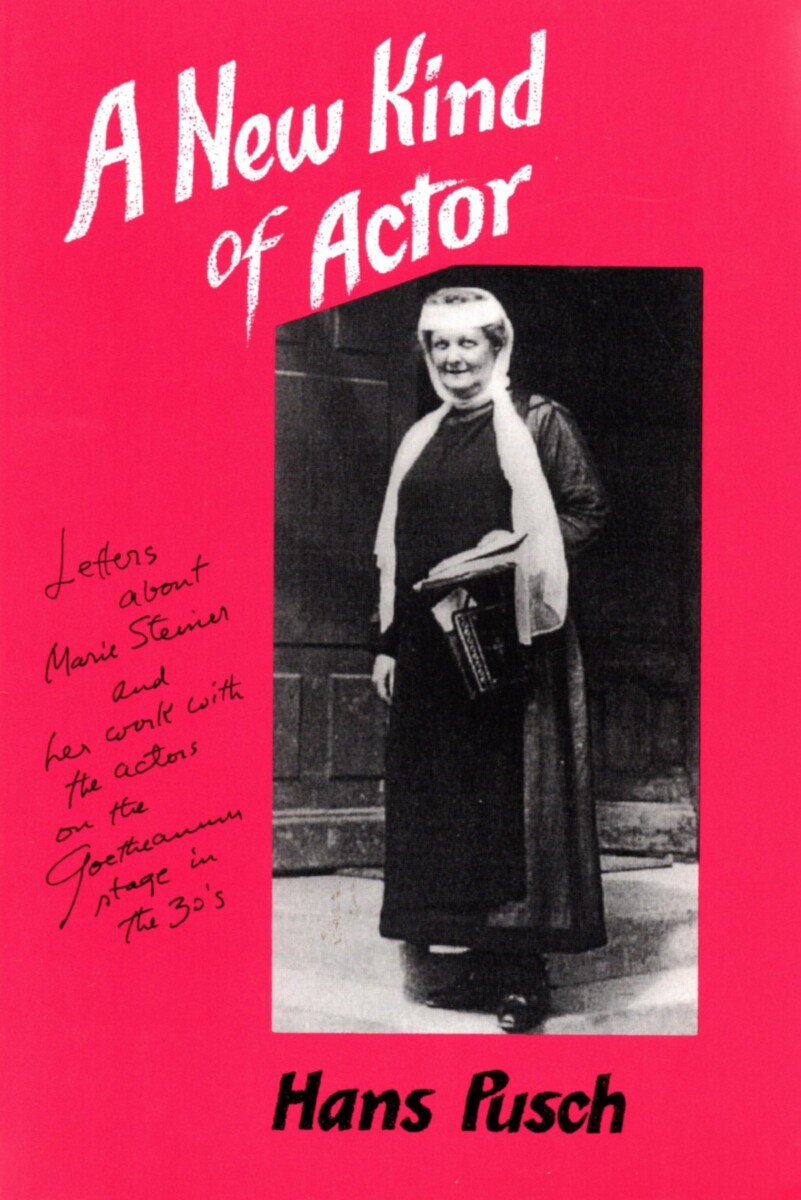 A New Kind of Actor

A New Kind of Actor offers a goldmine of knowledge about the artistic and dramatic work in Dornach and the sociopolitical climate in Europe from 1924 to 1939. Included are detailed descriptions of the Anthroposophical Society problems during that period.

The book includes the pictures and biographies of the early stage actors at the Goetheanum.

Hans Pusch, a skilled actor and director and a leading member of the Goetheanum stage group, later becoming an early beacon of Anthroposophy in North America. Hans began acting at the age of sixteen in Lucerne, Switzerland, where he performed in amateur productions of German classics with other young people during World War I. His performances caught the attention of the great film director Murnau, who offered to take Hans to Hollywood and train him for an acting career. Later, in Santa Barbara, Hans opened a speech studio, where he conducted courses in speech, eurythmy, gymnastics, play-reading groups, and introductory courses on Rudolf Steiner and his writings. Hans developed a repertory theater that performed Shakespeare, Thornton Wilder, Anouilh, Fry, and Eugene O’Neill. For the rest of his life, Hans Pusch worked tirelessly in the New York City area to translate, perform, and promote Rudolf Steiner's mystery dramas, as well as Goethe’s Faust, as expressions of the essence of Anthroposophy.

Black Earth
Towards a New Drama

Liberation of the Actor