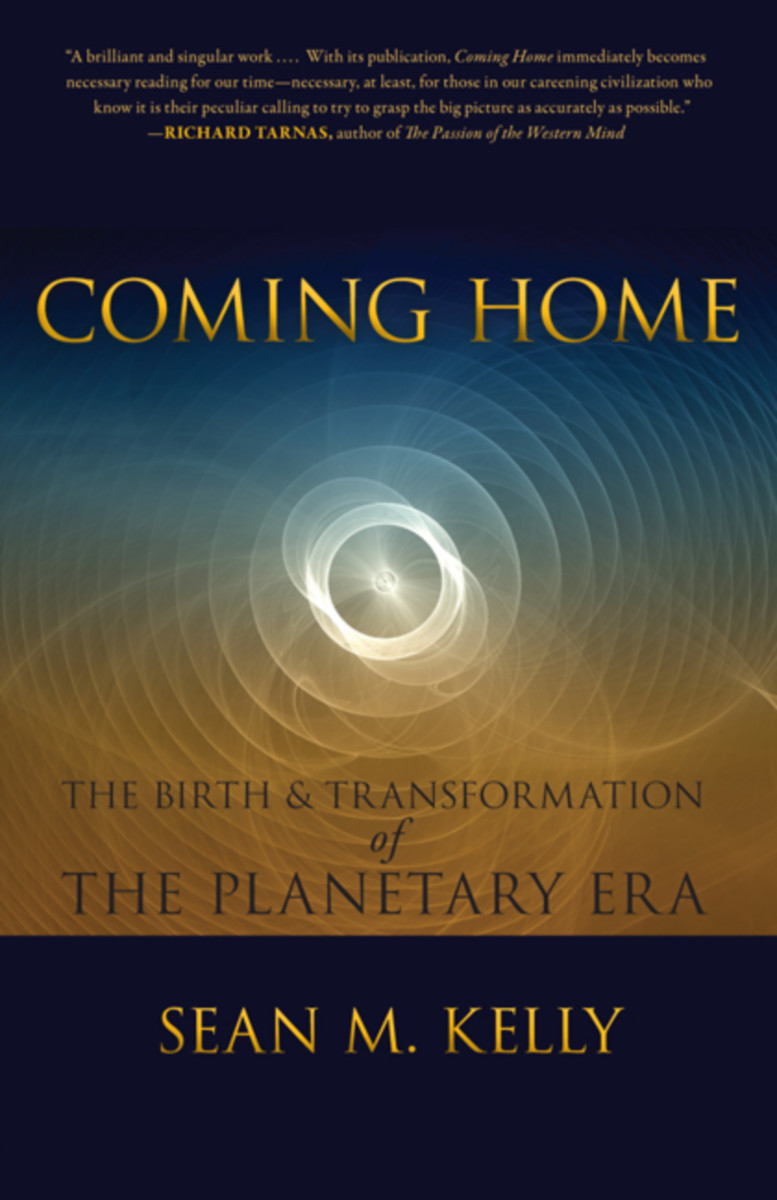 The Birth & Transformation of the Planetary Era

"All descriptions of the past are in the present; therefore, history tells our descendants more about us than it does about the imaginary creatures we like to call our ancestors.... All of which is only another way of saying that the past and the future do not exist; nevertheless, we need these narrative fictions, for we gain knowledge by looking backward at patterns and forward in anticipation of the results of our actions." —William Irwin Thompson

With the threat of global climate change, a looming mass extinction of species, and increasingly complex and volatile geopolitical relations, the entire Earth Community has entered a most critical phase of what the author describes as the “Planetary Era.” This era began some five hundred years ago with the conquest of the Americas and the Copernican revolution in cosmology, but it is just now becoming a defining feature of human consciousness on a global scale.

How did the Planetary Era come about, and why was it initiated in the European West? What elements in the evolution of the Western worldview might contribute to the actualization of a sustainable planetary culture? Drawing from a wide range of panoptic, or “big-picture,” thinkers—from Hegel, Teilhard, Jaspers, and Campbell, to Ken Wilber, Richard Tarnas, and Edgar Morin, among others—the author answers such questions and presents his own synthetic theory of the evolution of consciousness, leading to the birth and transformation of the Planetary Era.

Beginning with a consideration of the fundamental pattern of world history, Sean Kelly reveals the role of a “Great Code” and the turning of a tightening spiral in the evolution of the past two millennia of Western—and increasingly, planetary—consciousness. Along with a vision of the path that has lead to our vexed and complex present, the author offers reason to hope that we are on the threshold of a new countercultural resurgence—a new planetary wisdom culture—that could signal the homecoming for which our troubled world so desperately longs.

“Sean Kelly has written a brilliant and singular book that shines a powerful light on our critical moment in history. To comprehend our time requires a larger frame of reference and deeper sources of insight than currently inform our cultural mindset. Coming Home brings both vision and scholarship, rigor and imagination, to this all-important task of historical self-reflection, allowing us to glimpse profound overarching patterns that make newly intelligible not only our history but the specific challenges of our Planetary Era.

“Kelly has achieved here what is perhaps the most creative multidisciplinary elaboration of Hegel’s dialectic of history yet attempted, doing so by carefully integrating the critical contributions of Jung, of Teilhard de Chardin, of Morin, Grof, Campbell, and many others. With its publication, Coming Home immediately becomes necessary reading for our time—necessary, at least, for those in our precarious civilization who know it is their peculiar calling to try to grasp the big picture as accurately as possible.”

—Richard Tarnas, author of The Passion of the Western Mind and Cosmos and Psyche

“For those travelers seeking meaning in this crisis-riven time, here is both map and provisions for the journey. To give us our bearings, Sean Kelly sets the present perilous moment within a vast landscape of relevance, including the mythic and psycho-philosophic features of our shared history, as well as creative attention to the three-phase structure of Hegelian dialectics. To nourish us on the way, he provides the courage and beauty of his breathtaking scholarship, and bountiful meals with mystics, scientists, and other pilgrims. This is a work of rare distinction. Particularly arresting is the lens Kelly provides for viewing Time: its successive and overlapping spans, its accelerating cycles, and the Singularity of their convergence at this historical moment. I bow to Kelly’s respect for the radical uncertainty facing us now. His work illumines not only the inescapable nature of this uncertainty, but also its capacity to awaken and ennoble us at this turning in our human journey.”

“At the threshold of the Planetary Age that must, but may not, come, Kelly sketches an impossibly—but all the more possibly—Great Vision. It is not concocted of new agey spiritual pontification. It unfolds in dazzling breadth and trusty erudition, laced by a wise and earthy uncertainty.”

—Catherine Keller, Professor of Constructive Theology, Drew University; author of Face of the Deep: On the Mystery and On the Mystery: Discerning Divinity in Process

“Sean Kelly takes as his call the entire sweep of Western thought. He brings order to its profusion and finds major meanings and directions overlooked in traditional histories of ideas, all the while highlighting fascinating and forgotten clues and revealing undertows whose significance is becoming increasingly relevant and urgent in our own time. There may be other ways of ordering this vast field, but the story that Kelly presents is elegant, economical, immensely insightful, and, above all, charged with hopeful possibilities for change.”

Part One: Finding our Way
1. The Monomyth
2. A More Fundamental Pattern
3. From Myth to History
4. The Great Code

Part Two: From Arc to Spiral
5. Birthing the Modern
6. Triumph, Revolution, and Protest
7. From the New Enlightenment to the Sixties Counterculture
8. A Tightening Spiral—a Widening Gyre

Sean M. Kelly, Ph.D., is Professor in the Philosophy, Cosmology, and Consciousness Program at the California Institute of Integral Studies (CIIS) in San Francisco. He has published numerous articles on Jung, Hegel, transpersonal psychology, and the new science and is the author of Individuation and the Absolute: Hegel, Jung, and the Path toward Wholeness (Paulist Press, 1993). Sean is an editor (with Donald Rothberg) of Ken Wilber in Dialogue: Conversations with Leading Transpersonal Thinkers (Quest, 1998) and a translator (with Roger Lapointe) of the French thinker Edgar Morin's book Homeland Earth: A Manifesto for the New Millennium (Hampton Press, 1999). Along with his academic work, Sean has trained intensively in the Chinese internal arts (taiji, bagua, and xingyi) and has been teaching taiji since 1990.

Beyond Religion
The Cultural Evolution of the Sense of the Sacred: From Shamanism to Religion to Post-religious Spirituality

The Inner Life of the Earth
Exploring the Mysteries of Nature, Subnature, and Supranature