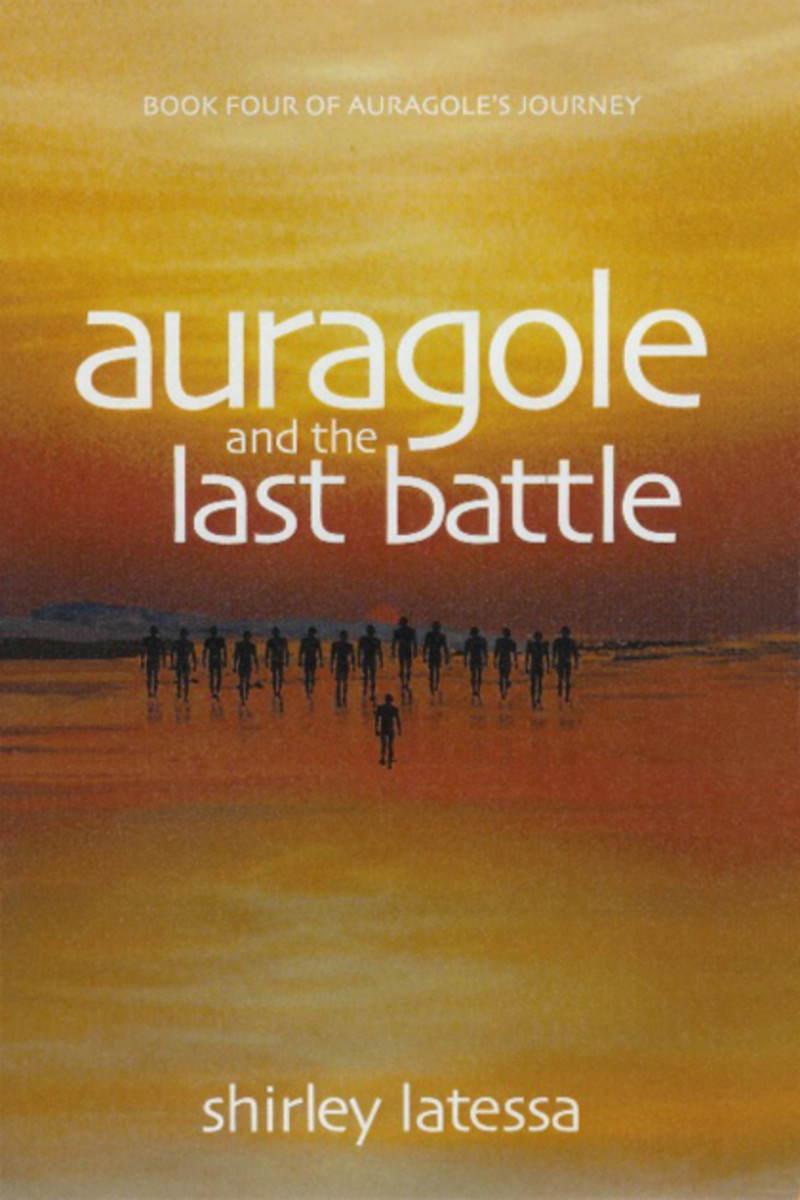 Auragole and the Last Battle

Lorenwile stopped mid-song. The sudden cessation of sound was so jarring that for a moment Auragole couldn't remember where he was. A rush of mindless images tumbled across his inner eye and brought him to total wakefulness, leaving him dizzy and unstable on his feet.

He had been listening intently to Lorenwile, as the master singer had taken him deep into the origins of the glacier they were observing from an adjoining hillside. Lorenwile was standing stark still, his harp hanging loosely in his hand, he eyes closed. But Lorenwile was not back here, not on a treeless hill overlooking a slow-moving waterfall of frozen snow. Something was wrong. Finally, Lorenwile opened his eyes.

"Get your things. We have to get back." He hummed to his horse, and without waiting to see if Auragole was following, Lorenwile was on Midnight's back, and riding downhill.

As Auragole came alongside him, Lorenwile said, "It's begun. The Last Battle. The enemy struck early this afternoon." And then Lorenwile, without waiting for Auragole's response, urged his horse into a gallop....

Auragole and the Last Battle is the final novel in the exciting quartet, "Auragole's Journey."