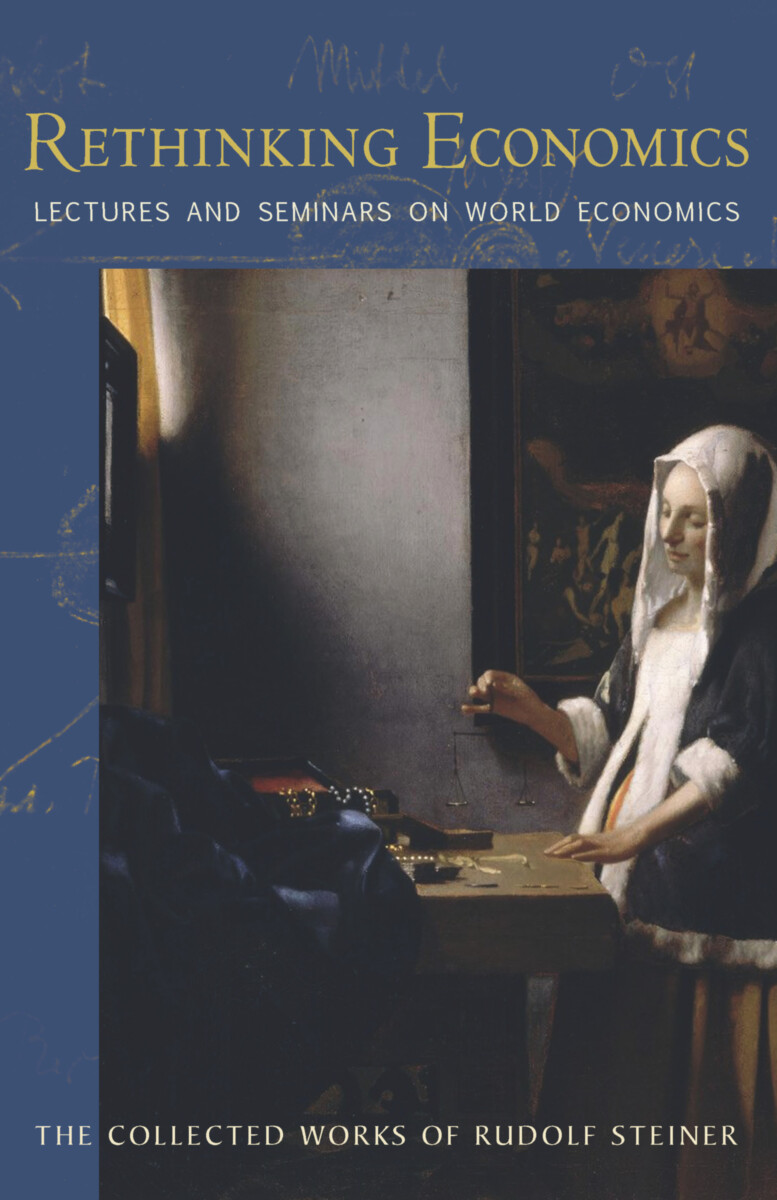 “In this age of social, economic, and ecological disruption, many people are beginning to realize that perhaps the most important root causes for this crisis originate in an economic thinking that is increasingly out of touch with the social, ecological, and spiritual realities of our time. How, then, can we rethink and redefine the fundamental economic concepts that frame our discussions and shape our key institutions in society today? This is the big question on the table today. Rudolf Steiner’s lectures on economics ... offer a largely unused gold mine of fresh economic ideas that could not be more timely and relevant” (from the foreword).

“The whole Earth, considered as an economic organism, is the social organism. Yet this is not being taken into account anywhere. It is precisely because of this error that the whole science of political economy has grown so remote from reality. People want to establish principles that are meant to apply only to an individual cell. Hence, if you study the French theory of economy, you will find it is constituted different from English or German or other economic theories. But as economists, what we really need is an understanding of the social organism in its totality” (Rudolf Steiner).

Rudolf Steiner gave this complex sequence of dense, subtle, multileveled lectures and seminars to students of economics in Dornach, Switzerland, during the summer of 1922. The course reflects a lifetime of thinking on the subject and marks the conclusion of his intense five-year period of activism in the service of social, political, and economic issues. During this time, which began as World War I was ending in 1917, he worked tirelessly to promote the cause of what he called “threefolding” (Dreigliederung), by which he meant rethinking the social order on the basis of clear separation and independence of the three fundamental spheres of activity that make up a society. He proposed three independent systems:

The autonomy of these three spheres, he believed, would make possible a free, healthy, productive society and open the possibility of a lasting peace.

Rethinking Economics is essential reading for anyone who wants to understand the true nature of an economy and how it works. Steiner presents the basic elements of what it would take to create a just, socially responsible, and ecologically aware economy today.

1. Points of Method and “The Social Question”
2. Economics, Physical Processes, and Concepts of Work
3. The Division of Labor and the Relationship between Consumers and Producers
4. Value and the Nature of Work
5. Capital and the Monetary System
6. The Use of Money; Threefolding the Human Being and the Social Organism

Towards Social Renewal
Rethinking the Basis of Society (CW 23)

What Is Money?
A Discussion with J. Philipp von Bethmann, H. Binswanger, W. Ehrlicher, and R. Willert
OR