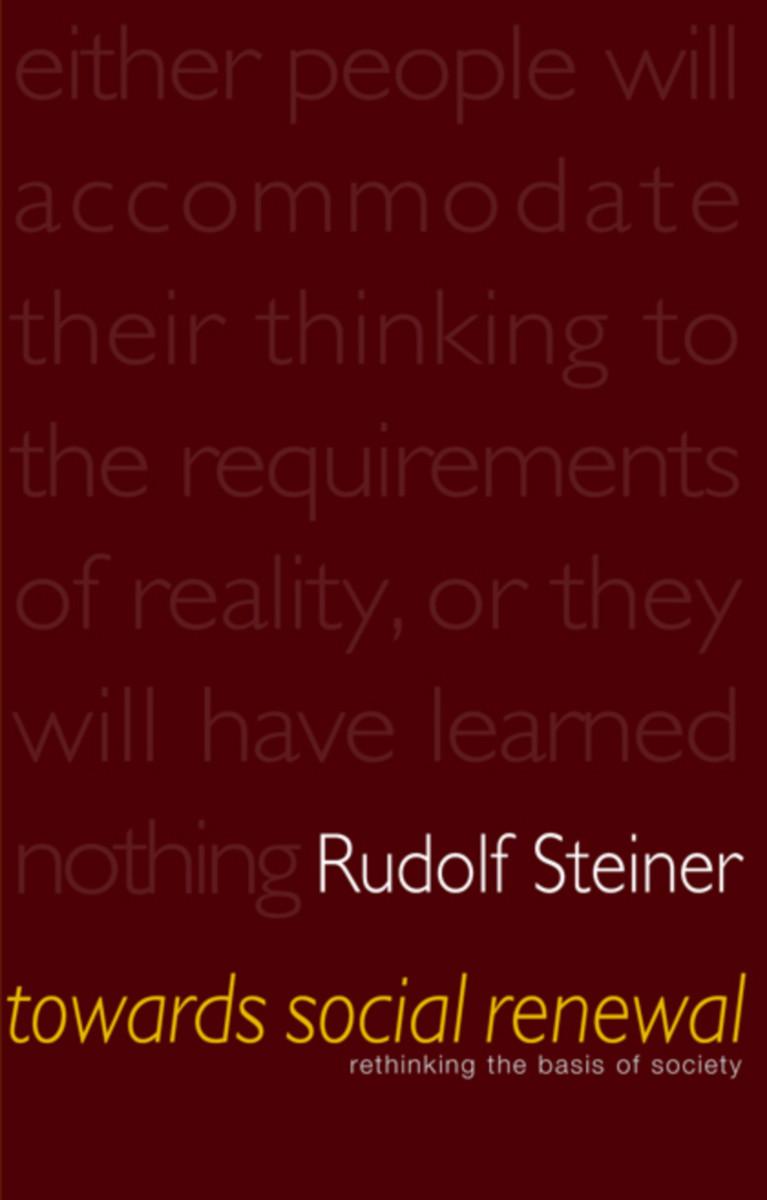 Rethinking the Basis of Society (CW 23)

Although this book was first published in 1919, it remains highly relevant to social problems encountered today. Uniquely, Steiner’s social thinking is not based on intellectual theory, but on a profound perception of the archetypal spiritual nature of social life. As he suggests in this classic work, society has three distinct realms—the economic, the political (individual human rights), and the cultural (spiritual). While social life as a whole is a unity, the autonomy of these three sectors should be respected if our increasing social problems are to be resolved.

Steiner relates the ideals of “liberty, equality and fraternity” to modern society. Economics calls for fraternity, political rights require equality, while culture should be characterized by liberty. The slogans of the French Revolution, he suggests, can become truly manifest only when our social thinking is transformed to correspond to the spiritual reality.