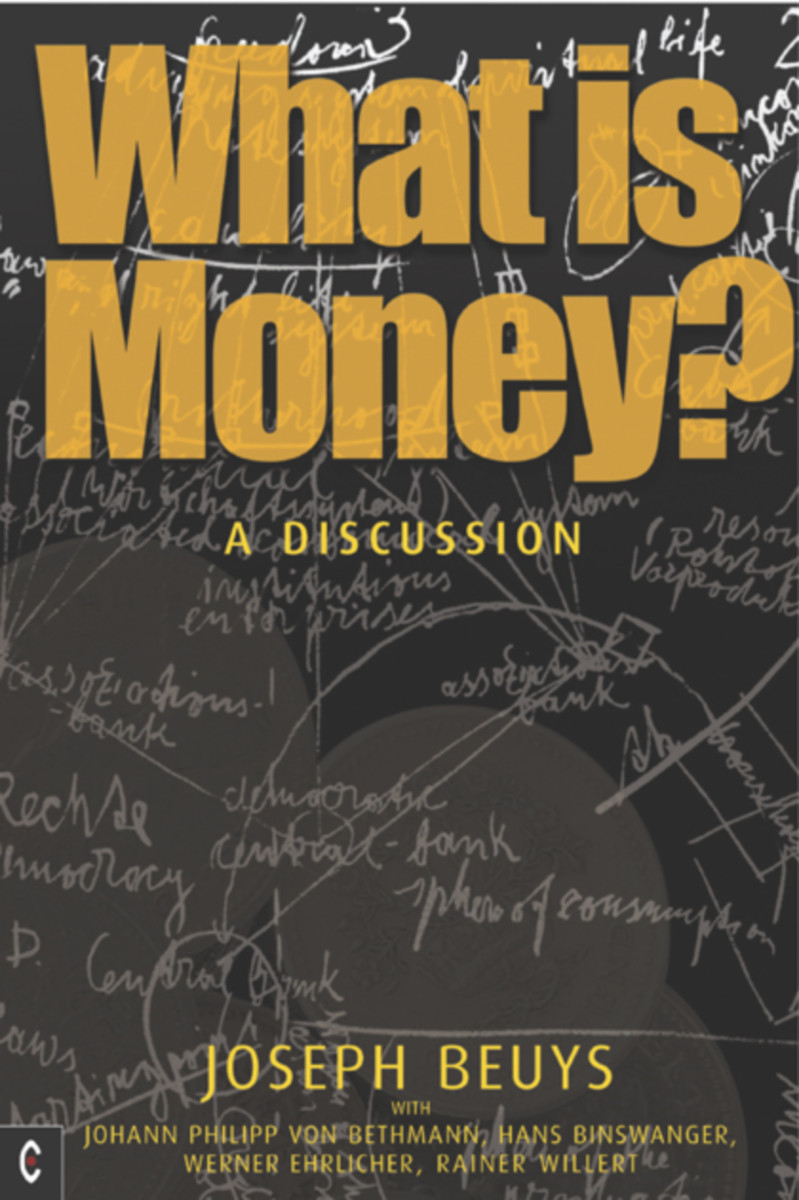 The world of finance exerts a huge influence over our lives, being responsible for economic turmoil and seemingly interminable peaks and crashes. Whereas money was once a simple means of exchange, today it is a commodity in itself and, as “capital,” exerts power over individuals, degrading work to tradable labor. Can we find a new way of understanding money today, so that we can begin to overcome its destructive aspects?

In November 1984, a remarkable discussion took place at the Meeting House in Ulm, Germany. It featured the radical artist Joseph Beuys, two professors (of financial sciences and political economics) and a banker. Beuys would seem to be out of place among such heavyweight academics, professionals, and authors, but rather than feeling intimidated by his fellow panelists, Beuys—also a social and political activist—demonstrates his groundbreaking thinking on the subject and his ability to introduce fresh perspectives.

Here for the first time is a record of this discussion, as well as analysis by Ulrich Rösch, which will be of equal interest to artists, economists and spiritual seekers.

What Is Money?
A discussion held on November 29, 1984 at the Meeting House in Ulm, Germany, between Joseph Beuys, Johann Philipp von Bethmann, Hans Binswanger, Werner Ehrlicher, and Rainer Willert

Afterword by Ulrich Rösch:
One can only understand what Joseph Beuys says by having already understood him:
An overview of Joseph Beuys’ concepts of money and capital.

Common Wealth
For a Free, Equal, Mutual, and Sustainable Society

What Is Art?
Conversations with Joseph Beuys
OR