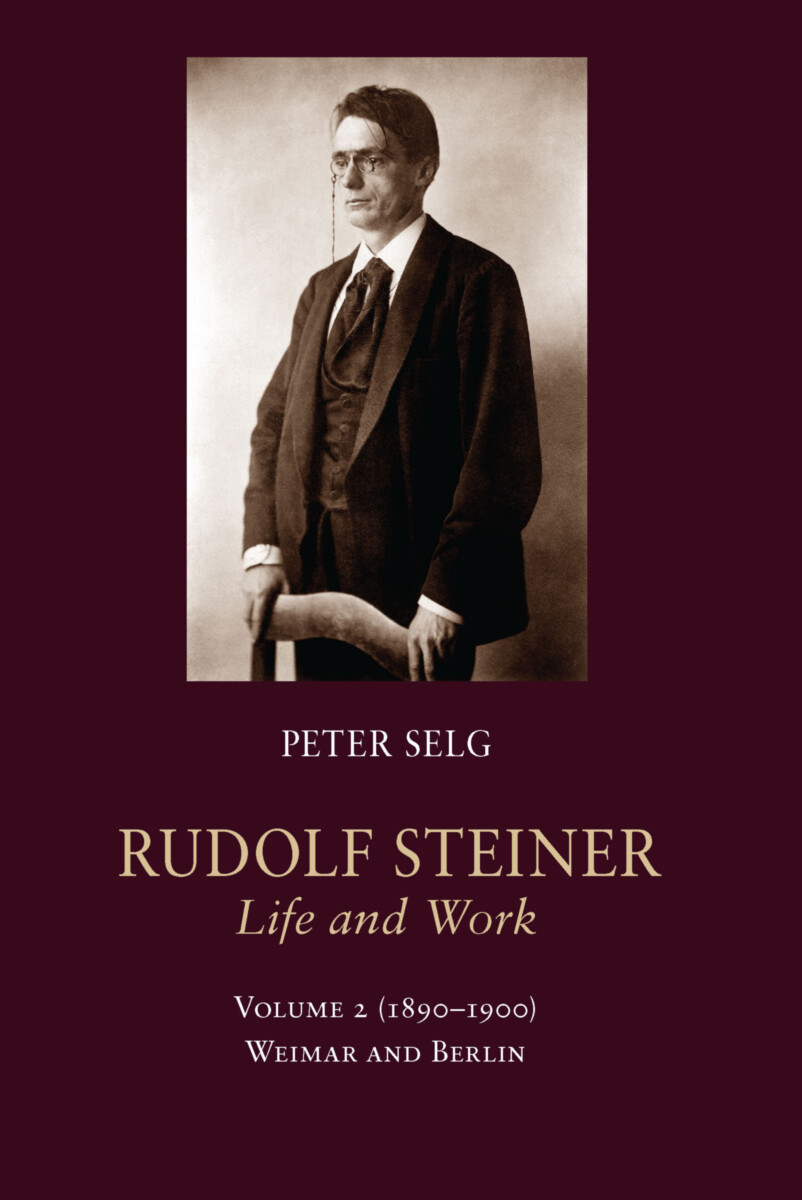 “It seemed to me that the turn of the century had to bring a new spiritual light to humankind. It seemed that a climax had been reached in excluding spirit from human thought and activity. A complete change in human evolution seemed an absolute necessity.” —Rudolf Steiner

The first chapter of this volume looks at Rudolf Steiner’s years in Weimar, beginning with his work at the Goethe Archives editing Goethe’s scientific works. It was in this capacity that Steiner was able to comprehend the great spiritual depth of Goethe’s life and work, which became the foundation for his own lifework. This chapter also looks at his social circles and the writing and publication of his works Truth and Knowledge (CW 3) and The Philosophy of Freedom (CW 4). It also highlights his encounter with the work of Friedrich Nietzsche, his visits to the Nietzsche Archives in Naum­burg, and the writing of his book Friedrich Nietzsche: Fighter for Freedom (CW 5). Rudolf Steiner’s time in Weimar closed with the creation of his second book on Goethe: Goethe’s World View (CW 6), a fruit of his work at the Archives.

The second chapter focuses on Rudolf Steiner’s time in Berlin, where he worked as editor of a cultural periodical, Magazin für Litteratur and accepted a position as lecturer at the Workers’ School. There he was able to grow into his capacity as a teacher and where, although he encountered many ideological challenges, his insight into historical development found wide appreciation among students.

The third chapter covers the turn of the century and Rudolf Steiner’s inner transition to speaking and writing more openly of his esoteric observations on the evolution of consciousness, the “I,” and the training of cognition. His decisive 1899 essay, “Individualism in Philosophy,” marked this impulse, followed by invitations to lecture freely before the Theosophical Society, where Rudolf Steiner presented the esoteric nature of Goethe’s fairytale and the content of what later became his own books Mystics after Modernism (CW 7) and Christianity as Mystical Fact and the Mysteries of Antiquity (CW 8).