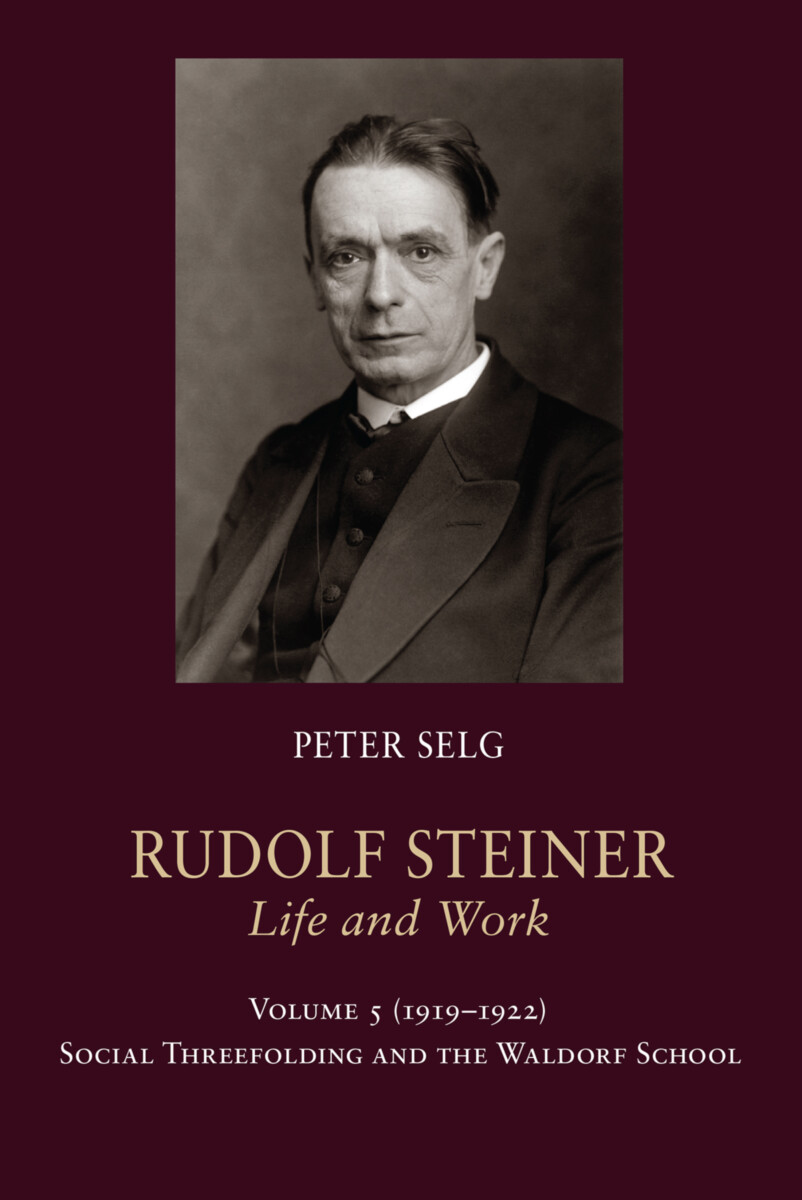 Following the widespread destruction of World War I, Europe in 1918 was faced with political, economic, and social chaos, especially in Germany. In volume 5 of his seven-volume biography of Rudolf Steiner, Peter Selg focuses on the three years following the “Great War” and Steiner’s efforts to help restructure society in a way that might avoid a recurrence of such a terrible calamity in the future. He saw the root sociopolitical and spiritual causes of the devastation and sought to change the flawed worldviews and impulses that led to the hubris behind the World War.

Rudolf Steiner thus began to concentrate on various means to renew and invigorate society, both through immediate measures—especially in his plan for a “threefold social order”—and through the new form of pedagogy that came to fruition with the Waldorf education movement. Steiner saw that a renewed form of education was necessary to the development of peaceful and healthy social conditions in the future. This education was intended to help children grow into responsible, free, and imaginative adults.

This was a time of intense work for Rudolf Steiner, including a full schedule of travel and lectures, reaching out to political leaders, training teachers for the new schools, and working with theologians and ministers toward religious renewal.

“Humanity is caught in a dreadful calamity. If humankind does not choose to embrace this new spirituality, such catastrophes will recur at—possibly quite short—intervals.” — Rudolf Steiner, March 30, 1918

“The major conflicts that have evoked the disasters of the recent years have spelt cultural devastation for large parts of the earth. More conflicts lie ahead. Humanity is preparing for the next world war. And the devastation of culture will continue.” — Rudolf Steiner, December 25, 1920

9. Social Threefolding and the Waldorf School

READ AN EXCEPT FROM THIS VOLUME