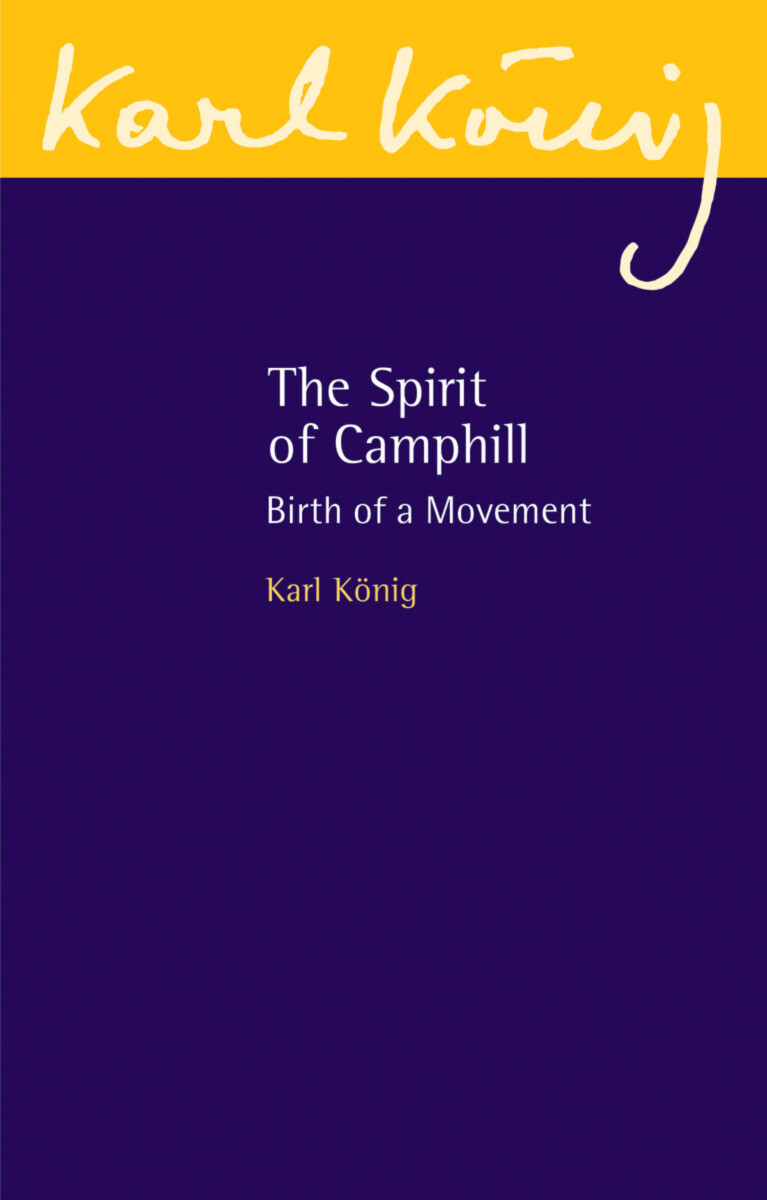 The Spirit of Camphill

Birth of a Movement

Fleeing from Nazi Europe in the late 1930s, Austrian-born Karl König and his colleagues founded the first Camphill community, for children with special needs, outside Aberdeen in the north of Scotland. The seven essays by König in this book explain the principles behind what would grow to become a worldwide movement.

The insights in this book reveal the inner motivations that drove König and his team to persevere with their social project, and help modern-day readers to understand how they succeeded in building a network that now numbers over one hundred communities in twenty countries around the world.

Outcasts in Scotland: Pioneers in an Old Manse
The Candle on the Hill
Three Stars, Pillars and Essentials, by Richard Steel

The Child with Special Needs
Letters and Essays on Curative Education

A Portrait of Camphill
From Founding Seed to Worldwide Movement

Seeds for Social Renewal
The Camphill Village Conferences
OR