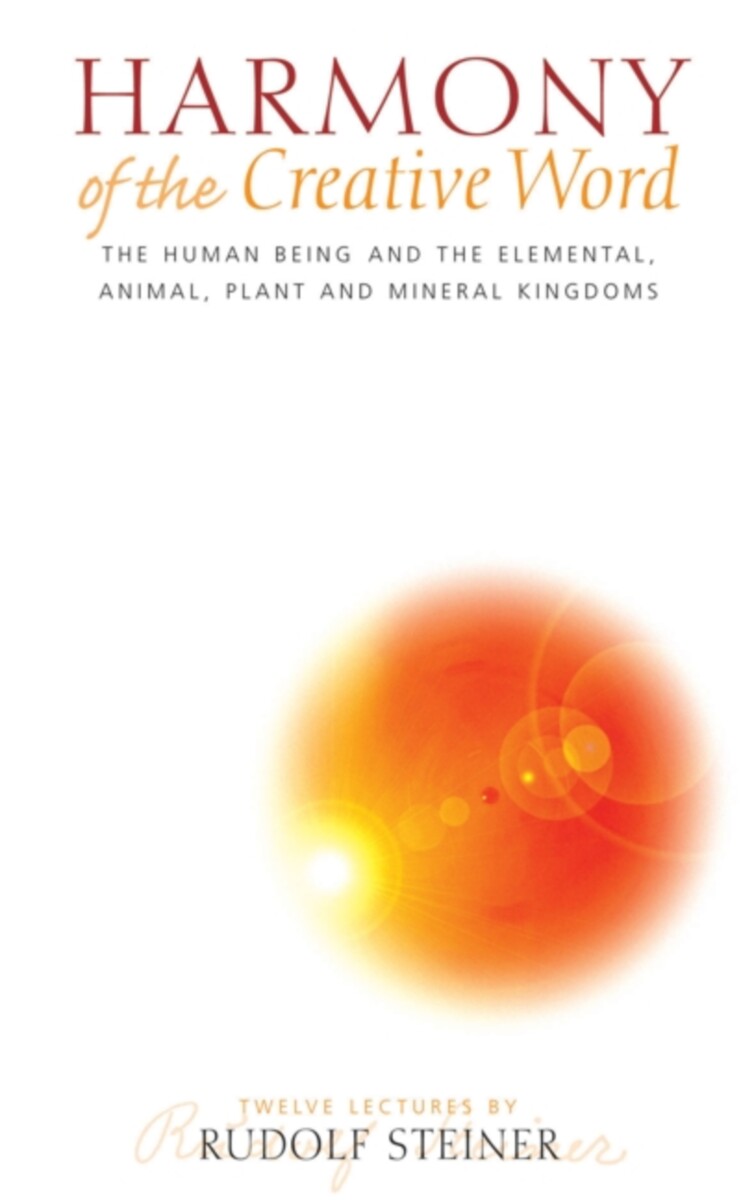 Harmony of the Creative Word

The Human Being & the Elemental, Animal, Plant, and Mineral Kingdoms (CW 230)

This is one of Steiner's most popular lecture courses. He presents an extraordinary panorama of spiritual knowledge that focuses on the human being as a microcosm containing all the laws and secrets of the cosmos.

Steiner speaks of our inner relationship to three ancient and sacred representatives of the animal kingdom—eagle, lion, and bull—and our connection with the cosmic forces that form them. He deepens these themes by approaching the plant and animal worlds within the context of planetary and cosmic evolution. He then introduces us to the elemental nature spirits—the metaphysical beings that work with plants and animals—and gives us unique and intimate descriptions of them, describing the cooperation they offer to humankind.

Finally, the human being—the “harmony of the Creative Word”—is placed at the heart of this spiritual celebration of life. These are important lectures for understanding Steiner’s view of humankind within the context of cosmic and earthly evolution

1. Man's Connection with the Cosmos: The Earth and the Animal World
2. The Inner Connection of World Phenomena and the Essential Nature of the World
3. The Plant World and the Elemental Nature Spirits
4. The Secrets of the Human Organism