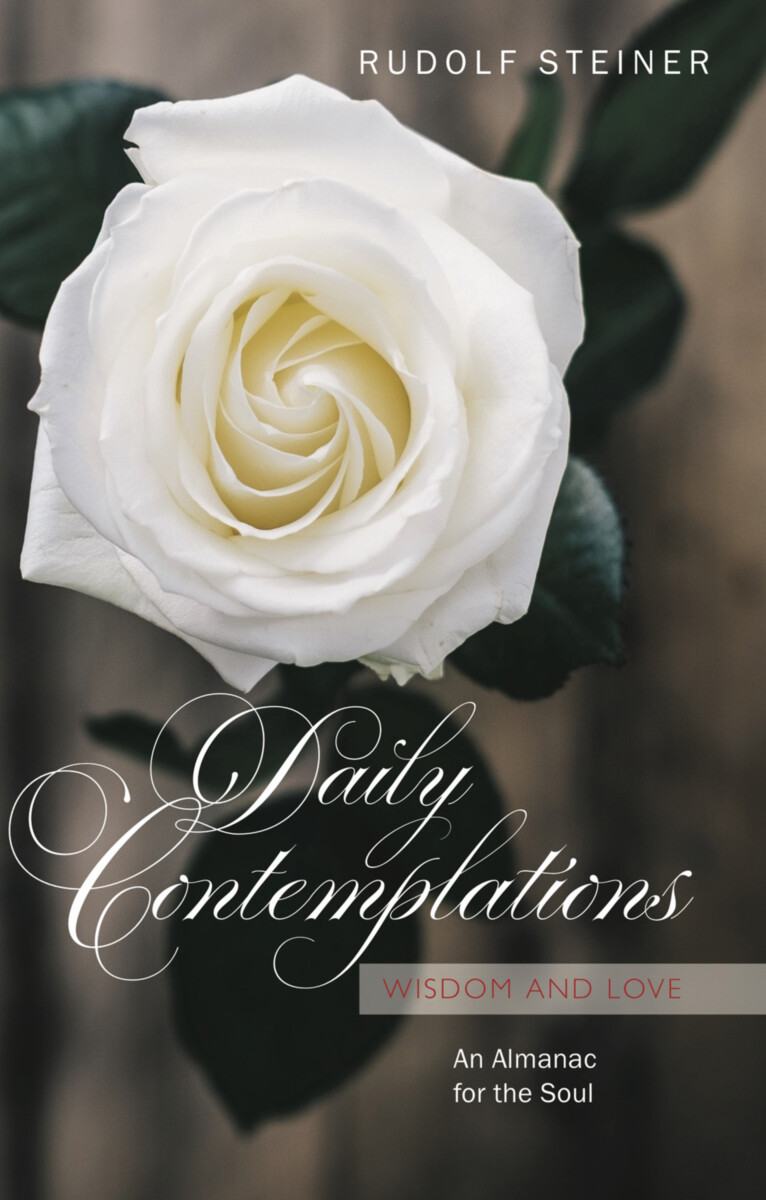 Wisdom and Love: An Almanac for the Soul

“When the human being warm in love
gives himself as soul to the world,
when our being in bright and clear reflection
takes to itself the spirit from the world,
then in spirit-illumined soul,
in spirit that is soul-sustained,
our spiritual being will truly be revealed
within our bodily being.”
—Rudolf Steiner, Berlin, Dec. 10, 1915

Rudolf Steiner’s inspiring words provide rich and nourishing thoughts and ideas for self-development and spiritual enlightenment. Daily Contemplations offers a special passage from Steiner’s lectures—a special gift for reflection—to accompany each day of the year. Carefully selected by Jean-Claude Lin, these quotations are taken from Steiner’s lectures and addresses given on each specific day of the year. Thus, the order of the texts is not arbitrary but arises from the historical fact of the lectures themselves.

This unique volume offers the reader a new way of working on a daily basis with Rudolf Steiner’s spiritual research. The aphoristic passages encourage us to ponder and delve further into Steiner’s work and to make our own creative discoveries.

“Wisdom is the premise, the foundation of love; love is the fruit of wisdom reborn in the ‘I.’” These words from Steiner are the founding motifs of his immense lecturing activity—to which this book gives manifold entry points. As Jean-Claude Lin notes in his introduction, “Wisdom and love are the alpha and omega of the human being who strives for truth and freedom.”

Meditations for Courage and Tranquillity
The Heart of Peace

Nature Contemplations
Through the Christian Year

The Voice of the Eagle
The Heart of Celtic Christianity: John Scotus Eriugena’s Homily on the Prologue to the Gospel of St. John
OR