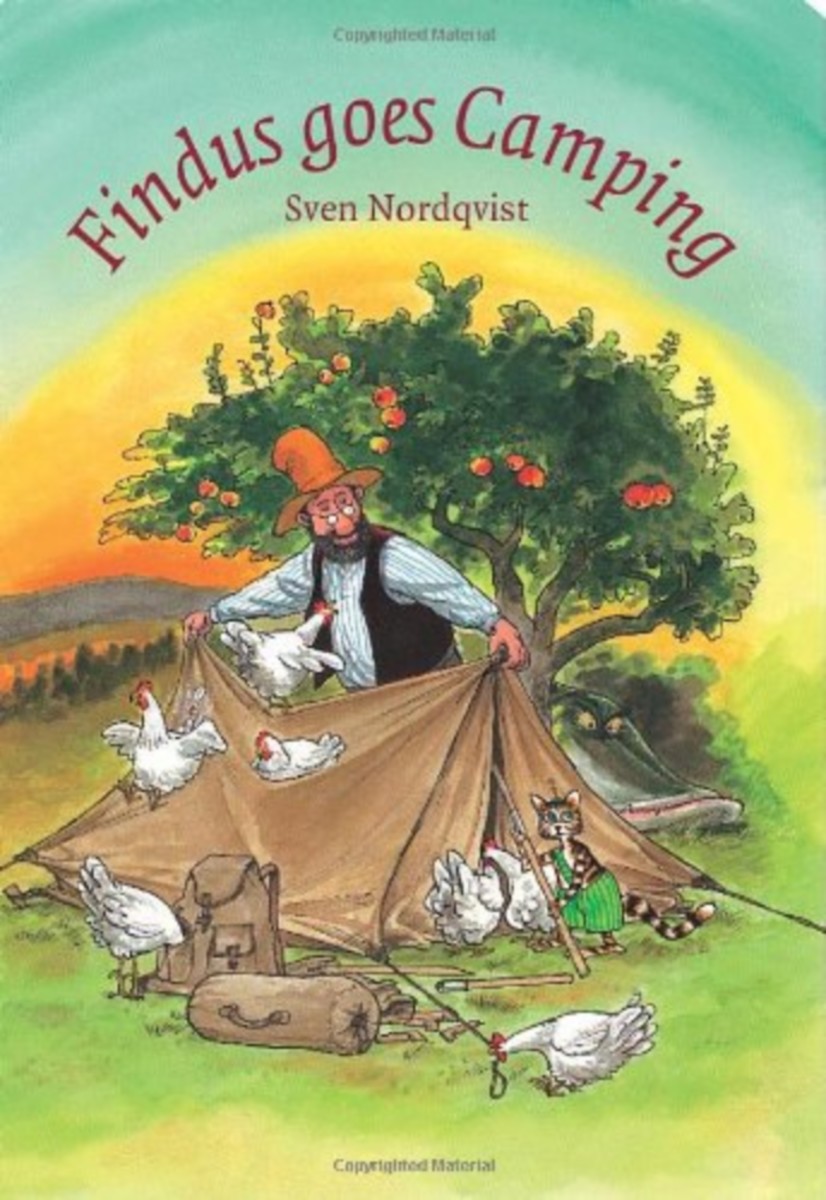 Old man Pettson was looking for a bag of fishing floats in the attic. Findus jumped on a large green canvas sausage, which bounced him downstairs.

“Why do you have such dangerous sausages lying about in the attic?” scolded Findus.

“That’s a tent,” Pettson said. He started to dream how much fun it would be to camp by the lake and grill fish over the fire as the sun set...

That’s not exactly how things turn out. But Findus, Pettson, and the hens try camping—in the garden.