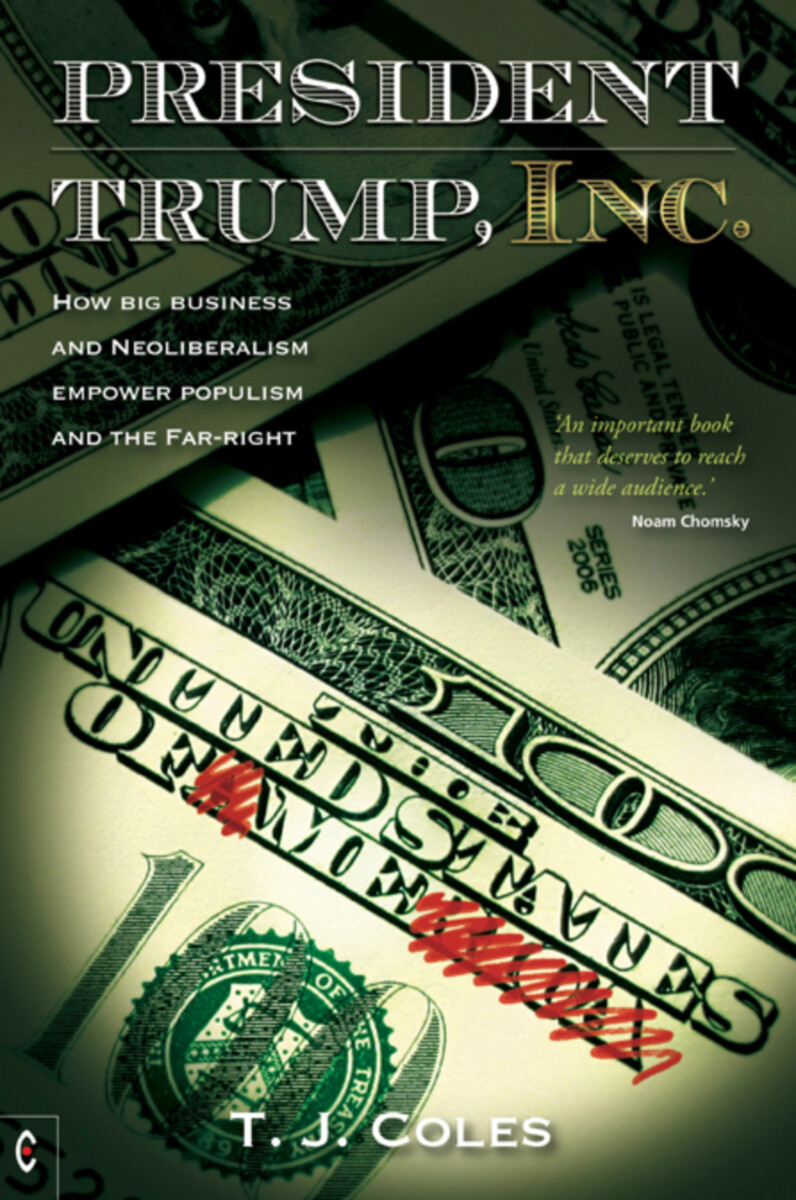 How Big Business and Neoliberalism Empower Populism and the Far-right

With Trump in the White House, big business had direct power in government. Trump stacked his cabinet with former employees of investment banks, Big Oil, and international corporations. Once big business had representatives in Trump’s cabinet, it no longer needed to bear the cost of expensive lobbying. Under Trump, corporations could control U.S. policy.

How and why did this happen? What does it mean for the bulk of the population?

T. J. Coles presents the background to Trump’s rise, tracing the history of economic neoliberalism. He shows what a “liberal economy” means in practice—privatization of public resources, cutting “red tape” for corporations, and internationalizing volatile money markets. For working people, neoliberalism translates to ongoing lowering of living standards, fewer protections for workers, spiraling housing costs, and social cutbacks. As a consequence, many voters turn their backs on mainstream politics, with many instead supporting far-right populist parties, including the Trump’s faction of the Republican Party and UKIP in Britain, despite the fact that those parties support the very policies that make most people poorer.

President Trump, Inc. exposes the Trump hoax. He sold himself as a maverick, but in reality Big Business had been lobbying Congress for years to do what he campaigned for—tearing up the international TPP trade agreement, excluding low-skilled immigrants while fast-tracking specific foreign workers, and helping repatriate corporations to the U.S. Trump’s seemingly personal agenda—“Make America Great Again”—was really a wish list of Big Business and global elites.

Coles concludes on a positive note, offering tangible hope. Real change, he notes, doesn’t happen from the top down. Millions of people around the world are working at local levels to win power back from centralized elites for their communities. The first step in this process of true democratization is to understand what’s really happening, and Coles’ essential analysis provides a clear picture of the present and possibly future reality.

PART ONE: BACKGROUND TO THE CRISES