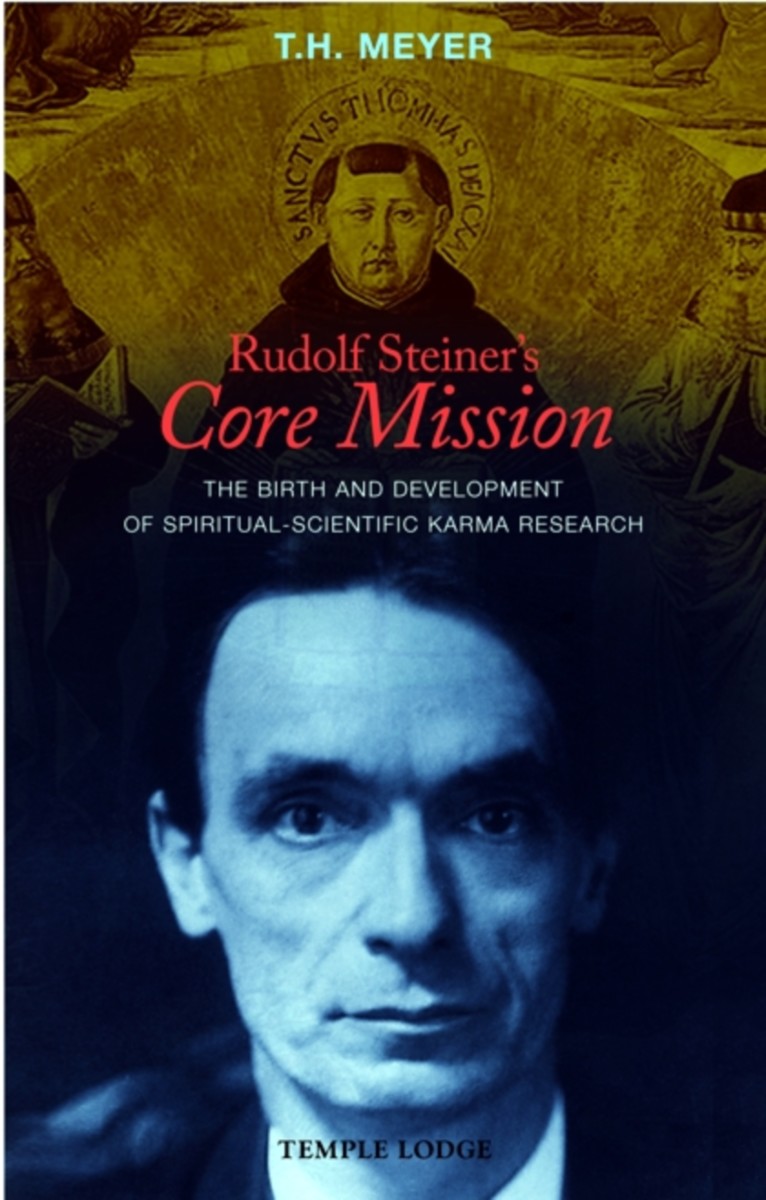 The Birth and Development of Spiritual-Scientific Karma Research

Rudolf Steiner’s core mission—repeatedly delayed owing to the a lack of capacity in his colleagues—was to pursue contemporary spiritual-scientific research into the phenomena of reincarnation and karma. This stimulating book describes the winding biographical path of that mission. It focuses in particular on the mystery of Steiner’s connection with the influential medieval philosopher and theologian Thomas Aquinas. Using numerous archival sources and publications, Thomas Meyer reveals many facts related to the core of Steiner's mission, showing the critical roles played by Wilhelm Anton Neumann and Karl Julius Schröer in its genesis and development.

Meyer examines how Rudolf Steiner’s students responded to his understanding of karma, placing this “most intrinsic mission” in the context of current divisions in the anthroposophic movement. He highlights especially the place of spiritual science in culture and history and shows how Steiner further developed the great scientific ideas of evolution propounded by Darwin by raising them to the plane of individual soul and spiritual development. As Steiner stated in 1903, “Scientific researchers explain the skull forms of higher animals as a transformation of a lower type of skull. In the same way one should explain a soul's biography through the soul biography which the former evolved from.”