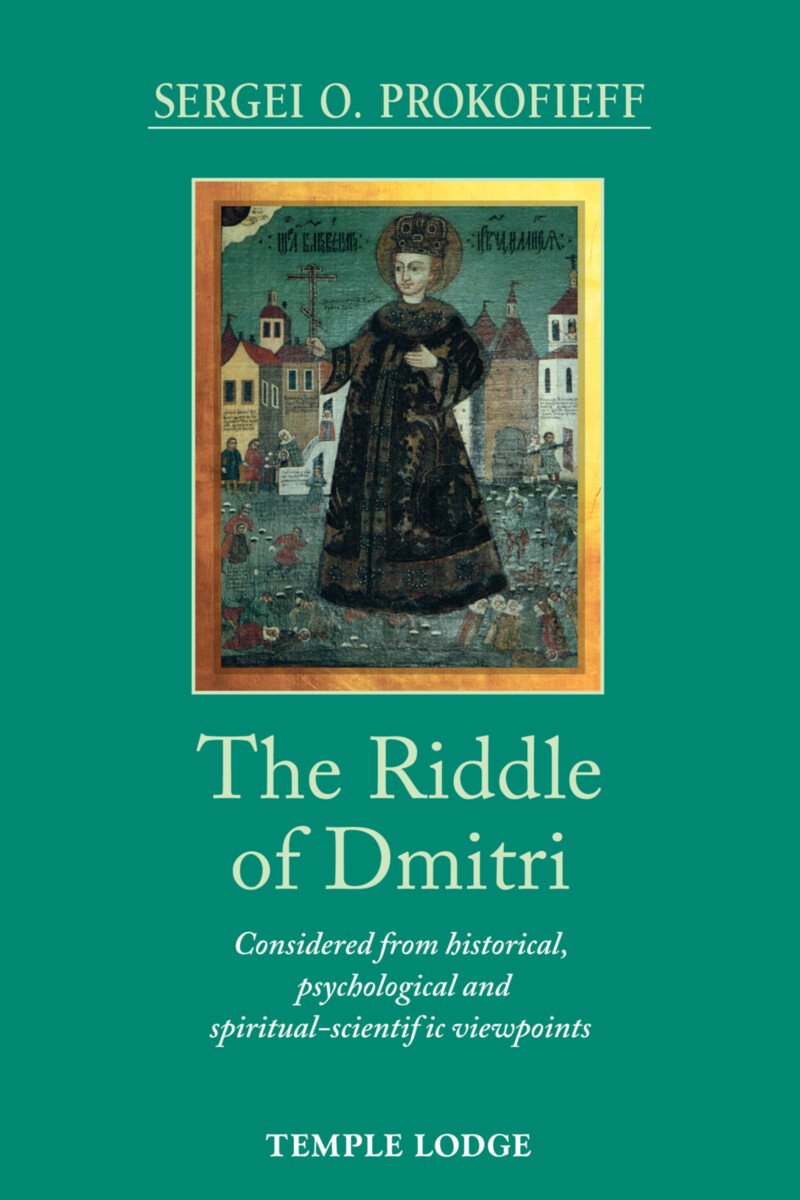 The Riddle of Dmitri

In a private conversation on his deathbed, Rudolf Steiner informed his friend Count Polzer-Hoditz of three spiritual problems that would need to be resolved in the coming years: First is the question of the two Johns (John the Baptist and John the Evangelist). Second is the question of who Dmitri actually was. Third is the matter of Caspar Hauser’s origin.

Tackling these issues, Steiner said, would be critically important to humanity’s future. He added, “In all three problems, it is important that one’s gaze is directed not toward death but toward birth. Where did they come from and with what tasks?” In the case of Dmitri, Steiner emphasized that the most important thing is to discover what was supposed to be achieved through his being.

Utilizing the significant clues left by Steiner, Prokofieff tackles the second of these tasks, a great unsolved mystery of Russian history. Tsarevich Dmitri, the son of Tsar Ivan the Terrible, was murdered as a young boy. He was later impersonated by a series of rogues and pretenders.

Prokofieff’s wideranging study integrates historical, psychological, and spiritual-scientific perspectives in his effort to uncover the truth behind Dmitri’s brief life and mission and the distortions created by the “false Dmitris.” He also examines the significance of Friedrich Schiller’s unfinished play, Demetrius.

In the afterword (written for the second German edition), documents that were cited incompletely in another publication on Demetrius are examined here in detail. Those earlier statements have led to erroneous ideas on this subject in anthroposophic circles. This problem is addressed here and corrected.

Conclusion: The Problem of Dmitri and the Present

Kaspar Hauser
Where did he come from?

Kaspar Hauser
The Struggle for the Spirit

Kaspar Hauser, Child of Europe
An Artistic and Contemplative Approach to an Enduring Enigma

Rudolf Steiner
A Biography
OR