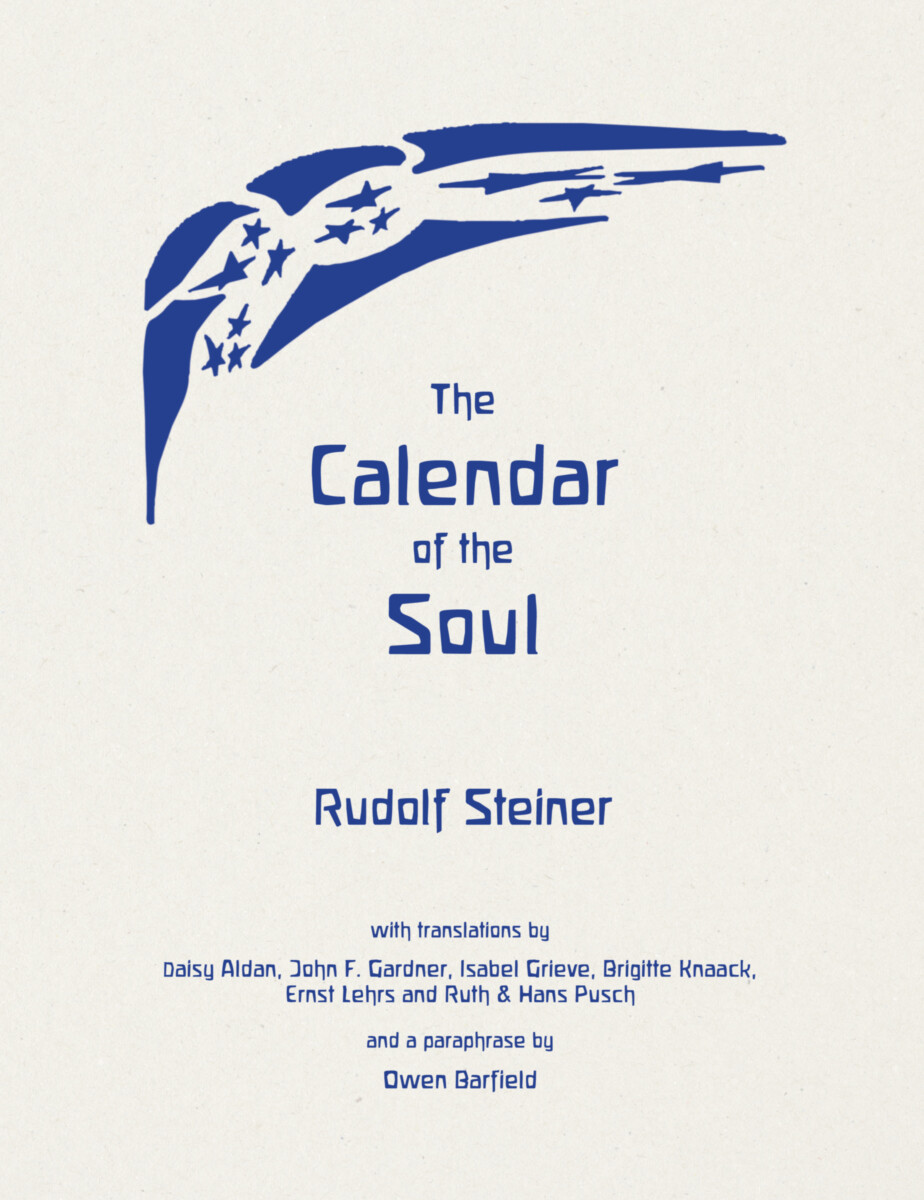 Rudolf Steiner’s German verses are presented side by side with six different translations plus a paraphrased text by Owen Barfield, each representing a facet of the multifaceted original.

Mirroring the passage of the sun between the equinoxes, from Easter to Michaelmas and back again, The Calendar of the Soul is composed of corresponding verses that reveal the polarity of the earth’s rhythm of breathing out and breathing in.

May the light of the Soul Calendar’s true language—which is neither German nor English but the language of the soul—shine through the translations of these 52 mantras and enable those who contemplate them to carry them into their own soul’s individual language.