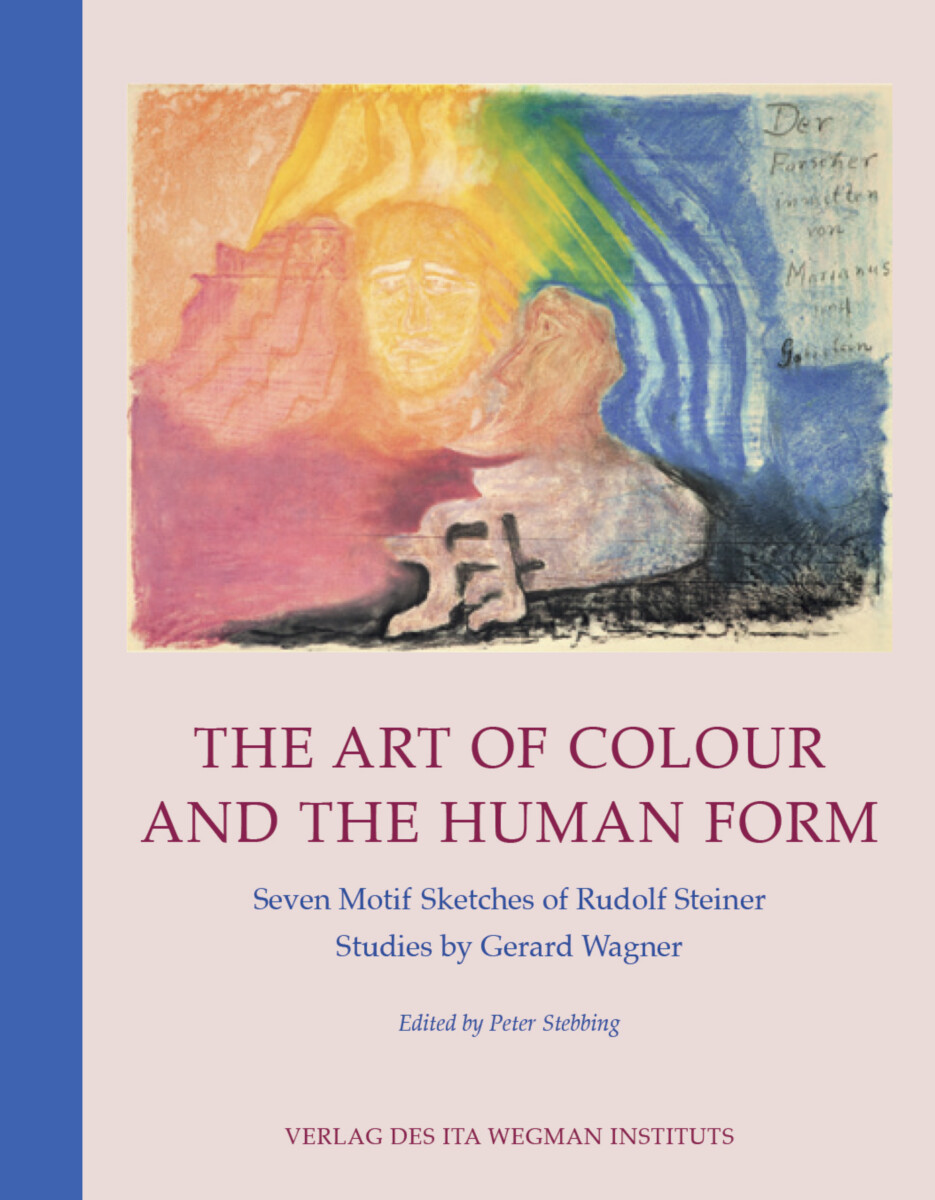 “The human being is the most exalted, indeed the true subject of visual art.” — J. W. Goethe, Propylaea

“...when we speak of visual art...it is above all a matter of understanding how everything in the visual arts ultimately aims at, proceeds from, and creates out of the human form. — Rudolf Steiner, Becoming Fully Human, p. 43

“The actual underlying problem in painting in our time can be designated as ‘depicting the spirit form of the human being out of the color.’” — Maria Strakosch-Giesler, Die erlöste Sphinx, 1955

Based on Rudolf Steiner’s indications, Gerard Wagner shows a wholly new approach to the human form in art. The Art of Colour and the Human Form presents the seven motif sketches concerned with the “spirit form of the human being,” as well as numerous studies that Gerard Wagner painted over a period of thirty years. The intention of this volume is to present an artistic approach to these unique motifs and to indicate their potential “color build-up.”

The Art of Colour and the Human Form contributes to a more comprehensive understanding of this new direction in art.

“In Anthroposophy, we have the most modern worldview that can possibly be imagined in our time.... Anthroposophy is, in fact—as Rudolf Steiner called it in London in 1913—‘the gift of Michael to humanity,’ meaning a gift of the Time Spirit. What can be more modem than the gift of the Time Spirit for his epoch, which is to last for several hundred years and even beyond as a path to a conscious collaboration of human beings with the spiritual hierarchies? What can be more modem than that?”