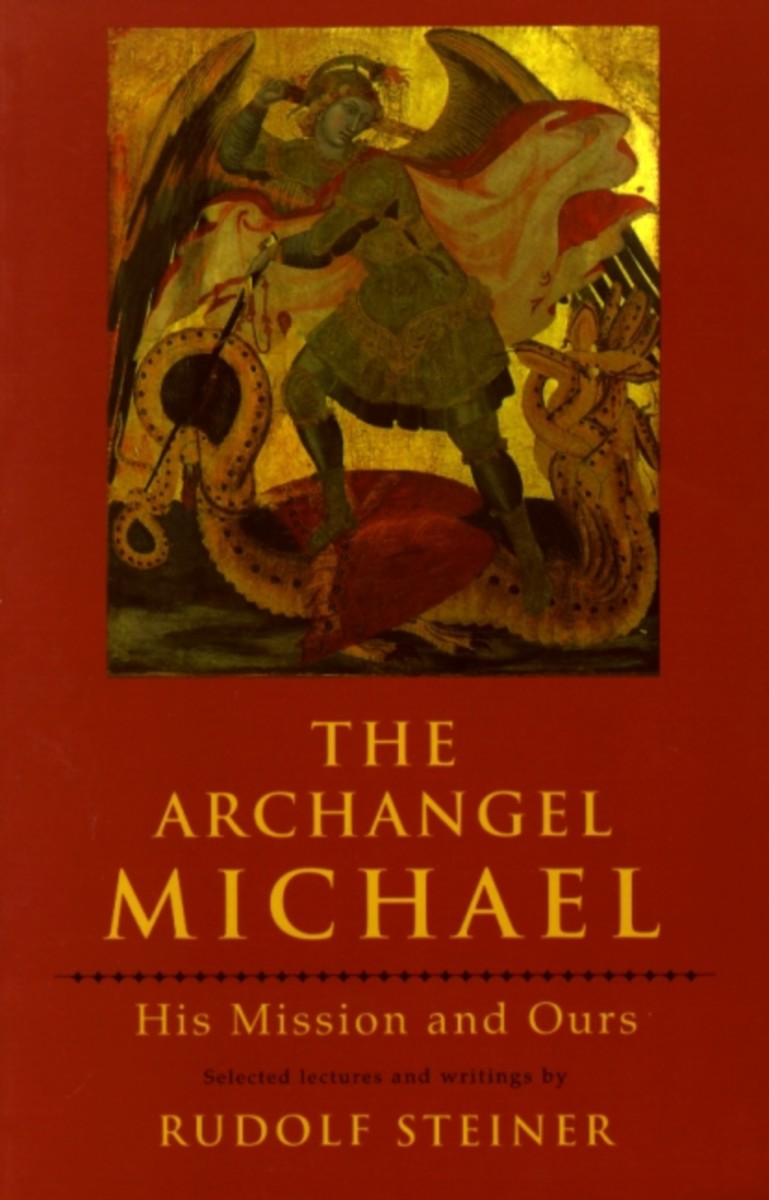 His Mission and Ours

“The Michael age has dawned. Hearts begin to have thoughts. Enthusiasm no longer flows from mystical obscurity, but from the inner clarity that thought conveys. To grasp this is to receive Michael into one’s soul. Thoughts that today seek to grasp the spirit must spring from hearts that beat for Michael as the fiery cosmic prince of thought.” —Rudolf Steiner

For centuries, the tradition of the “mystical chronology” of the world’s seven archangelic regents has been part of Western esoteric teaching. According to this tradition, 1879 marked the return of the solar spirit Michael—the archangel of the Sun—to oversee earthly evolution. Steiner always placed his life and work in the service of Michael’s evolutionary task. And he recognized that, at the beginning of the twentieth century, humanity emerged from the Kali Yuga—the Dark Age—and entered the Age of Light.

Against this background, Steiner described the ascent of Michael as cosmic ruler, his battle with the “dragon” of the spirits of darkness, and his roles as the countenance of Christ and the guardian of cosmic intelligence. He also gave many profound indications of how Michael’s evolutionary task depends on the free and independent collaboration of human coworkers. Speaking on behalf of Michael, Steiner laid out the essentials for a new Michaelic path to full humanity.

Among the elements of this path are the development of selfless individuality; cosmopolitanism; the practice of the presence of Christ; fearlessness; the transformation of thinking and perception in a new synthesis of science, art, and religion; the spiritualization of space; and the separation of thought from language.

The Archangel Michael gathers most of Steiner’s statements on this subject, making it an important source for coming to terms with today’s political, social, psychological, and spiritual crises.

Introduction by Christopher Bamford
Prologue: Intimations of the Archangel Michael in Different Traditions

1. Rudolf Steiner’s Early Accounts of the Michael Event of 1879
2. The Integration of Humanity into The Ranks of the Hierarchies
3. Michael, The Messenger of Christ
4. The Archangel Michael: The Time Spirit
5. Michael and the Buddha
6. Behind the Scenes of External Happenings: The Fall of the Spirits of Darkness
7. Signs of the Times: Michael’s War in Heaven and Its Reflection on the Earth

PART TWO: THE MISSION OF THE ARCHANGEL MICHAEL

LECTURE 1: The contrast between the evolution of the head and the rest of the organism—Triad and duality in the world and human understanding—The abolition of the tripartite human being at the Eighth Ecumenical Council of Constantinople of 869 —The Christ-Impulse as the balance between Lucifer and Ahriman
LECTURE 2: The head as retrogressive, the rest of the organism as progressive—Pre-Christian Revelations: Day Revelations through the head (Lucifer), Night Revelations through the rest of the organism (Jahve)—Michael, the Countenance of Jahve—The transformation of Michael from Night Spirit to Day Spirit—Michael’s Task in the past and the future: The Word becomes flesh and the flesh becomes Spirit
LECTURE 3: Luciferic and Ahrimanic influences—Michaelic thinking—The true concept of evolution—Progressive and regressive evolution—Beauty in art and the battle between beauty and ugliness
LECTURE 4: The Mystery of Golgotha, the central point in earthly evolution, prepared for in Greek thinking, the last remnant of ancient Mystery culture—Scholasticism, the continuation of Greek thinking—Since the fifteenth century: the preparation of a new Mystery culture—The need to penetrate the heart organization with the Christ-Impulse (to balance Lucifer penetrating the head and Ahriman working in the limbs)
LECTURE 5: The evolution of the human soul —The problem of necessity and human freedom—The evolution of the God concept from the fourth to the sixteenth centuries—Michael’s deed influence as the counterpole to Ahriman—The necessity of the Christ-Impulse
LECTURE 6: The ancient yoga culture and the new yoga will—The achievement of a new knowledge of pre-existence as Michael culture in the future

APPENDIX: Johannes Trithemius: “A Treatise on the Seven Secondary Causes”