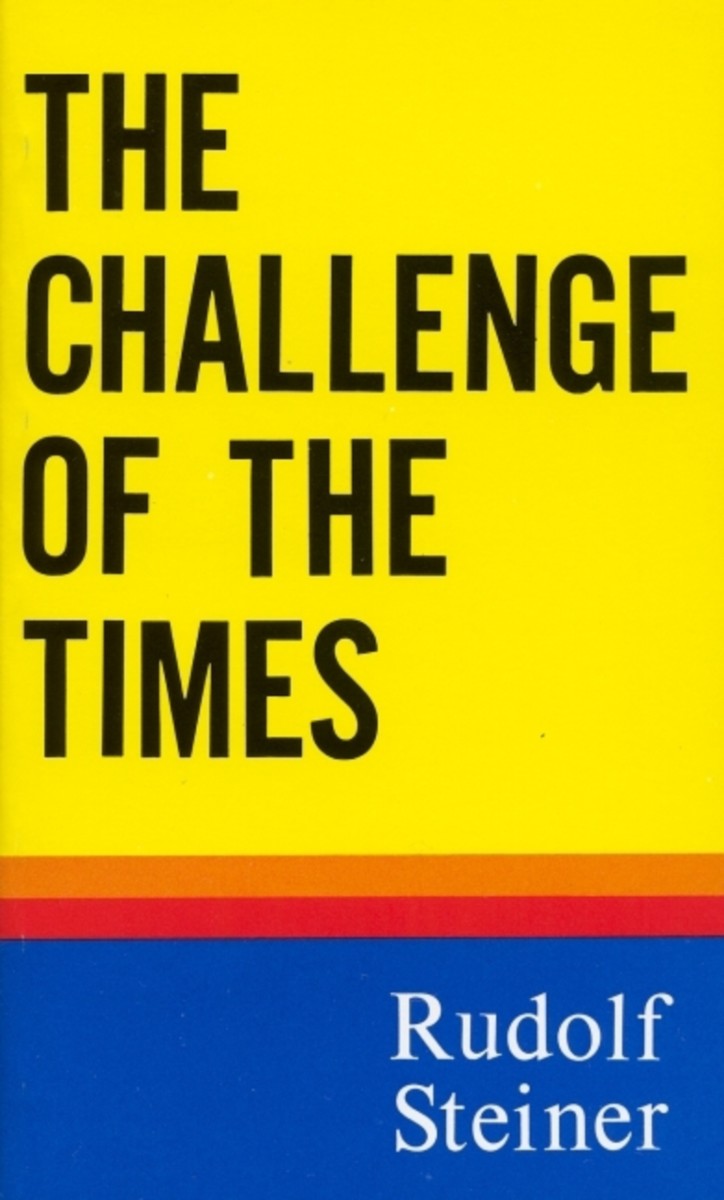 The Challenge of the Times

In these lectures, given just days after the end of World War I, Steiner describes the new developments in mechanics, politics, and economy, as well as new capacities and methods in the West and the East. He reveals their fruitful potentials, but also the dangers of their abuse. He discusses social and antisocial instincts, specters of the Old Testament in the nationalism of the present, and the innate capacities of various nations.

This volume is a translation of Die soziale Grundforderung unserer Zeit (GA 186).

1. East and West from a Spiritual Point of View
2. The Present from the Viewpoint of the Present
3. The Mechanistic, Eugenic, and Hygienic Aspects of the Future
4. Social and Antisocial Instincts
5. Specters of the Old Testament in the Nationalism of the Present
6. The Innate Capacities of the Nations of the World