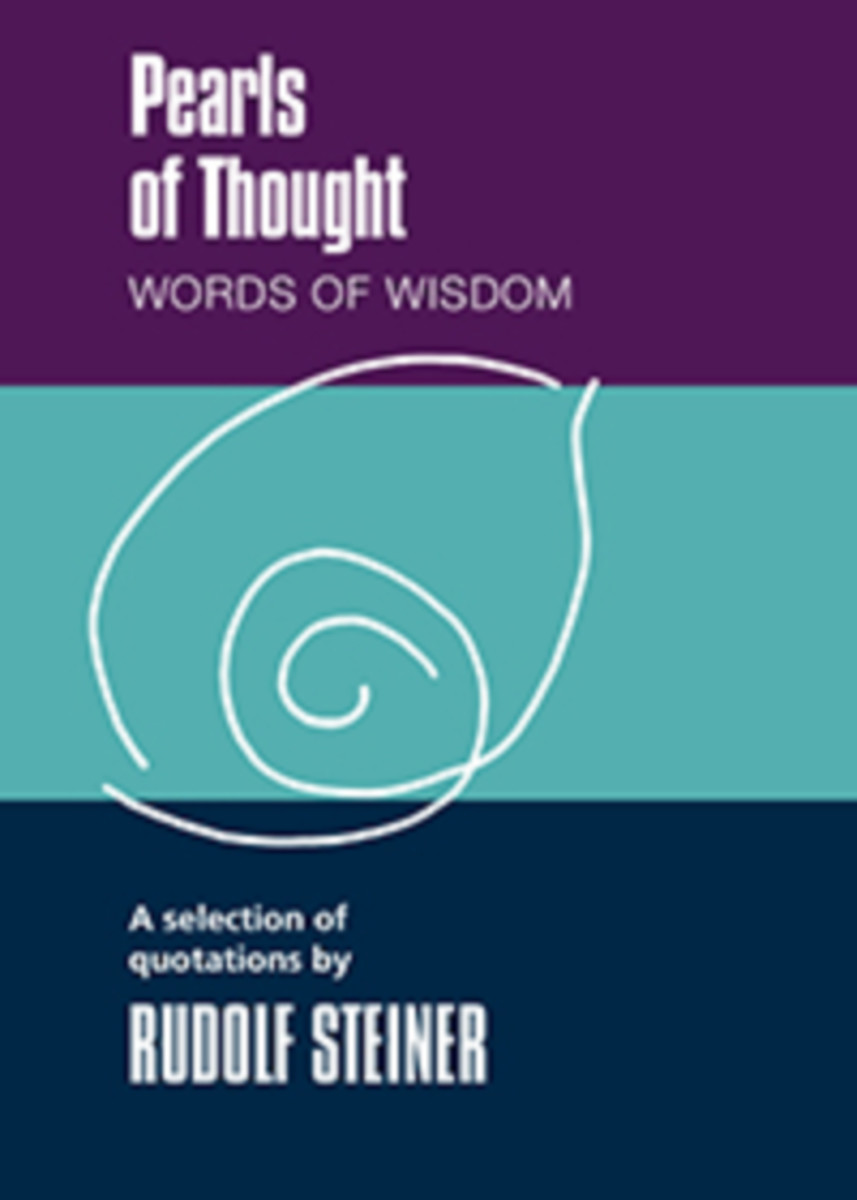 Pearls of Thought, Words of Wisdom

A Selection of Quotations by Rudolf Steiner

Like pearls in the oyster, pearls of thought are easily overlooked. Lying hidden in texts, they keep their light under a bushel, serving the greater framework and context. But if we draw them out they begin to shine, revealing their translucent facets and intrinsic harmony. In this meditative treasure, the editor has harvested and threaded together such pearls from Rudolf Steiner’s books, creating new textures and striking panoramas. Dynamic constellations of thought arise, allowing us unusual and surprising access to Steiner’s spiritual and philosophical thinking. In contrast to the prevailing view that meaning arises only in context, these self-sufficient verbal universes show us that the opposite can also be true. The pearls of thought in this compact pocket book acquire enhanced meaning in isolation, mysteriously becoming independent of the thoughts and phrases that precede or follow them.

About this Book by Daniel Baumgartner

1. Before anything else can be grasped, thinking itself must be
2. The world’s content of ideas is founded on itself
3. WE do not act because we should but because we have the will to
4. A consciously knowing being cannot be unfree
5. To err is to be human
6. Overcoming our sensory nature through the spirit is the goal of art and science
7. Nothing actually sunders itself from the rest of the world
8. The source of morality is spiritual pleasure in what we ourselves engender
9. We can only find nature outside us if we first know it within us
10. Outer freedom in social interaction depends upon the inner freedom of each individual
11. On occasion truth is destined to sound paradoxical in relation to contemporary realities
12. With our I, you see, we are quite alone