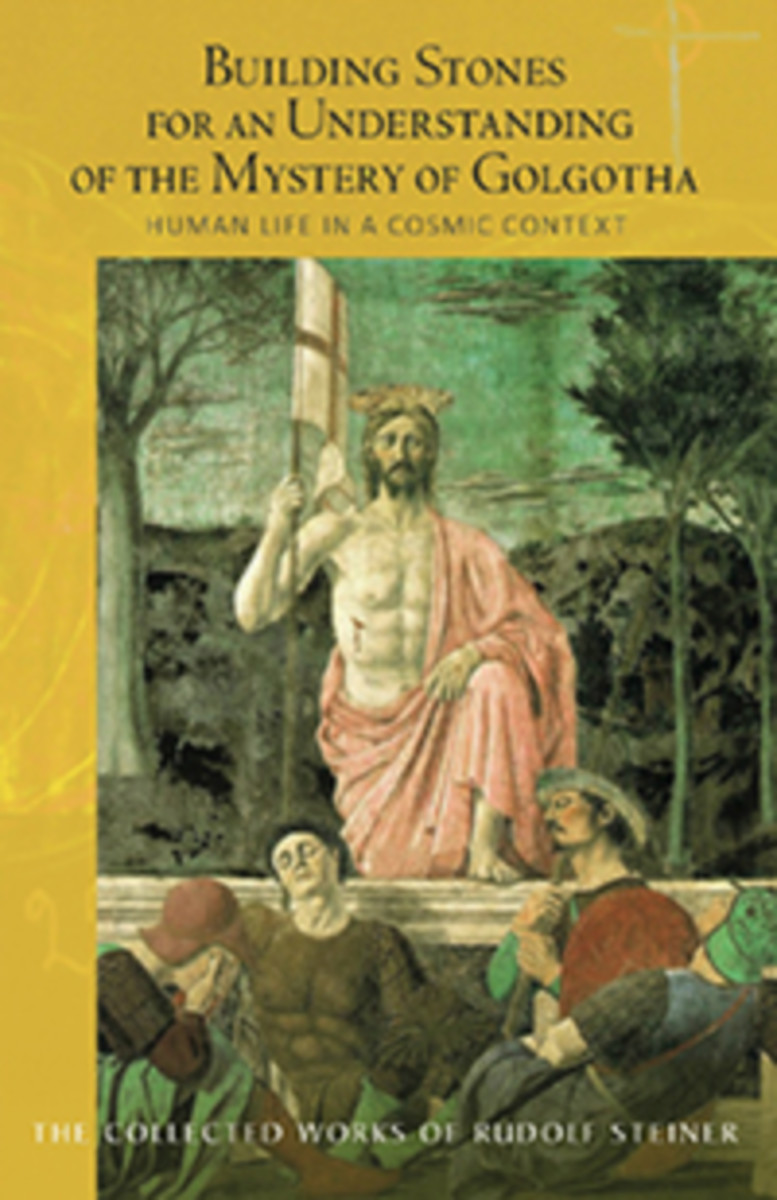 “If one is unable to conceive of the Christ mystery as a true reality, one also cannot develop any ideas and concepts relating to the rest of world existence that are imbued with reality, which really penetrate to the truth.” —Rudolf Steiner

In these lectures, Rudolf Steiner shines fresh light on the historical background and esoteric meaning of what he calls “the central event of human and earthly history”—the Christ mystery, or the Mystery of Golgotha. Basing his commentaries on personal spiritual research, he emphasizes the key nature of the Mystery of Golgotha, through which “something was accomplished that has to do not with the moral order alone, but also with the whole world order in its entirety.” This relates to a transformation of the spiritual environment of the Earth and a potentially radical change in human consciousness.

Building on the core themes of this course, Steiner presents a variety of fascinating topics, including original sin and the idea of resurrection; faith and knowledge; the nature of sleep and the mystery of fatigue; violation of the mysteries by Roman Emperors; teachings of Mani and Augustine; our relationship to the so-called dead through spiritualistic séances; and the correspondence among the Platonic year, a day in one’s life, and a human lifetime.

Delivered to audiences a century ago, these lectures have not lost their resonance—indeed, their essential message may be more relevant than ever. They are published here in a new translation and for the first time in a complete English edition.

“So let us endeavor to make Spiritual Science our own, not merely as a teaching but as a language, and then wait until we find the questions in this language that we may address to Christ. He will answer—yes, he will answer!”