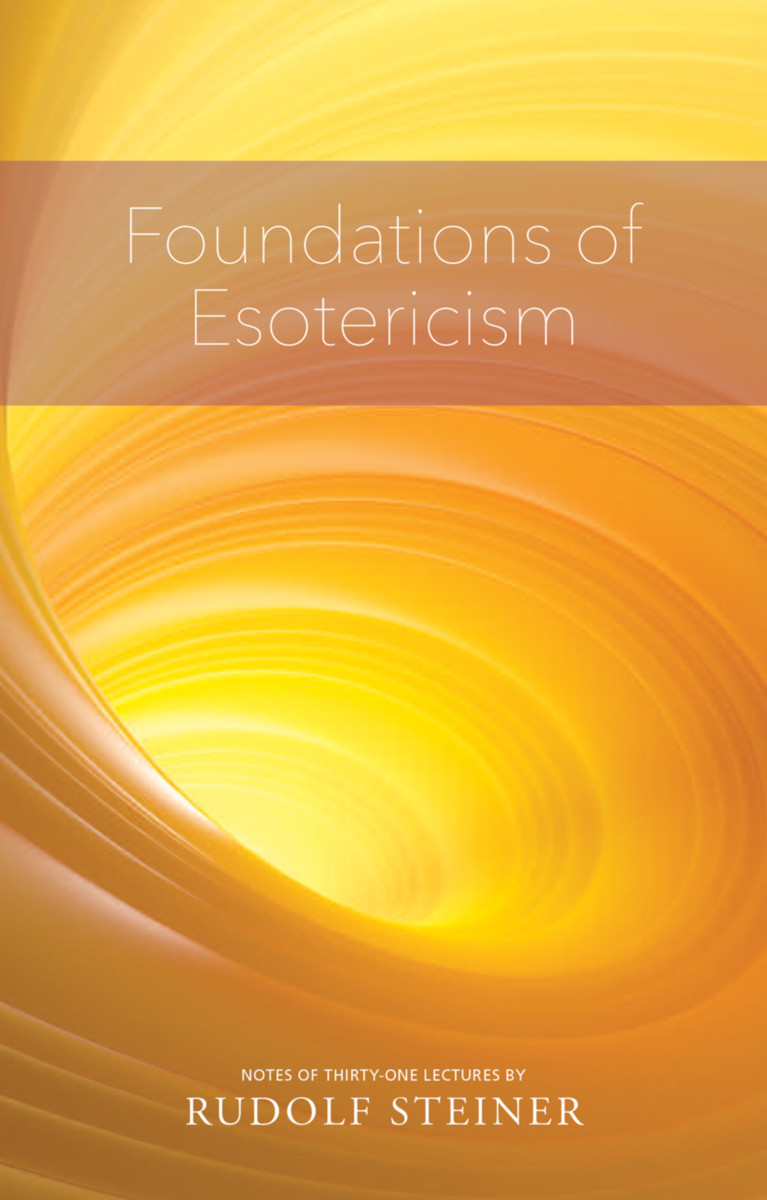 “It is a cosmic law that what has once taken place can never vanish, but must reappear later in a metamorphosed form. Every thought, feeling and action brought about by man does not only affect the world around him but will reappear in the future.” (from the preface)

This course of lectures was originally offered as private, strictly verbal instruction to a selected group of esoteric students. In an atmosphere of earnest study, Rudolf Steiner “translated” important concepts of human and cosmic knowledgefrom the “akashic script” into earthly language—content rarely found in his later lectures. Although Steiner was working within the Theosophical Society at the time, he nonetheless acted as an independent spiritual teacher: “I would present only the results of what I observed in my own spiritual research.”

The manifold, exact, and detailed descriptions of evolutionary events in these lectures form a background to the development of the humankind. Steiner vividly describes the great event of the Moon separating from the Earth, which occurred, according him, to provide an environment suited to human progress. The wonderful moment when the higher human being descended in a “bell-like” form and enveloped the lower human body—then still on the level of animals—depicts what eventually provided human beings with a body suited to the development of the true human self, one's “I.” Spiritual beings and the great initiates then guided humanity along the destined path.

Rudolf Steiner presents a sweep of esoteric knowledge, including the phases of “planetary” evolution, myths and symbols, human physical and spiritual organs, illness, reincarnation, and more. Also included are unexpected insights into specific phenomena such as dinosaurs, bacteria, radiation, black and white magic, the Sphinx, and Freemasonry.

This book is a translation from German of Grundelemente der Esoterik (GA 93a).