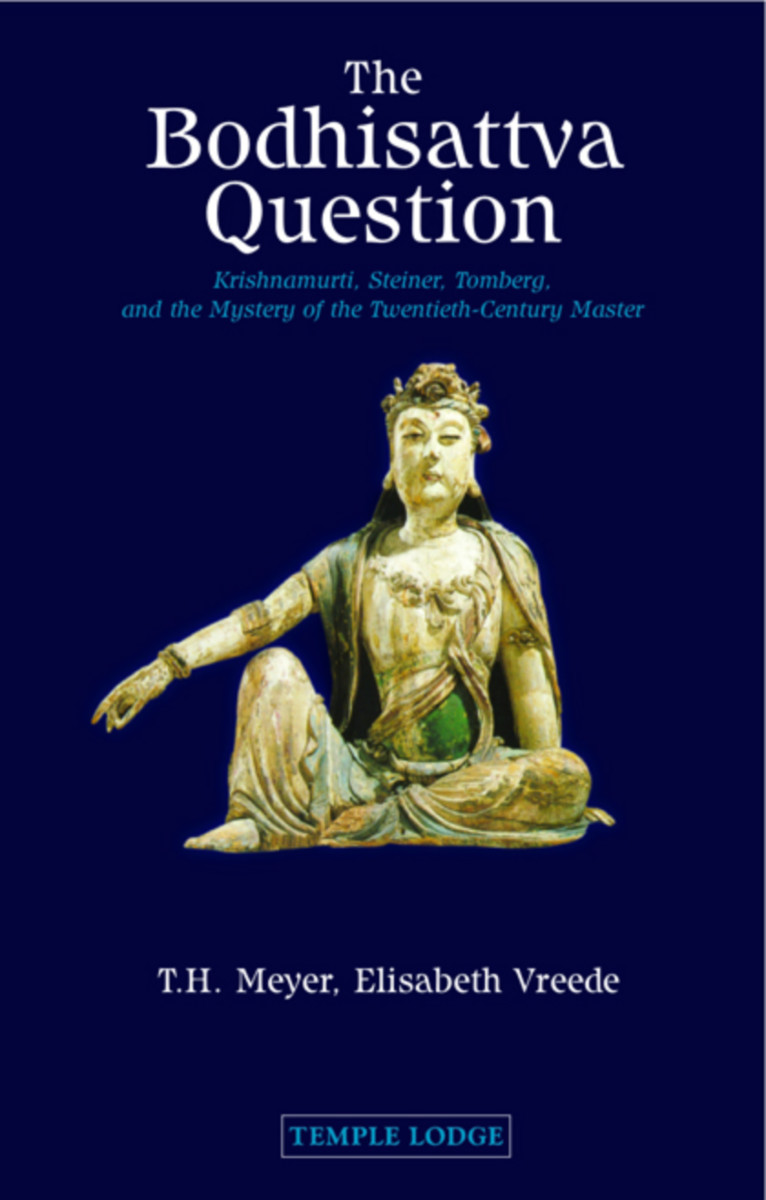 Krishnamurti, Rudolf Steiner, Valentin Tomberg, and the Mystery of the Twentieth-Century Master

“Enthusiastic readers are sometimes heard to say of a book: ‘I couldn't put it down.’ This is obviously either a metaphor or else a gross hyperbole. But I can't recall any book as to which in my case it came nearer to the literal truth than The Bodhisattva Question.” — Owen Barfield

According to Eastern tradition, the twelve sublime beings known as bodhisattvas are the great teachers of humanity. One after another, they descend into earthly incarnation until they fulfil their earthly missions. At that point, they rise to buddahood and are no longer obliged to return in a physical form. However, before bodhisattvas becomes a buddhas, they announce the name of their successors.

According to Rudolf Steiner, the future Maitreya Buddha—or the “Bringer of Good,” as his predecessor named him—incarnated in a human body in the twentieth century. Presuming this to be so, then who was this person? Theosophists believed they had discovered the bodhisattva in an Indian boy named Krishnamurti, who did indeed grow up to become a teacher of some magnitude. Adolf Arenson and Elisabeth Vreede, both students of Steiner, made independent examinations of this question in relation to Steiner's personal mission. They reached contrasting conclusions. More recently, a claim has been made that Valentin Tomberg—a student of Anthroposophy but later an influential Roman Catholic—was the bodhisattva.

In this book, Meyer analyzes these conflicting theories and demonstrates how the question can be useful as an exercise in developing sound judgment in spiritual matters. Elisabeth Vreede's two lectures on the subject, included here in full, are a valuable contribution to our understanding of the true nature and being of Rudolf Steiner.

1. Concerning the Light of Free Insight
2. A Childhood in India
3. The Origin and Aim of the Theosophical Movement
4. The Fundamental Christological Error of the Theosophists
5. The Beginning of the End of the Theosophical Society
6. The Two Sources of All Illusion
7. An “Initiation” at a Youthful Age and Rudolf Steiner’s Compensatory Deed
8. The One Source of All Infallibility
9. Division of the Spirits
10. A Dream Comes to an End
11. Rudolf Steiner and the Bodhisattva Question in the 20th Century
12. Concluding Perspectives

Introduction to Elisabeth Vreede’s Lectures
The Bodhisattva Question in the History of the Anthroposophical Society
Two Lectures Given by Elisabeth Vreede in Stuttgart, July 9 & 11, 1930

A Postscript, 21 Years on: “A Man Infinitely Greater than Any of Us”

Appendix: The Bodhisattva Question in the Light of the Mystery Drama The Portal of Initiation

Watch the author discuss this book