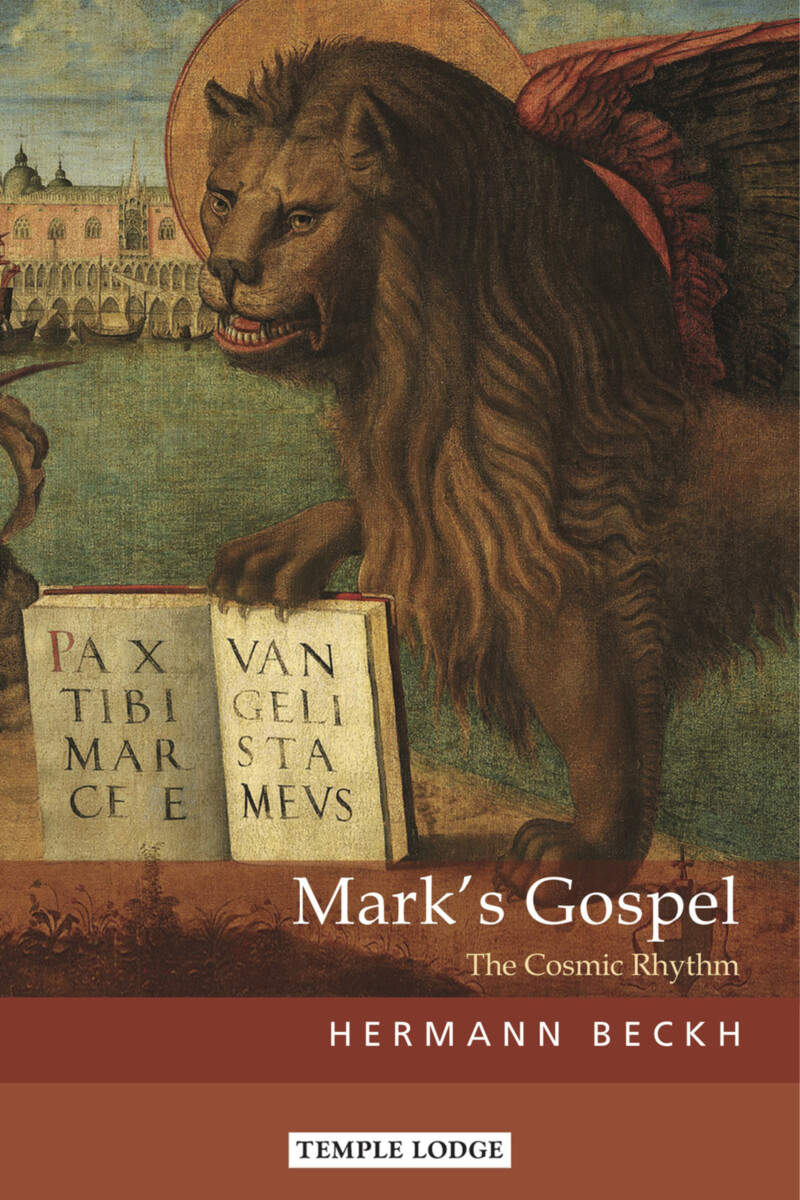 Hermann Beckh’s masterful study of Mark’s Gospel offers much more than scholarly arguments. Rather, it is the work of a true visionary who allows his readers to discover the meaning of the Earth and humanity for themselves. Beckh was in the forefront of entirely new kind of research and recovery of the Gospel, writing more for the future than for his own time.

It is common for biblical scholars to view St. Mark’s Gospel as little more than a compendium of fragmentary sources and a copy of the uncertain memories of early Christians. The Gospel is said to have little historical truth, to lack harmony, and to have no guiding structure.

The German writer Arthur Drews (a contemporary of Beckh) even argued that the text was no more than a simplistic solar myth—with just another Sun hero pursuing his way around the Greek and Roman constellations.

Mark’s Gospel: The Cosmic Rhythm offers a response to such materialistic thinking. During the 1920s, leaders of The Christian Community asked Beckh to write this book, seeking to rescue the desecrated Gospel of Mark from its opponents. Inspired by Rudolf Steiner, and with a vast knowledge of ancient languages (Tibetan, Sanskrit, Pali, and Avestan, as well as Hebrew, Greek, and Latin) the Rev. Professor Hermann Beckh perceived ways in which the Gospel reflects God’s everlasting Covenant and meticulously expressed its aesthetic unity, the consistency of its parts, and its consequent radiant clarity.

Hermann Beckh’s far-reaching understanding of sacred texts in the original languages—always associated with the disciplined meditation he attained through Anthroposophy—led to unprecedented insight. This new edition of his classic study has been revised and redesigned.

Wilt Thou Be Made Whole?
Healing in the Gospels
OR