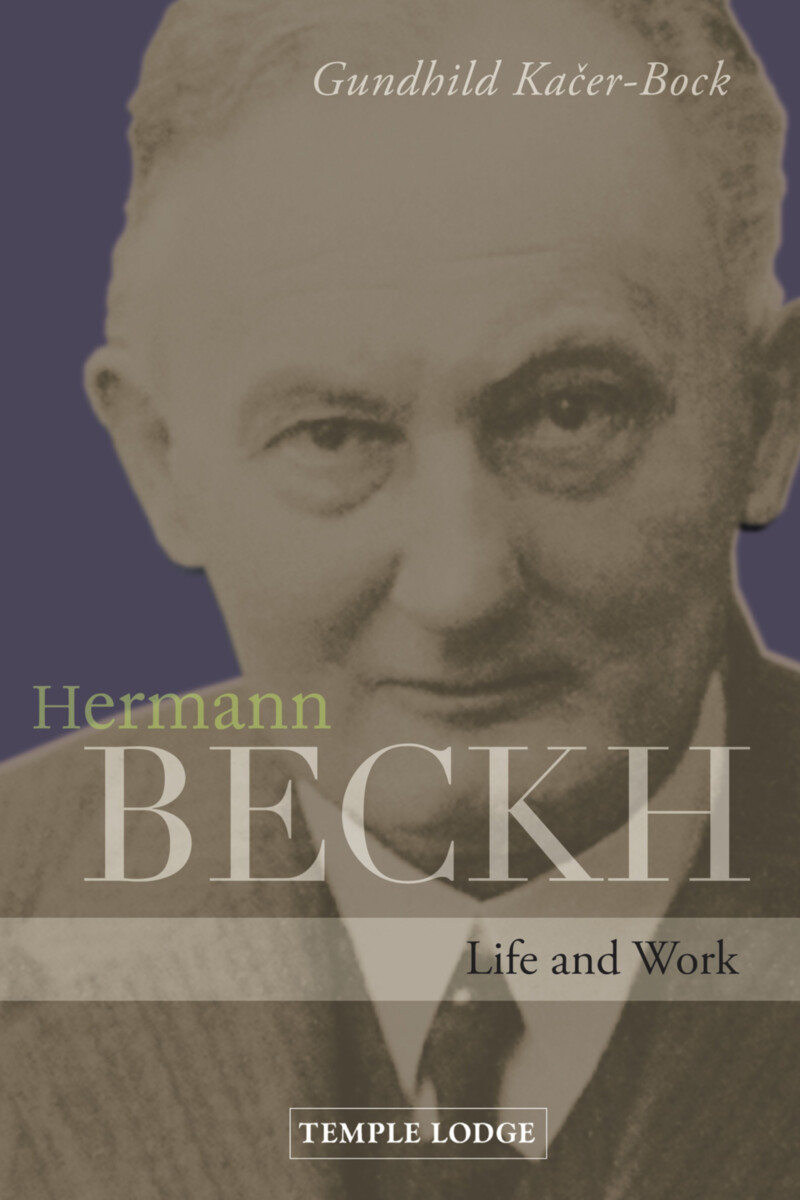 “A University professor, who had been a judge and Orientalist, now became a priest with us. He actively took part in carrying the birth of the new ritual words; he was an expert in the mysteries of language.... An abundance of books came into existence whose significance perhaps will only be properly appreciated in the future.’ —Emil Bock (1959)

Hermann Beckh (1875–1937) was a co-founder of The Christian Community, a linguist and scholar, fluent in twelve languages, and the author of more than twenty works on Christology, cosmology, and musicology. After studying Law, he channeled his extensive research on Hinduism and Buddhism into a renewal of sacramental Christianity. “Without the Professor,” writes his colleague Rudolf Meyer, the beginning of the new movement for religious renewal would be “unthinkable.”

Gundhild Kačer-Bock (the daughter of Beckh’s colleague and fellow author Emil Bock) creates a lively picture of a unique personality. Beginning with his birth in Nuremberg and education in Munich, she reviews Beckh’s numerous studies and writings, his meeting with Rudolf Steiner in 1911, the establishment of The Movement for Religious Renewal in Stuttgart in 1922, as well as the seminal “Christmas Conference” in Dornach at the end of 1923. Having known Beckh personally, she builds on her own memories, Beckh’s recorded memoirs, and newly discovered letters and documents.

This new edition includes Beckh’s fairytale “The Story of the Little Squirrel, the Moonlight Princess and the Little Rose” (with color illustrations by Tatjana Schellhase), with additional appreciations of the author and an illustrative plate section.

Dr. Gundhild Kačer-Bock made a name for herself as editor of Emil Bock's extensive work. She also wrote his biography, which, in addition to Bock's own memoirs, contains a wealth of previously unknown material. She also wrote a biography of Hermann Beckh, a founder and early leader of The Christian Community. Dr. Kacer-Bock died in 2008.