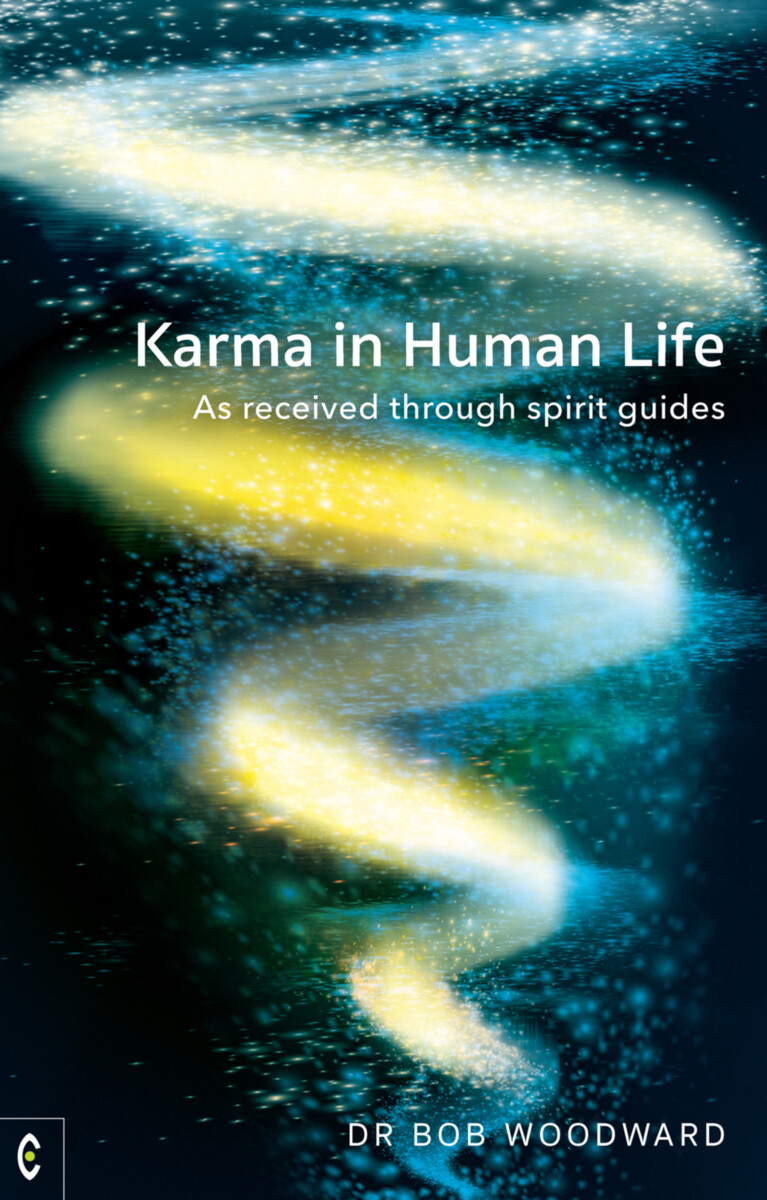 The concept of karma is derived from ancient Eastern religious tradition, but the word has become very much a part of contemporary vocabulary. We speak of karma in the sense of individuals getting “what they deserve”—usually in a negative sense. But is karma a law of retribution or is it based on healing and love?

In this thought-provoking work, Dr. Bob Woodward investigates such issues in conversation with his spirit guides. Beginning with the most basic question of what karma is, they describe how this law of destiny relates to illness, human freedom, relationships and individual development, as well as major world crises such as the coronavirus pandemic, wars and conflicts, global warming, and climate change. They also examine how such key issues might relate to “world karma” rather than to personal destinies.

Woodward’s spiritual guides speak of karmic law as being “filled with compassion.” It is not a law that makes people or beings subservient to some almighty and dictatorial power, but a law generated by love itself. It exists to bring order, recompense, and compassion to all beings in their mutual relationships.

Karma in Human Life offers answers to many questions and enigmas relating to modern-day earthly life.

1. Introduction
2. What Is Karma?
3. Karma in Relationships
4. Karma in Illness
5. Karma in Pandemic
6. Karma in Accidents
7. Karma in Evolution
8. Karma in Freedom
9. Karma in Climate Change
10. Karma in Conflict

Dr. Bob Woodward was born in 1947 in Gloucester, UK. Having studied at state and Steiner schools, he became a coworker at the Sheiling School in Thornbury, a center of the Camphill Community, based on the teachings of Rudolf Steiner. He remained in the Camphill Movement, living with and teaching children with special educational needs, for some forty years before retiring in 2012. He took a special interest in understanding autism in children and young people. At the age of 46, Bob received an MEd degree from Bristol University, followed by an MPhil at the age of 50, and a PhD from the University of the West of England at the age of 64. As well as being a qualified educator, he is a spiritual healer and the author of several books. He has been married for forty-two years and has five grown children and many grandchildren.

Reincarnation in Modern Life
Towards a New Christian Awareness