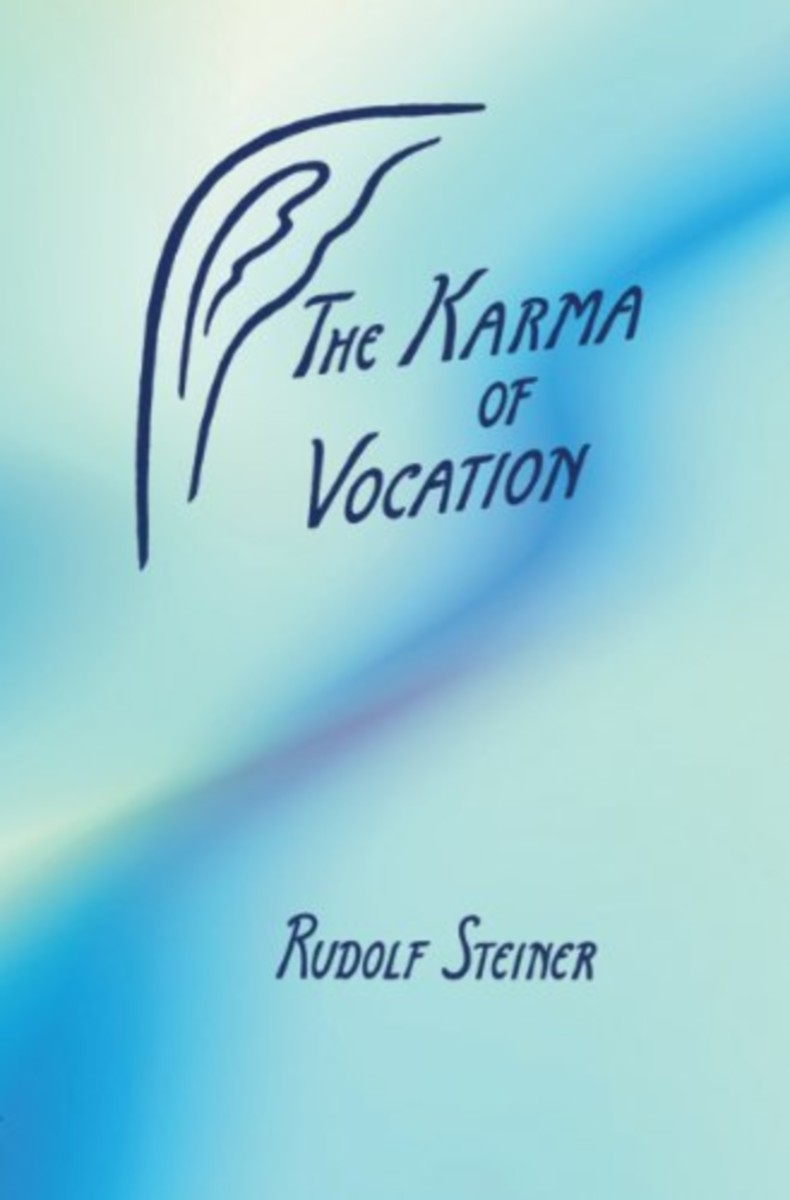 The Karma of Vocation

Usually, motivating ourselves to geth through the demands of daily life is difficult enough; finding the will to excel is even harder. Our occupations can become routine and boring, leading us to to ask: What is the purpose of my work? Is it merely to satisfy the demands of survival, which in turn simply allows me to keep working? Or is it a matter of more disposable income and consumerism? In the end, it can all seem rather pointless.

In these remarkable talks, Rudolf Steiner takes us behind the scenes of the routine activities of vocation where we are shown how the combined vocational activity of all humanity affects the higher suprasensory realms. This activity mobilizes forces that lead to future worlds, which is the "karma of vocation." It prepares new worlds in which we will participate.

By understanding this deeper aspect of our daily work, we can bring new meaning to the most insignificant activities. In fact, we begin to understand that no human work is insignificant; it all contributes to grand cosmic processes. Such understanding helps us to bring new enthusiasm to our work and lives.

Lecture 1. Nov. 4, 1916
Goethe's life as spiritual phenomenon and his relationship to our age.

Lecture 3. Nov. 6, 1916
The connection of the soul-spiritual with the physical during sleeping and waking. The involvement of the animal in the wisdom of the world. The relationship of man's creative activity and vocational work to the total evolution of the earth. Jakob Böhme.

Lecture 4. Nov. 12, 1916
The transformation of vocational life in the beginning of the modern age. Vocational work as a seed for the continuing evolution of the world.

Lecture 5. Nov. 13, 1916
Vocation and official position. Psychoanalysis. The destiny-like formation of life in relation to repeated earthly lives. Aspects of man's essence and their significance for vocational karma.

Lecture 8. Nov. 25, 1916
The life of Galileo in the light of the problem of destiny. Der rechte Liebhaber des Schicksals [The True Lover of Destiny] by Albert Steffen.

Lecture 9. Nov. 26, 1916
The relationship of the human being to the hierarchies. The conjury of destructive forces from the cosmos by the aberrations of human beings. The removal of divine substance from the word. How can the human being of our time find his way to Christ? James Watt. Modern technology as demonic magic.

Lecture 10. Nov. 27, 1916
Ancestor worship, polytheism, monotheism, and the Mystery of Golgotha. Lucifer and the moon mystery. Mithras and Christ.