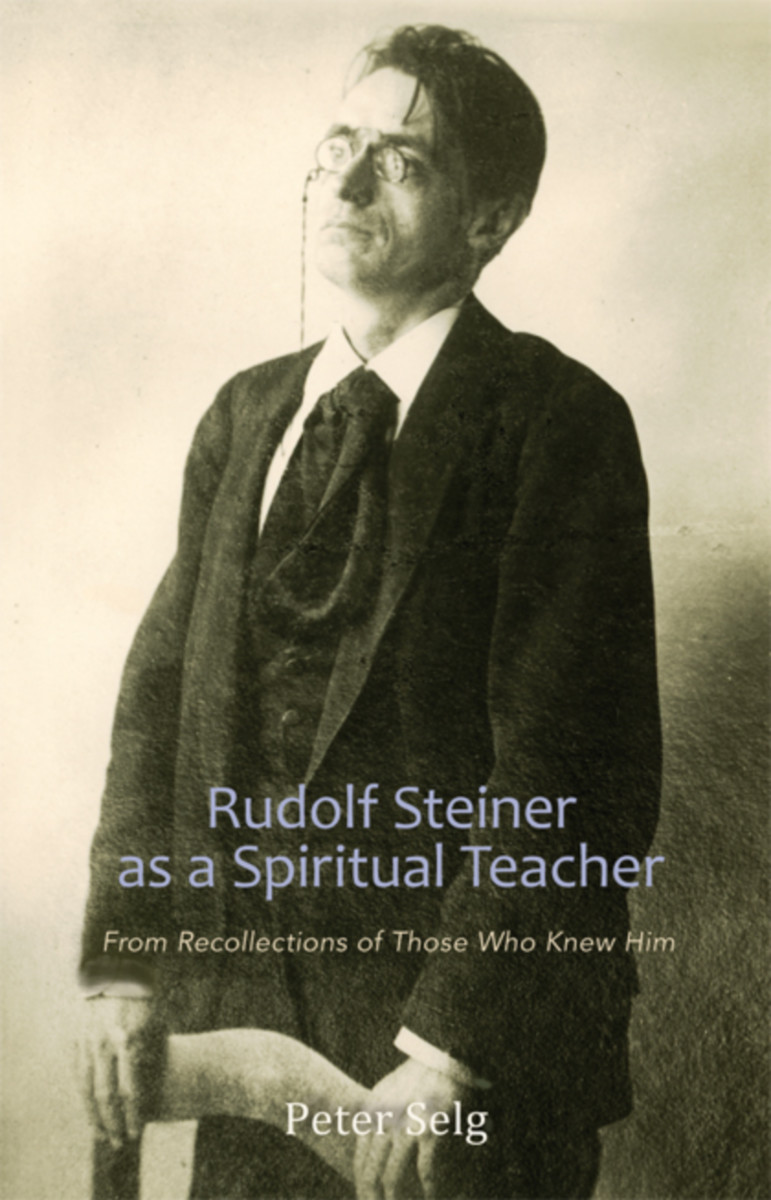 Rudolf Steiner as a Spiritual Teacher

From Recollections of Those Who Knew Him

“He listened extremely attentively, apparently not looking at me at all, but totally devoted to my words.” —Franz Kafka

“The only love that you can show me is to call me anytime, day or night, when you need me.” —Rudolf Steiner (to Friedrich Rittelmeyer)

For Peter Selg, if Anthroposophy to be a living reality, we must learn to know and love Rudolf Steiner as he appeared to those who knew and loved him: namely, as a spiritual teacher. To help us do so, he gathered recollections of those of who knew Steiner personally—“historical witnesses to the ‘living phenomenon’ of the ‘figure of the teacher.” It is his hope that these firsthand accounts will help readers see and experience the amazing, ever-mysterious person that Rudolf Steiner was—a dynamic, energetic “dual citizen” of both the spiritual and the physical worlds. He moved constantly between these two realities, while his whole life was dedicated in service to the spiritual evolution of humanity. Nonetheless, he was also deeply sociable and a true friend, convivial, cheerful, humorous, and always able to enjoy—and tell—a good joke. He was also austere and painfully serious. In other words, Rudolf Steiner was a paradox.

Steiner was “imposing,” but it would be difficult to say why. He was slim; there was no heaviness in him. Indeed, what seemed to strike most people first was his lightness. He moved rhythmically, youthfully, artistically, with quick, light steps, his posture erect but fluid, his head seeming to float between Heaven and Earth. Yet he was fully grounded. When he stood, it was as if nothing could move him. When he spoke, his gestures and tone expressed perfectly what he had to say. He was completely one with what he said, so that he changed as the content changed. Those who listened to his lectures found themselves transported to the source of what they were hearing. Sometimes “ten Steiners” would pass before them. To hear a lecture, was a meditation experience.

Quite another figure appeared in conversations, which filled his every public moment. One experienced luminous kindness, selfless interest, and intense listening attention. It was as tough one were singled out in the world and having a sense of being allowed complete inner freedom. All who came to him for advice felt Steiner’s love. They felt that he saw the best in them and spoke from that point of view, whether it was a matter of life’s journey or esoteric training. By his example, then, he sought to exemplify the kind of spiritual community toward which he hoped anthroposophists would strive.

For anyone who has wondered what Rudolf Steiner was like, this book will open many windows.