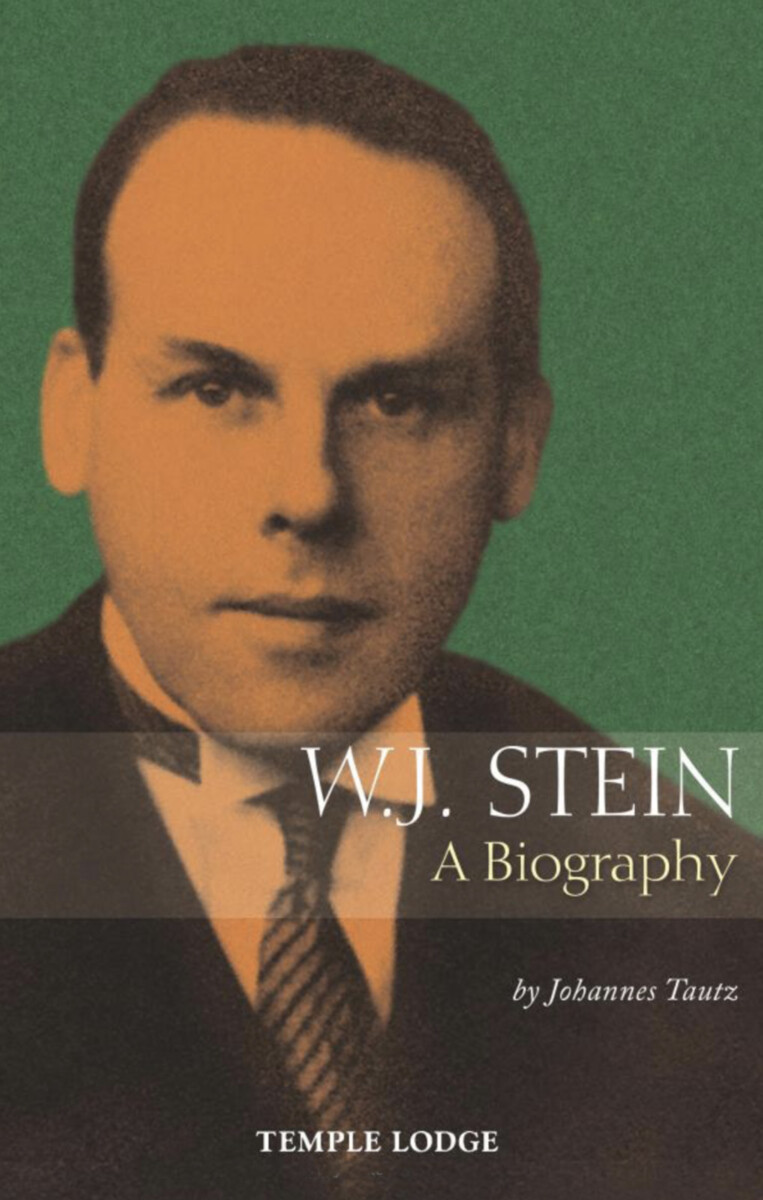 Based on personal knowledge and intimate interviews with his subject, as well as access to W.J. Stein’s archive of letters and documents, Tautz’s biography is a thoroughly-researched and lovingly-detailed study of an exceptional life.

Walter Johannes Stein (Feb. 6, 1891, Vienna – July 7, 1957, London) was an original pioneer of Anthroposophy. A student of the Austrian philosopher Rudolf Steiner, Stein met his spiritual teacher while studying at Vienna University. After serving in World War I, Stein was invited by Rudolf Steiner to teach history and literature at the fledgling first Waldorf school, located in Stuttgart—despite the fact that Stein’s doctorate was in philosophy and his training in mathematics and physics. Through his efforts to master the new disciplines required, and with the aid of unconventional methods of research, Stein developed groundbreaking new insights into the legend of Parzival and the mystery of the Holy Grail, which led to his seminal work, The Ninth Century and the Holy Grail.

Johannes Tautz describes Walter Stein’s close friendship with Eugen Kolisko, his struggles to help establish the threefold social order, his work as a lecturer at the Goetheanum in Dornach Switzerland, and his eventual estrangement from the Anthroposophical Society following Rudolf Steiner’s death.

After journeys of discovery across Europe, Stein made his home in London in 1933, having become a refugee from the Nazi aggression in Central Europe. In England, he met his mentor D.N. Dunlop, who employed Stein to help establish the first “World Power Conference.” Based in England for the final twenty-four years of his life, Stein became a prolific and popular lecturer and editor of the important anthroposophic journal, The Present Age.

This important work is a welcome addition to the growing number of biographies on early pioneers of Anthroposophy.

I. Setting Forth into Life

1. Prologue
2. “Grown up in Anthroposophy as by Matter of Course”
3. Childhood in Vienna
4. At the Schottengymnasium
5. Friendship with Eugen Kolisko
6. Destiny Calls
7. Study of the Theory of Cognition throughout World War I

1. A Historical Year of Decision
2. Fighters for the Threefold Social Order
3. “A Festive Deed in Earthly Life”
4. The Waldorf Teacher
5. The Midpoint of Life
6. The Grail-book
7. The Goetheanum Lecturer