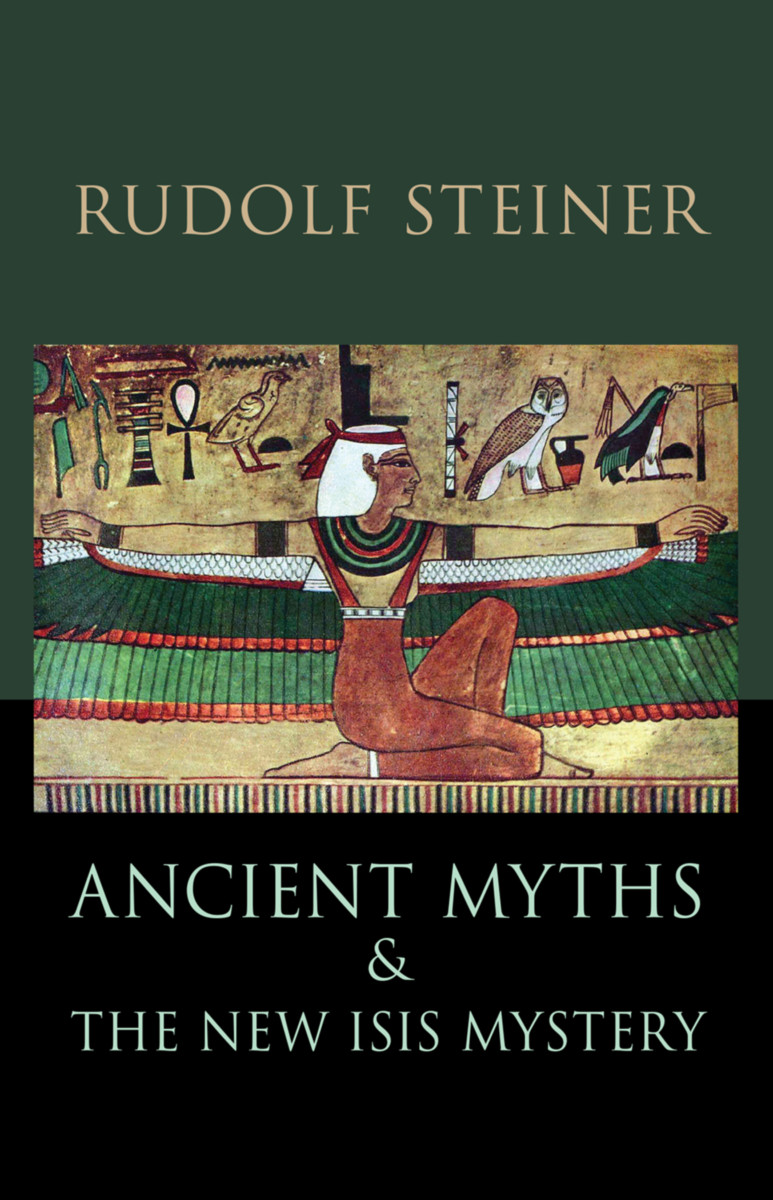 “In the course of my recent public lectures in Switzerland, I have repeatedly said that the knowledge, the way of thinking currently prevailing and indeed deeply rooted in the human soul, is ill suited to deal with social and moral life. Present conditions can be restored to a healthy state only if people are able to find their way back to a thinking, a grasp of the universe, that will give what lives in the soul a direct link with reality.” — Rudolf Steiner (Jan. 4, 1918)

Ancient myths are an expression of great truths about the nature of the universe and human development. Through mysterious, lively images, they describe knowledge of a people’s origin, their place in the cosmos, and their unique state of consciousness. Because modern consciousness has become so abstract, such stories challenge us to exercise a different kind of consciousness to experience their truths and reunite with the realities they describe.

In these eight lectures, Steiner looks at Egyptian, Greek, and Hebrew myths, illustrating how they express people’s consciousness then. He views in the Osiris–Isis story an expression of the loss of direct perception of the invisible, suprasensory realm. He shows the connection between that loss and the challenge we face today in bringing new life to our abstract thinking and understanding the world.

Steiner offers remarkable a new Isis legend. In the Egyptian myth, the veiled Isis says, “I am the All. I am the Past, the Present, and the Future. No mortal has yet lifted my veil.” In the New Isis legend, as told by Rudolf Steiner, the Isis figure states, “I am the Human Being. I am the Past, the Present, and the Future. Every mortal should lift my veil.” This extraordinary story challenges modern humanity to awake to a new consciousness of the spiritual forces that work in our lives and in society. We are to bear this new spirit within us with increasing understanding and a fresh sense of responsibility.

This book offers tremendous inspiration to transform our head knowledge into heart knowledge and to lift the veil to spirit and know our place and purpose in the past, present, and future.

LECTURE TWO: January 5, 1918: Development of consciousness reflected in myths. Osiris myth and change from picture writing to letter script. Myths and human physiological wisdom. Puberty and consciousness. Forces behind nationalism. Development of abstract thought. The sign of the cross.

LECTURE THREE: January 6, 1918: Moral impulse and Old Testament God as creator of human beings. Osiris myth and human experience of spiritual through Imaginations. The veil of Isis. The legend of the New Isis. Regaining power of the Word. Eulenspiegelism. Becoming older consciously.

LECTURE SEVEN: January 13, 1918: The human being as the solution to the world mystery. Natural science and Spiritual Science. The spiritual universe and the physical Earth. Human birth and death and the spiritual universe. Human development and future life of Earth. The value of myth. The limitation of logic. The independent human “I” and the cosmos. Spiritual knowledge today. The World War. Spirit and Earth’s future.

Read the Introduction by Signe Schaefer